Vivero In The Time of COVID-19

After 3 weeks of voluntary isolation from the Vivero La Esperanza in San Juan Tecomatlan
Brad and I decided to pay a "stealth" visit in the early evening this past Thursday to see how the plants were doing.  We figured if we went late in the day the odds of running into any of the Vivero kids or community would be low. 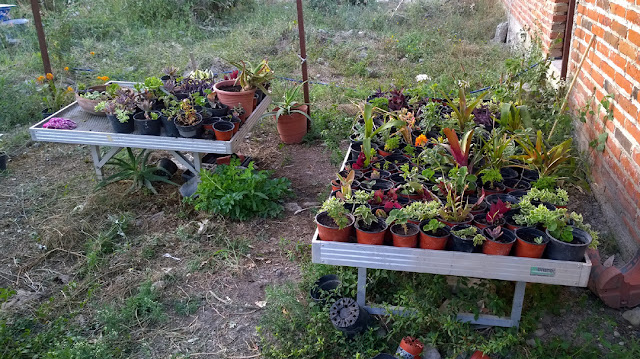 
Not knowing what to expect, we were pleasantly surprised to see the plants had been watered, albeit less than ideally desired, but nevertheless they had been kept alive. 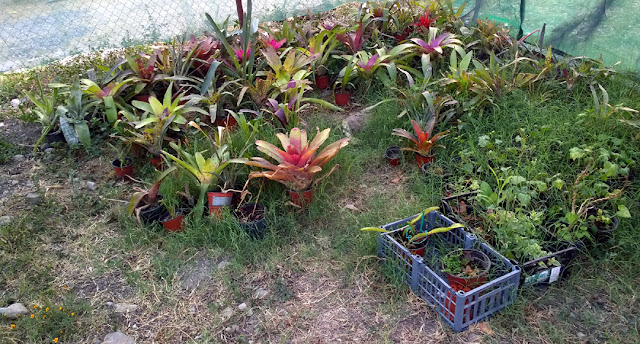 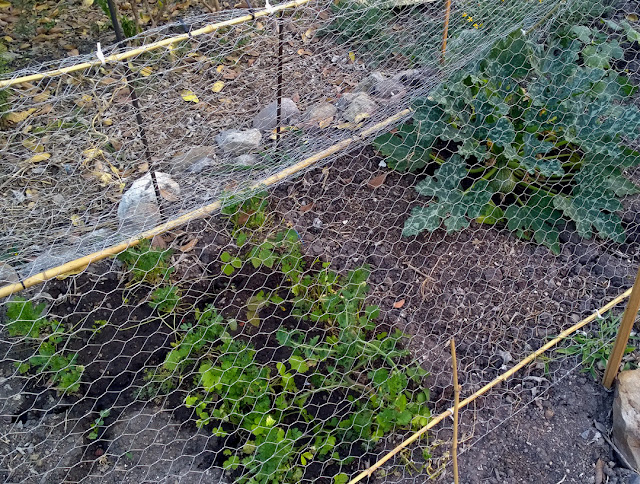 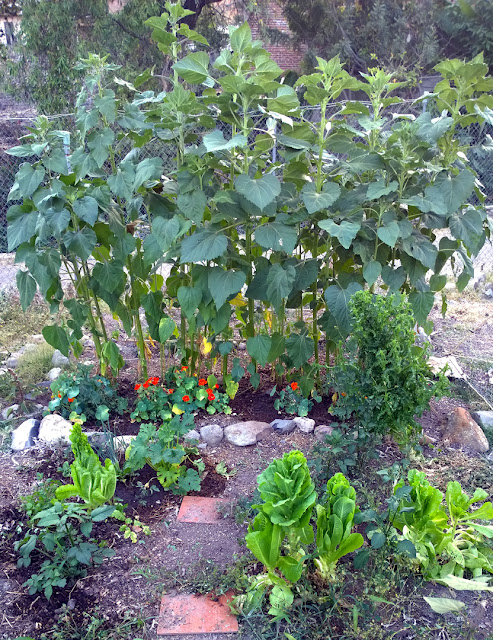 The anti-gallina structures had worked their magic and the plants had grown into adulthood.
Our girasoles, nasturtium and lettuces were growing well.  From the look of the lettuces I
saw that the Vivero Kids had harvested them for their own use. 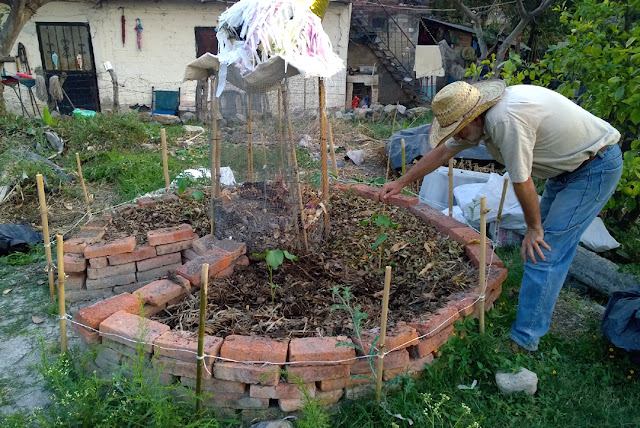 Brad brought brown and green cotton trees that he had germinated
to plant in the garden. 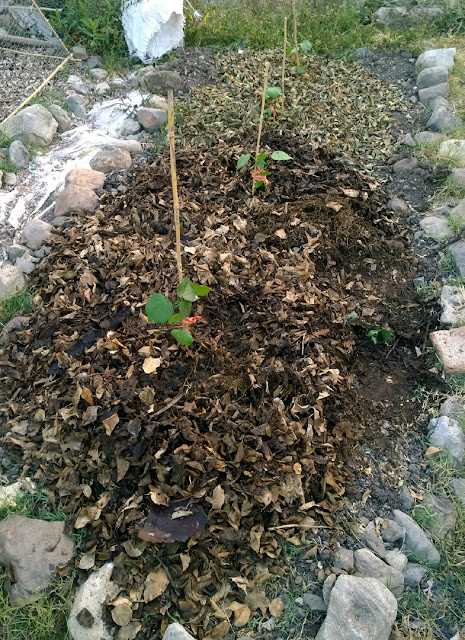 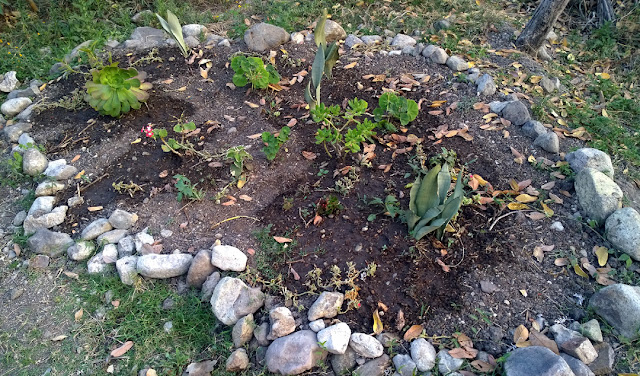 3 weeks ago the kids had created this garden.  Due to the heat and lack of watering
the plants were stressed...so we watered everything profusely. 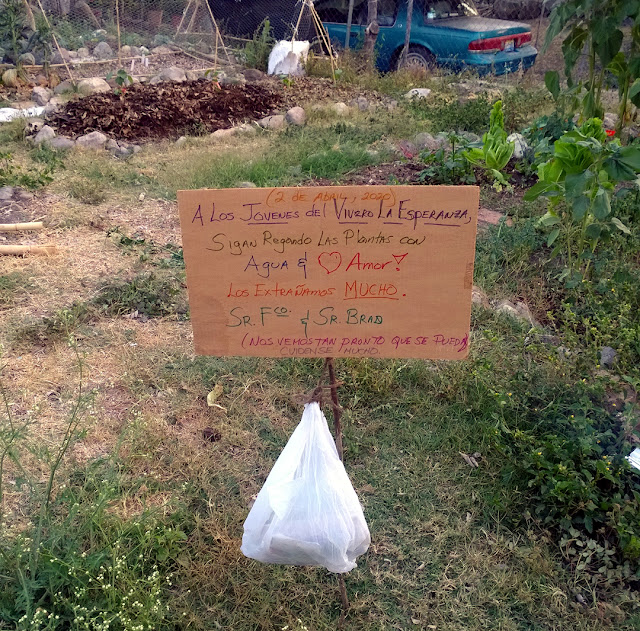 During our time in the Vivero a few community folk passed by and waved to us.

I knew the kids would notice we had been in the Vivero so I left a sign and some seeds
for them to continue their planting. 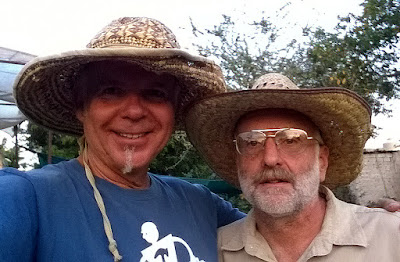 Honestly, this has been one of the hardest challenges about this "virus" time...
not being able to see the Vivero folk every week.

Our hopes are that this time of isolation will be over soon.

The Crew of Vivero La Esperanza
San Juan Tecomatlan
Posted by Art Xik Xik at 6:59 AM No comments: