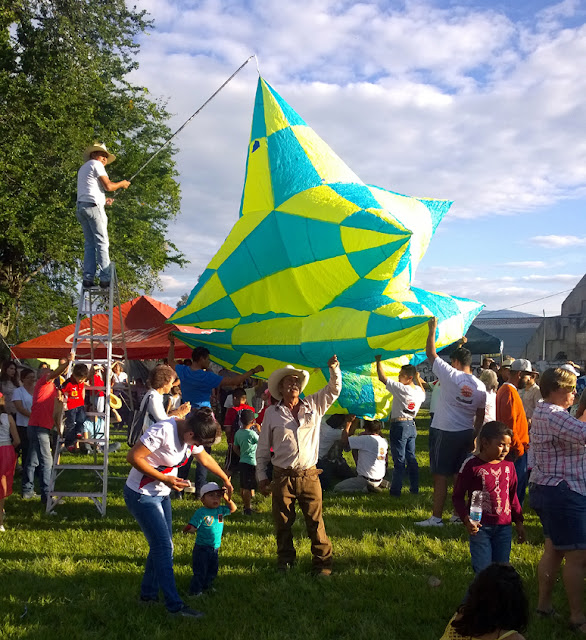 One of my favorite local traditions is attending the annual Globos Regatta in Ajijic. 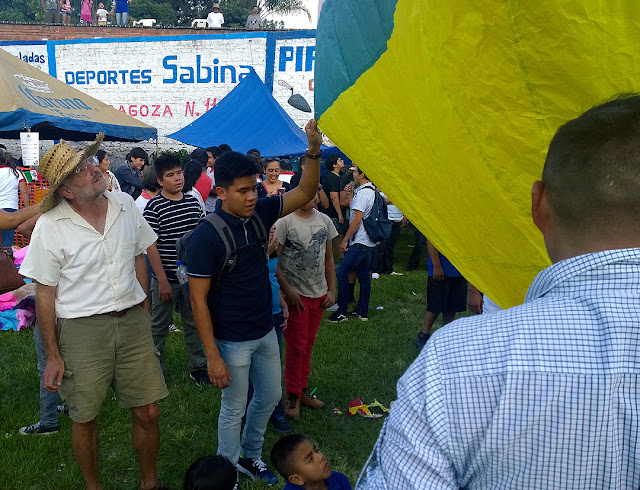 Brad and I arrived to the well attended event with cooler, blanket and beach chairs in hand. 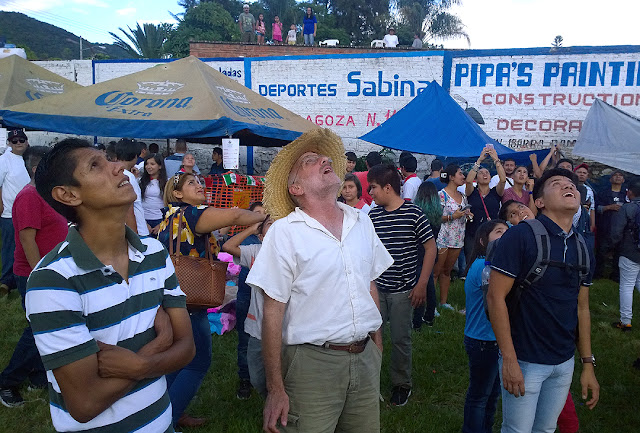 The globos did not disappoint. 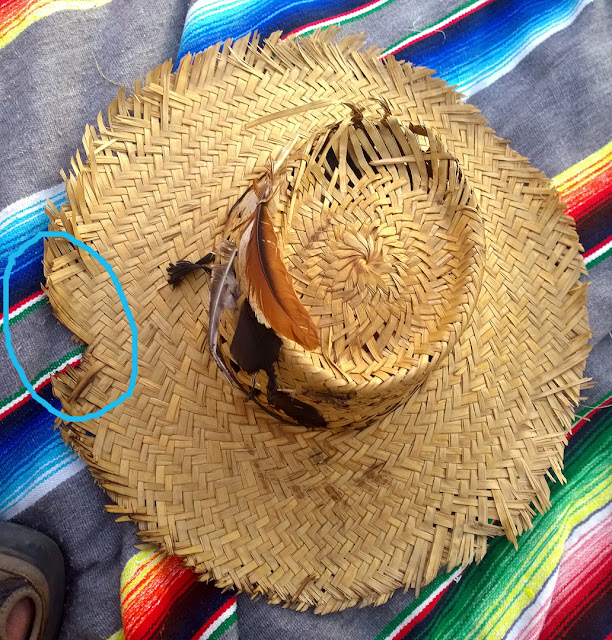 In fact, one landed on Brad's hat, singeing the edges. 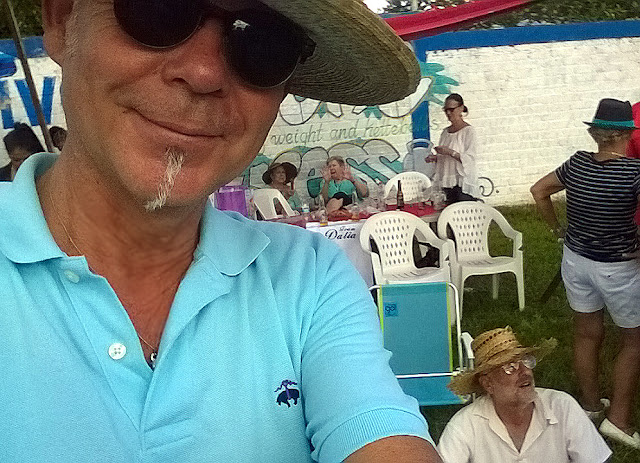 We settled at our friend Mary Ellen Rushworth's table. 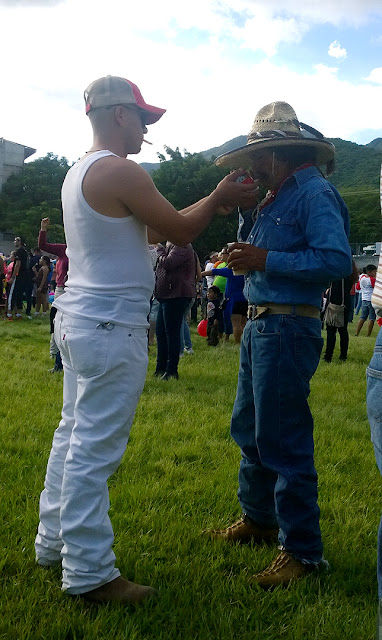 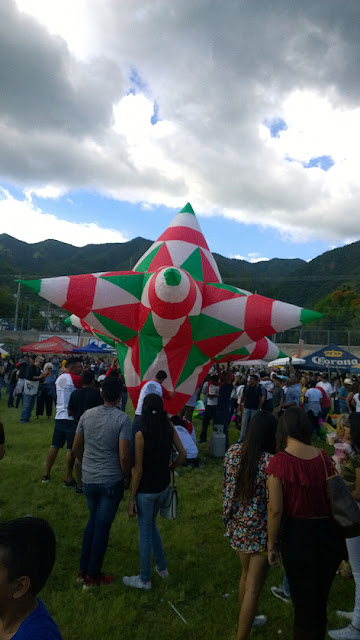 Some of the globos were intricate and spectacular! 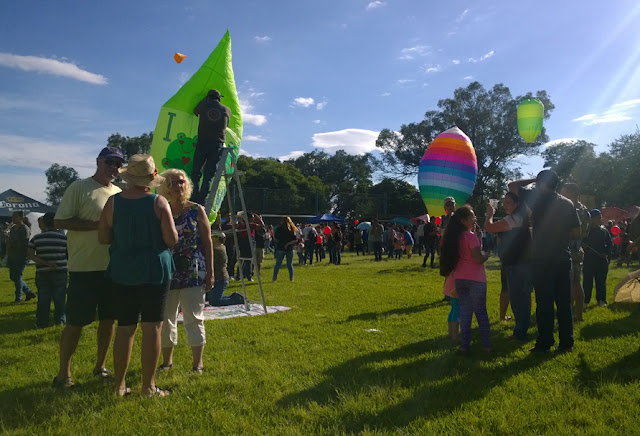 And our sunkist afternoon was delightful. 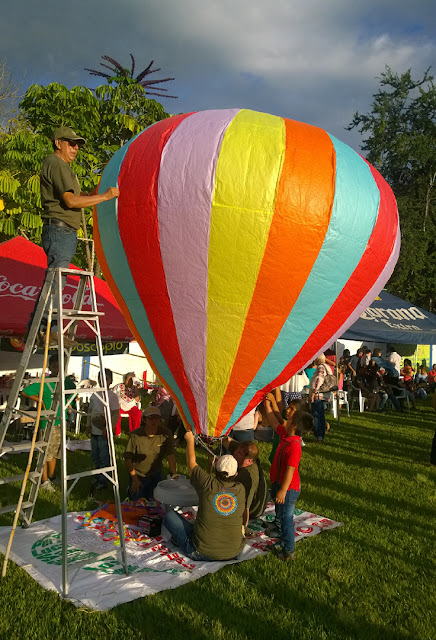 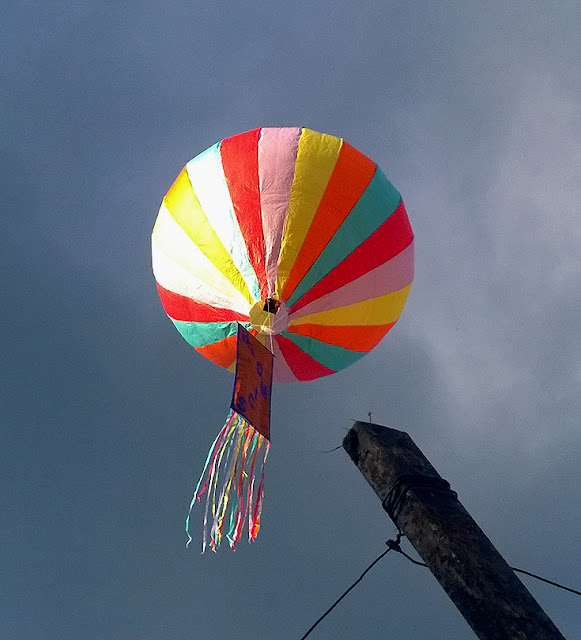 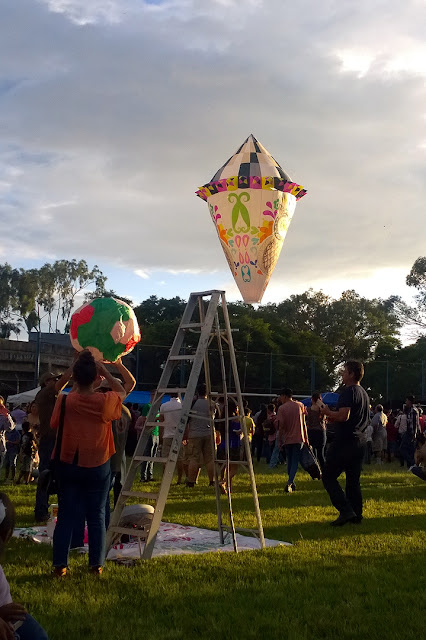 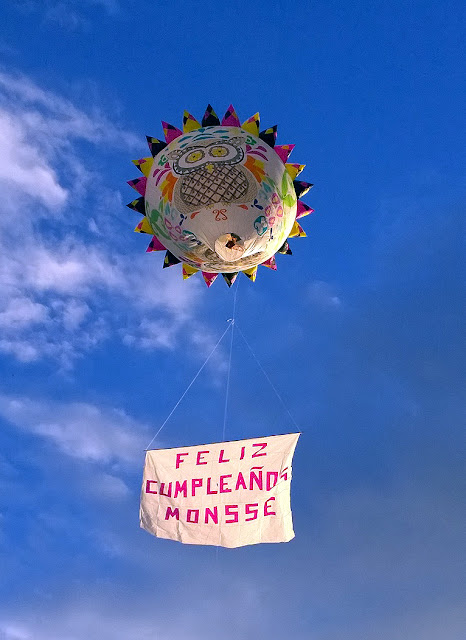 As is tradition, several of the local businesses make or have a globo made with their logo. 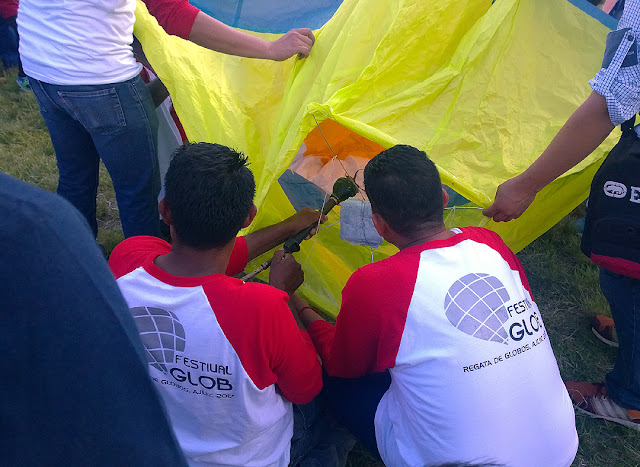 Our friends Jim and Reuben from Gloriosa Salon were present for the launch of their globo. 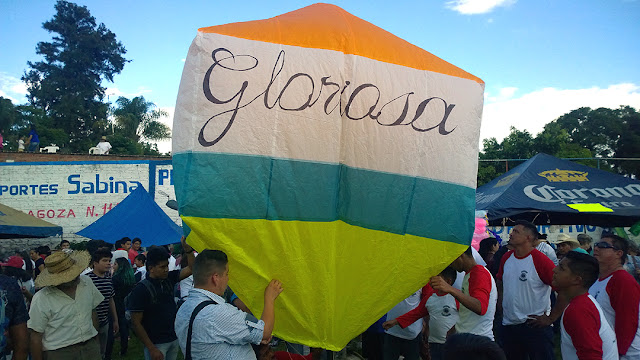 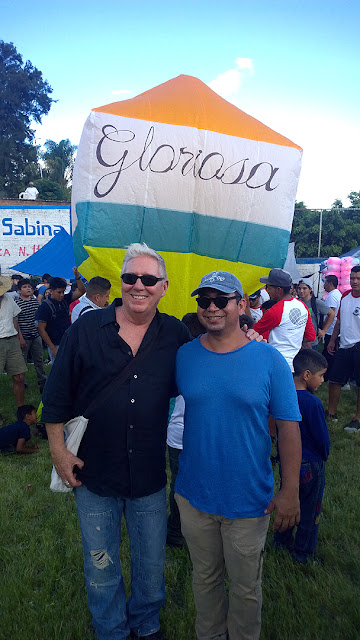 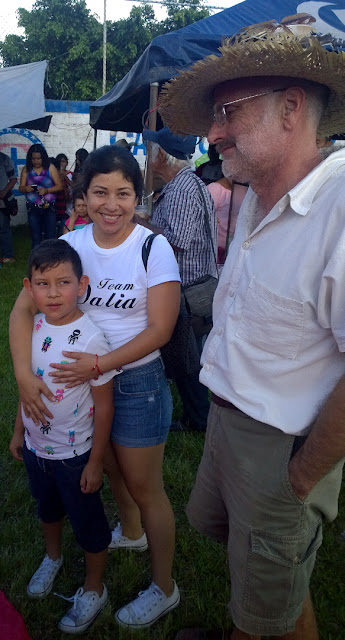 Our friends from corazon creativo, an amazing shop at Galeana # 14 in Ajijic, also had a globo made.
We all gathered together to launch it. 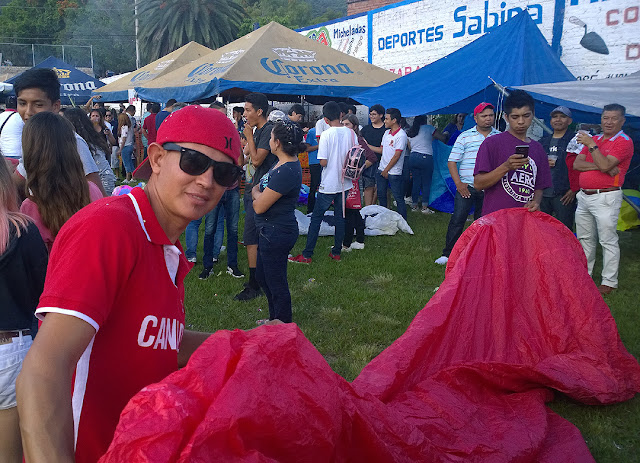 Javi spreading out the globo. 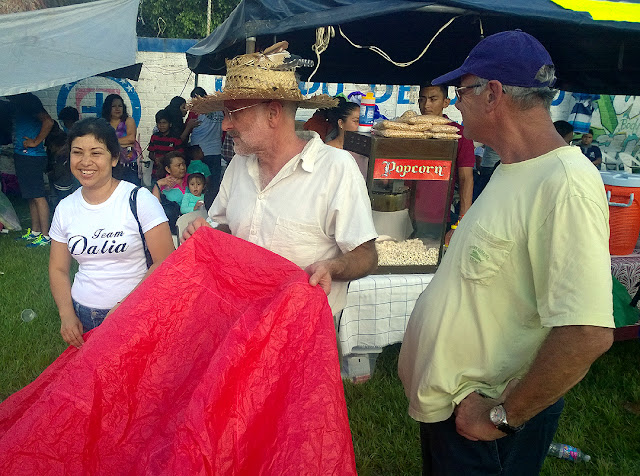 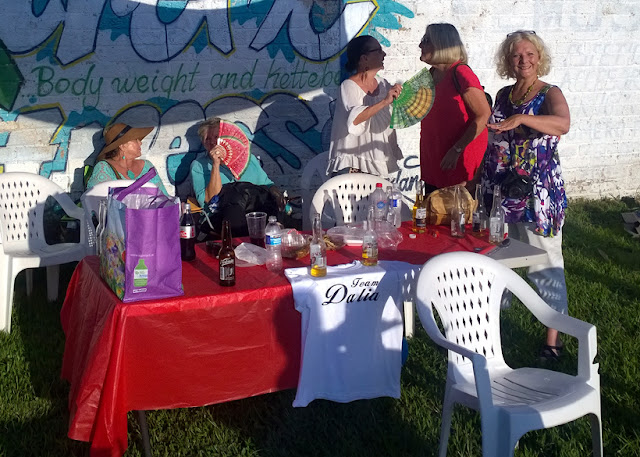 Mary Ellen attends to her guests at the corazon creativo table. 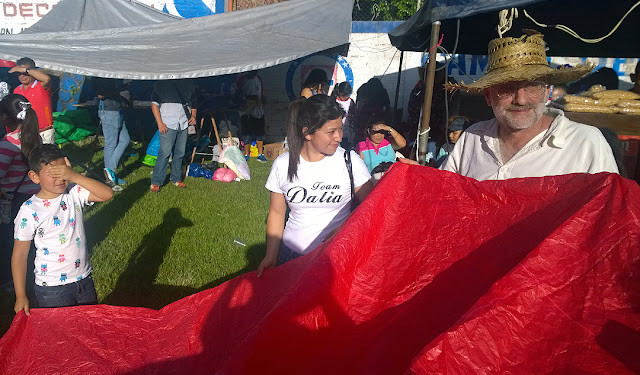 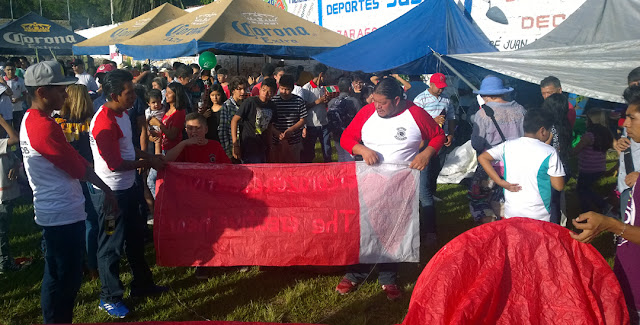 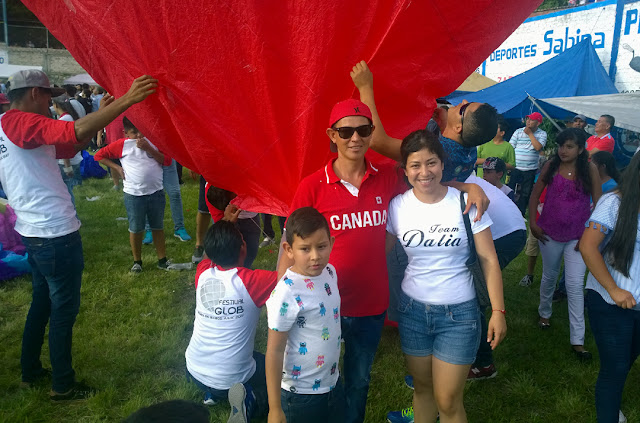 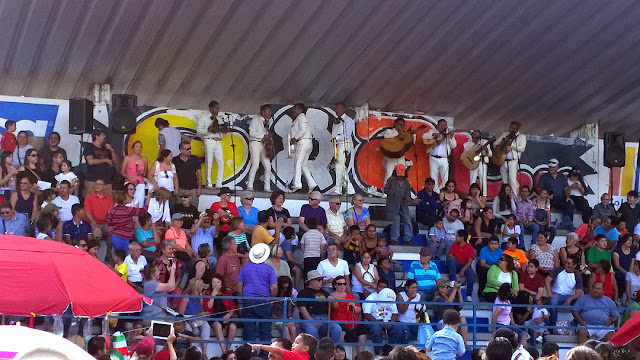 The mariachi entertained us all afternoon. 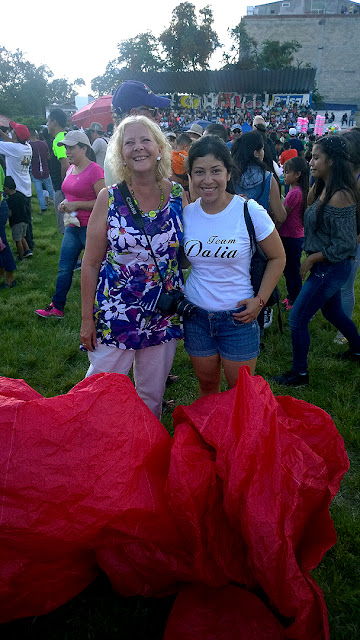 Mary Ellen and Moni help in the launching of our globo. 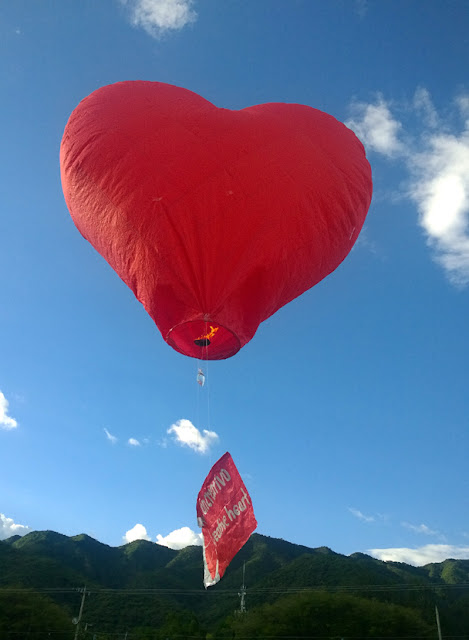 In a flash, the globo was filled and took off. 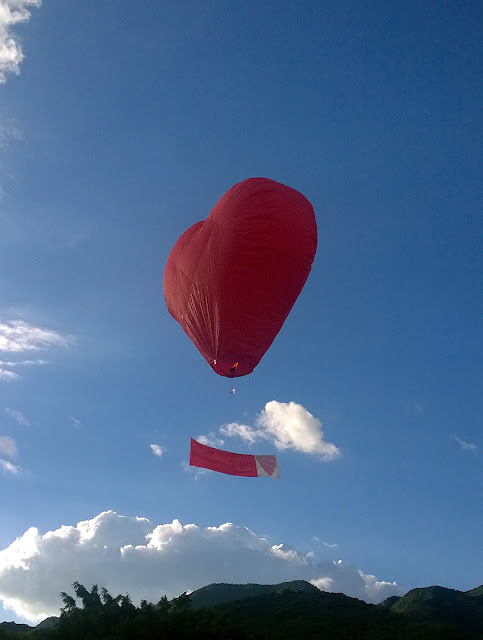 We watched with baited breathe as the globo flew higher and higher, happy that the wind did not disturb our globo's flight. 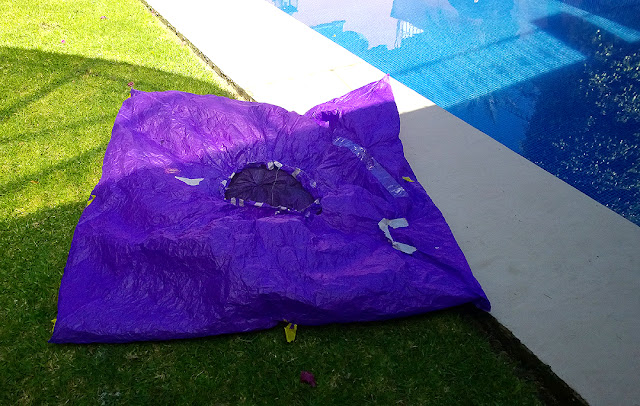 As I returned home, I watched the night sky and saw many more globos flying overhead.

This morning I was gifted with a spent globo, almost intact except for the fire element.  I'm happy that the globo decided not to burn upon its arrival.