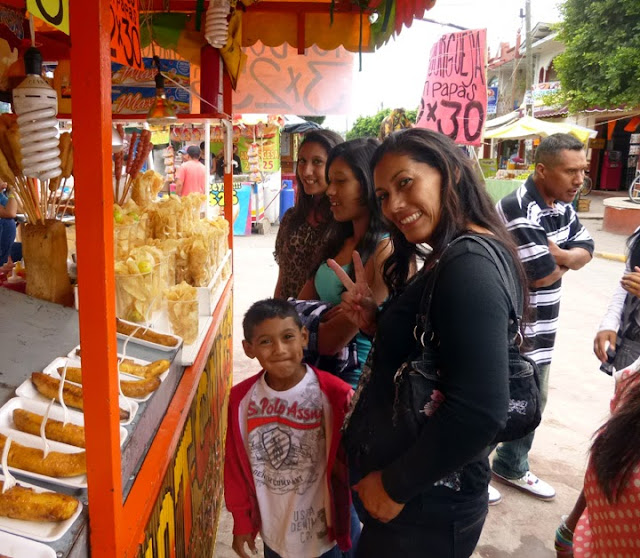 We arrive hungry....what a surprise!
This year we were invited to the Fiestas Patronales in Ixtlahuacan by Santiago, Mari and their family.﻿
The fiestas revolve around the feast of St. James the Apostle.
(from Lake Chapala Review)
﻿
Santiago (the Apostle known as St. James the Greater) is the patron saint of the nearby village of Ixtlahuacan de los Membrillos. The nine days of patron fiestas begin July 16 when the people of the neighboring village of Buena Vista arrive carrying a statue of Santiago — riding a horse in Spanish finery and a canteen and Ixtlahuacan’s signature fruit — membrillos (quinces). 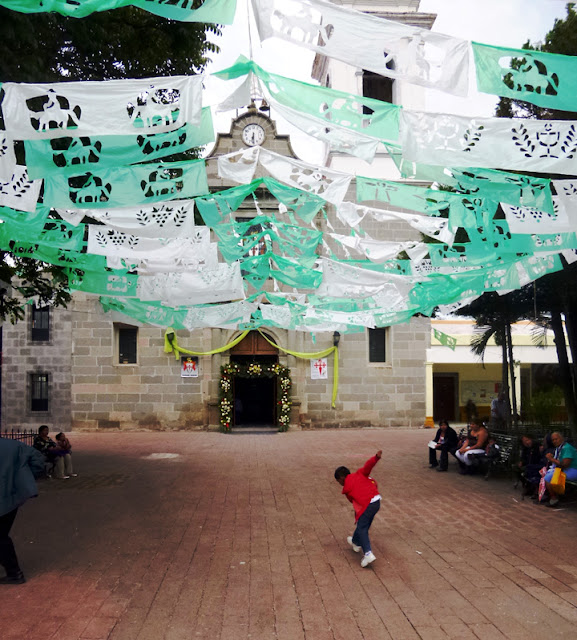 Ivan entertains himself in the church plaza. 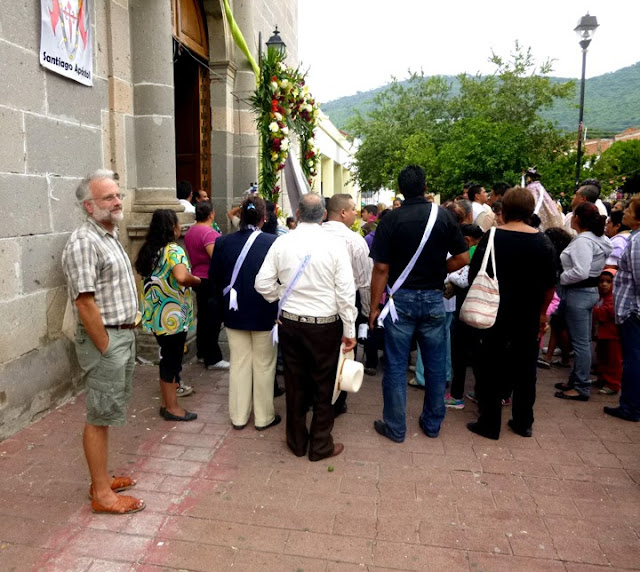 Awaiting the arrival of Santiago
How did James, the apostle become patron saint of Spain and is depicted as an upper class Spanish knight? A dozen legends tell various ways of how the remains of James (who was beheaded in 44 A.D.) were interred in Santiago de Compostela. It became a popular early Middle Ages pilgrimage destination called the Way of St. James. Later legends tell that St. James the Greater miraculously helped the Spanish triumph over the Moors and was nicknamed Matamoros or moor slayer. 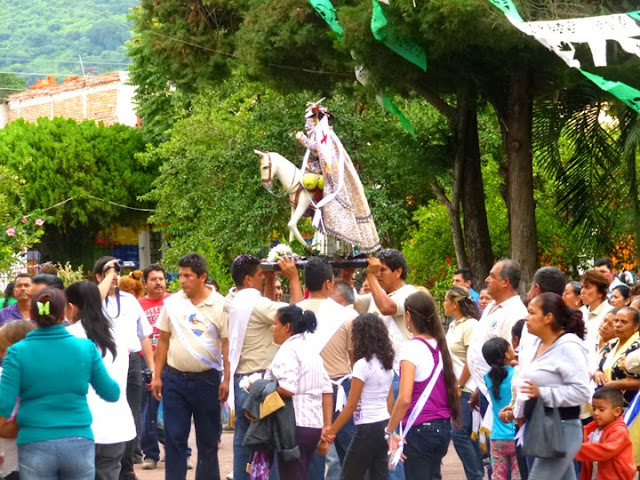 Santiago Arrives at the church 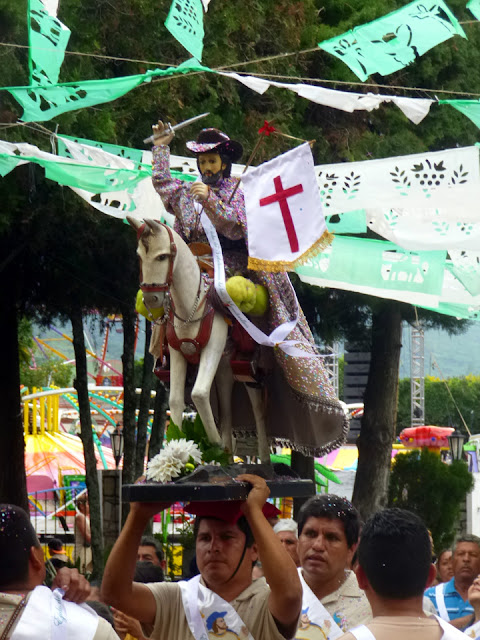 With cheers, confetti and music, thousands of Ixtlahuacan residents await the arrival of the image of their patron to join in a procession with skyrockets, chants, and prayers and church bells to accompany their saint, St. James, Santiago, the Matamoros, to the church in the center of town.
Nine days of fiesta continue — ending on July 25, the feast day of Santiago. During the fiesta, townspeople greet the pilgrimages of the faithful from other area villages including Riberas del Pilar and San Antonio Tlayacapan. As in other towns, the fiesta includes early morning and evening processions to the church, and time for townspeople to gather in the plaza where the children enjoy the carnival rides, the teens dance to the music of the day’s band and the older set catch up with friends and family members. Each evening ends with fireworks — the beautiful towering fixed piece called the castillo or castle. 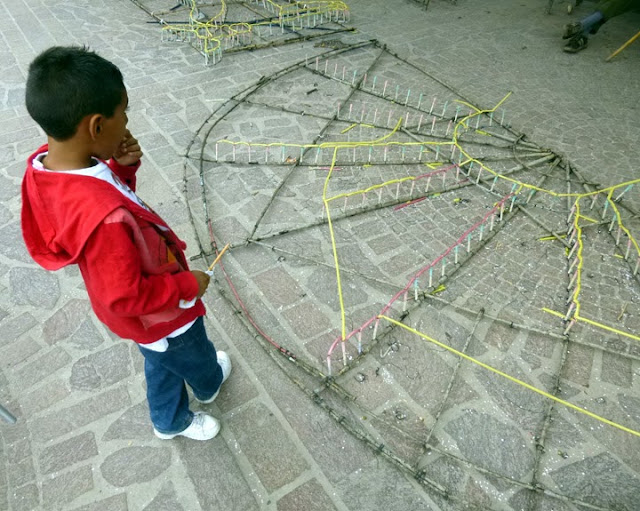 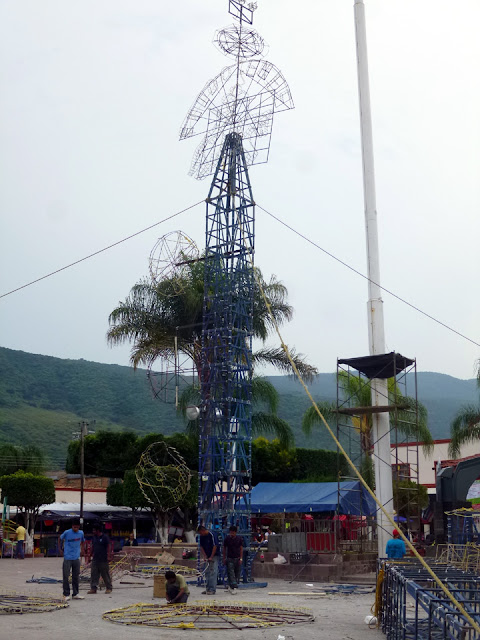 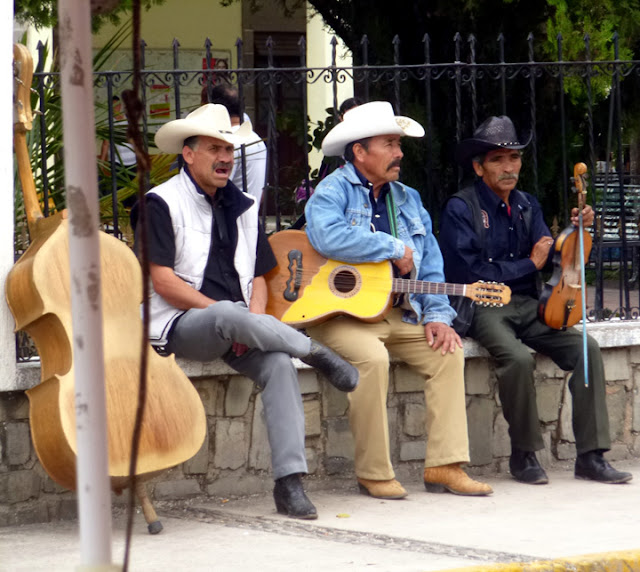 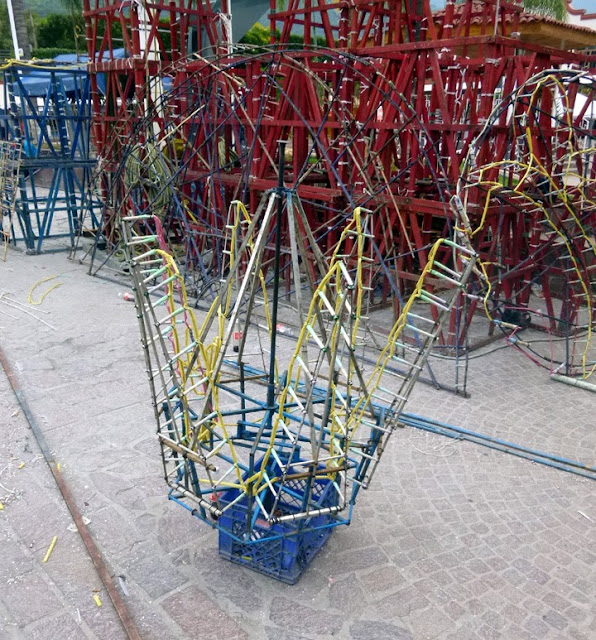 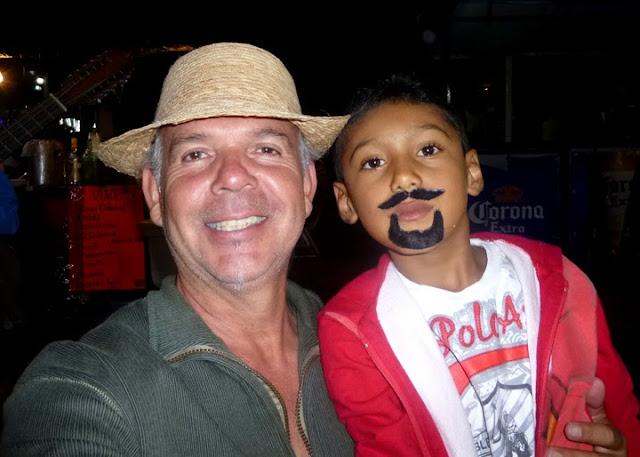 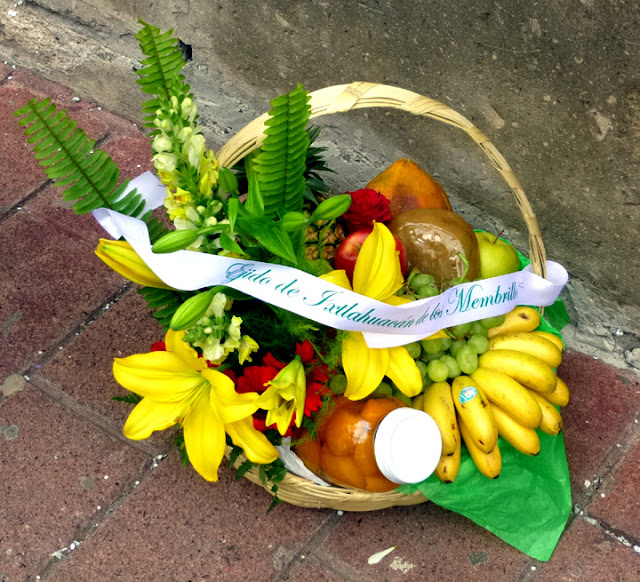 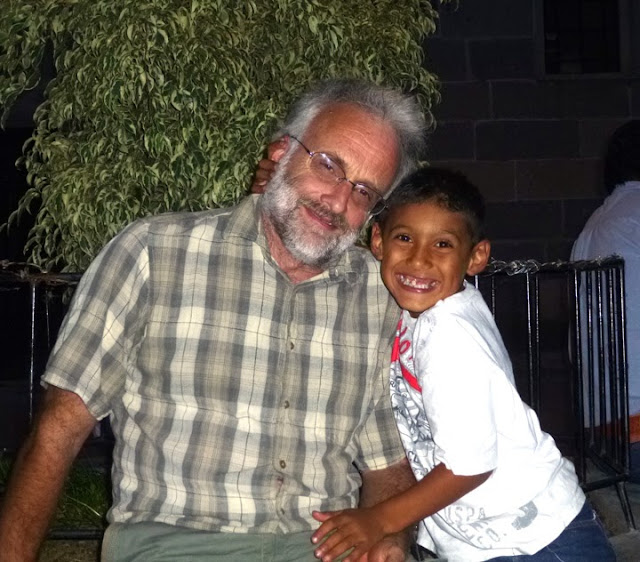 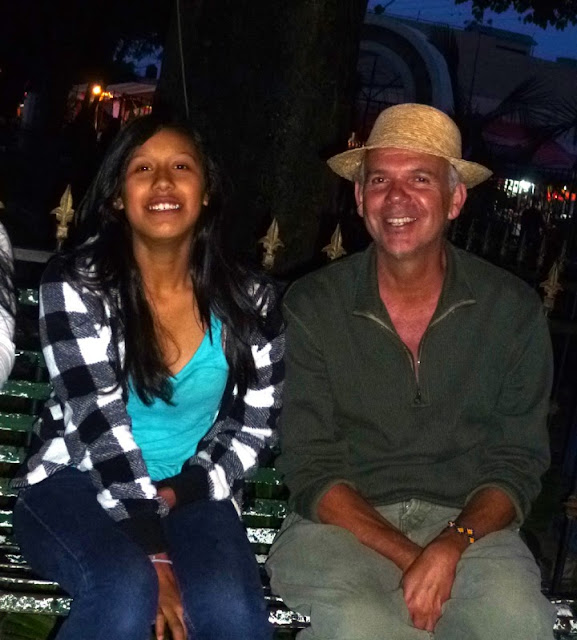 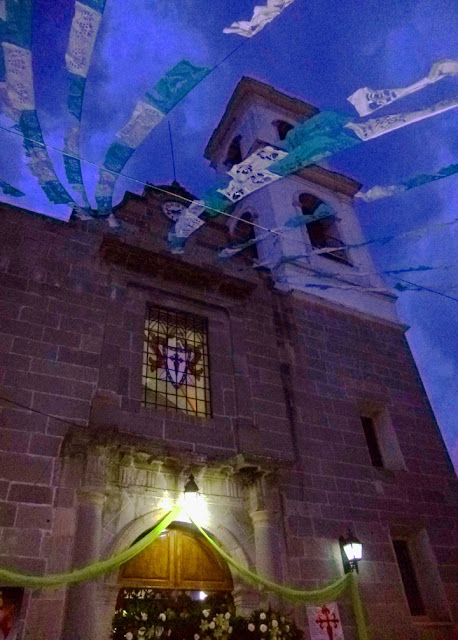 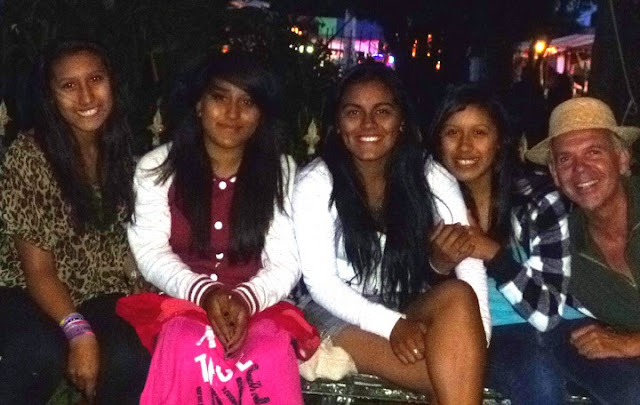 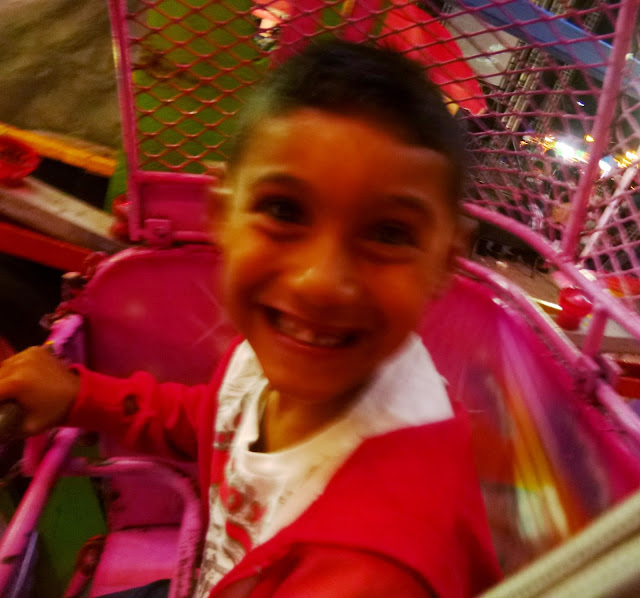 
As fate would have it, Ivan wanted to take in the carnival rides and asked me to join him.  I noticed no one else volunteered to ride the Ferris wheel with Ivan.....hum?  Once we were locked into our seats the fun began.  Ivan found it amusing to swing our chairs and test their limits.  This also tested my wits....but exhilarating it was! 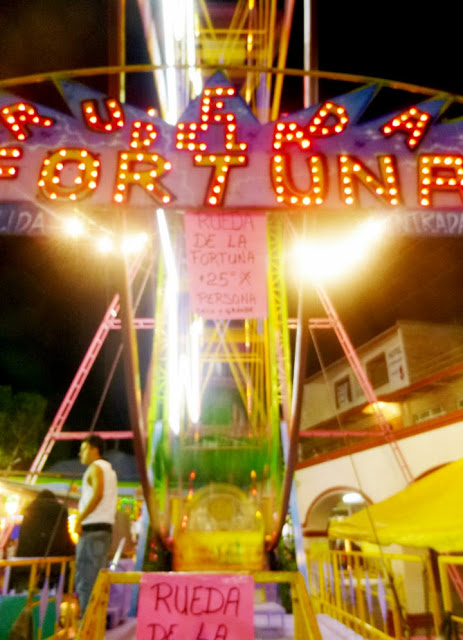 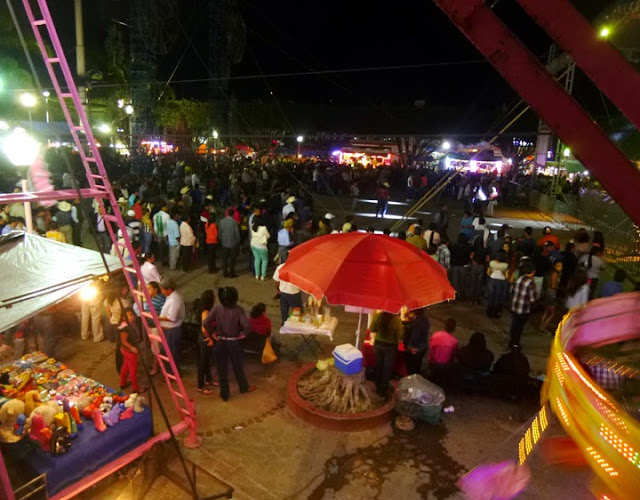 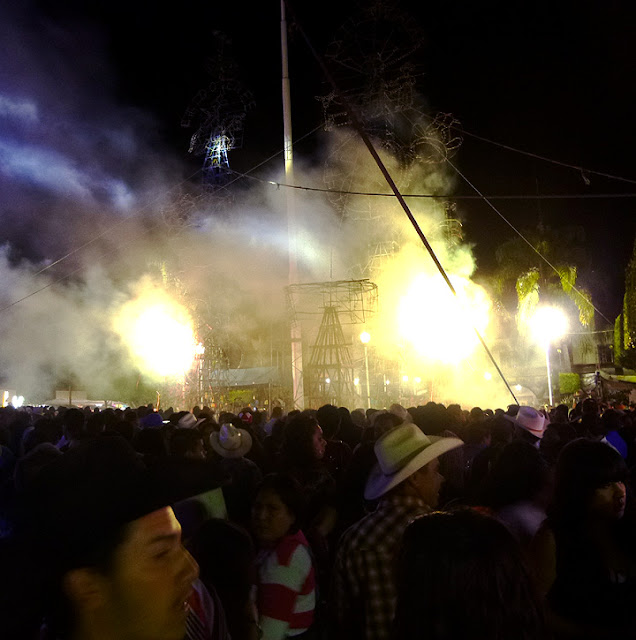 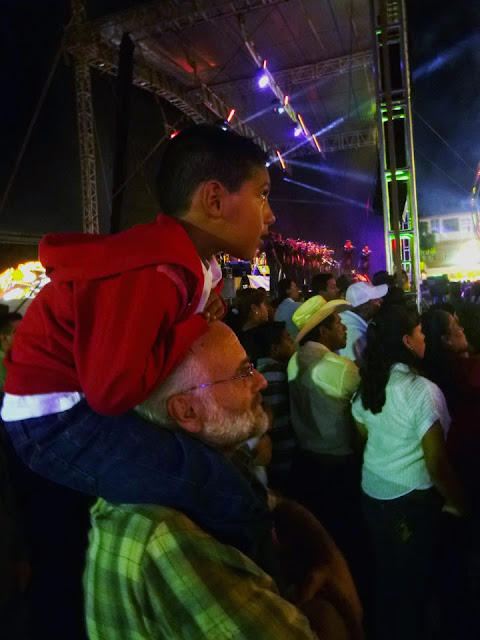 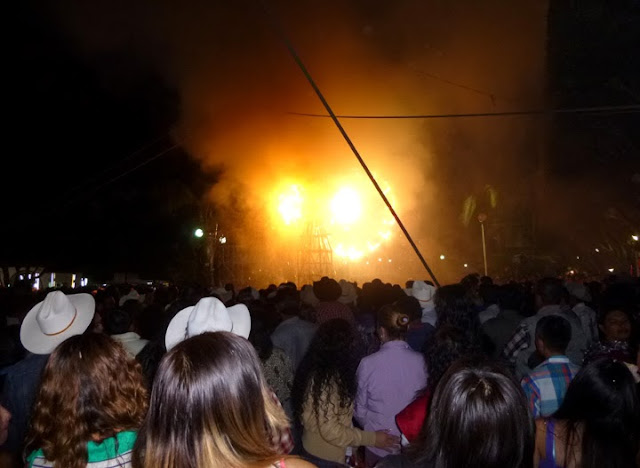 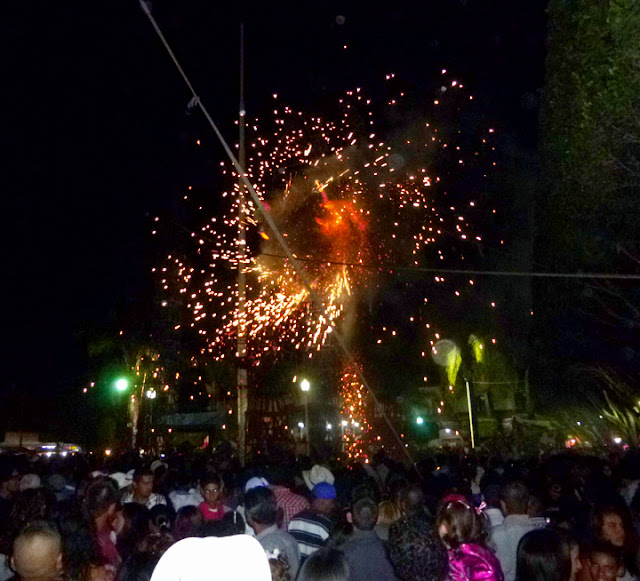