A year + now in Mexico. April was our 1 year anniversary here. Hard to believe a year has flown by. The swallows frequent our pool at sunset, dipping so skillfully, to quench their thirst in the aqua marine waters. I float in the afternoons on my green raft, after the workday is done, anxious to watch my Mexican hummingbirds, the Amazilia violiceps or Violet Crowned hummingbirds dipping themselves entirely in the waters, not just taking a sip. Our Cave Swallows follow suit. They do 2 fly-bys....usually the second fly-by successful in netting them a billfull of water. Then we explode Shubert from the terraza and the bats Pallas’s Long-Tongued Bat (Glossophaga soricina), dance to this eternal music, dipping to and fro. As the sun sets and the clouds build with Tlaloc's angry clashing of shields, the lighting and thunder show starts...always a thrill. This never gets old. The winds follow and then the rain engulfs us entirely, drenching us heart and soul. This is Mexico in the rainy season....so welcome....so wanted....so comforting. 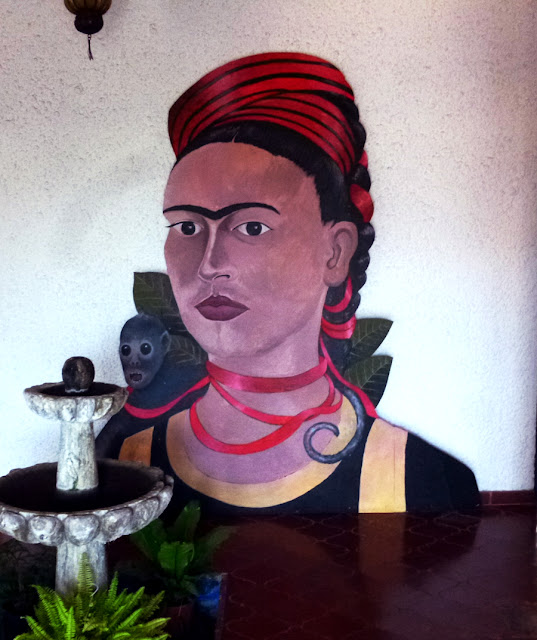 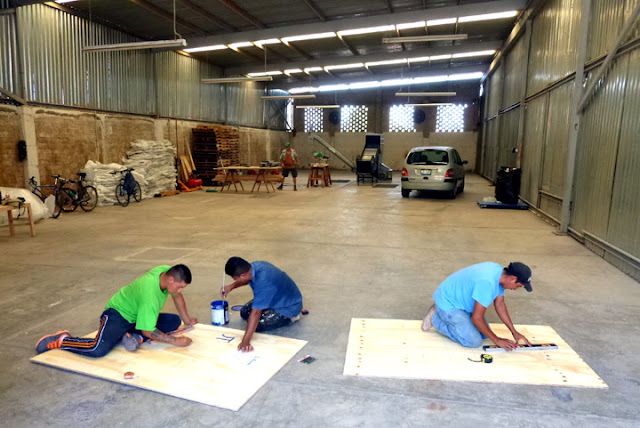 Our bodega (warehouse) with newly installed molino (grinder)...ready to rumble. My guys, the Hernandez brothers, painting info signs. We start with a vision of a greener Mexico, believing in the truth of logic. These guys are golden, and we could not have created what we have without them. 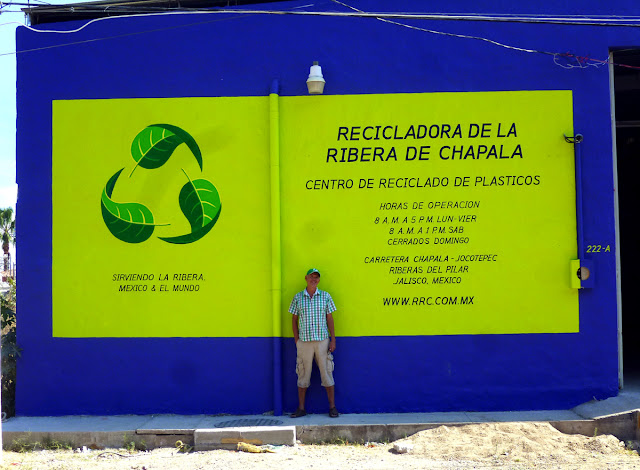 Propietario outside of his bodega.
A dream come true.   A green business in Mexico, embraced and encircled by the community, the people, the environment.  Now if the trash truck collectors take us into their confidence, we are set. 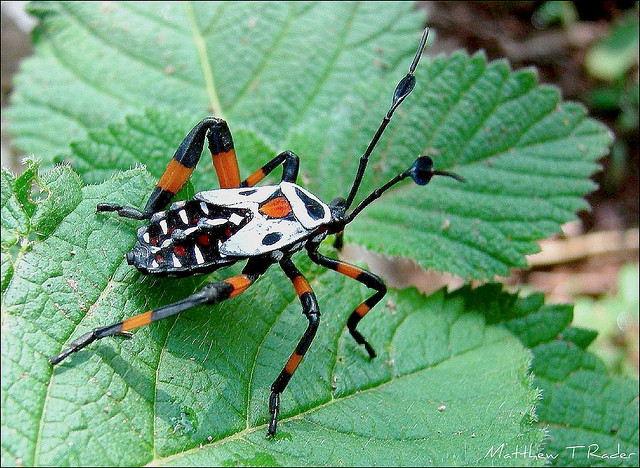 One of the many amazing creatures I encounter on the way to work everyday.  This ferocious-looking creature is actually quite gentle and harmless.  It is called the "Zulu Shield Bug" for lack of a better name. The Zulu Shield Bug is fairly large, about 10.2 centimeters (4 in.) from tail to antenna tip. The colorful "shield" on the back is actually a set of wings. Pick one up and it will peacefully explore its way around the palm of your hand before spreading its wings and buzzing noisily away. 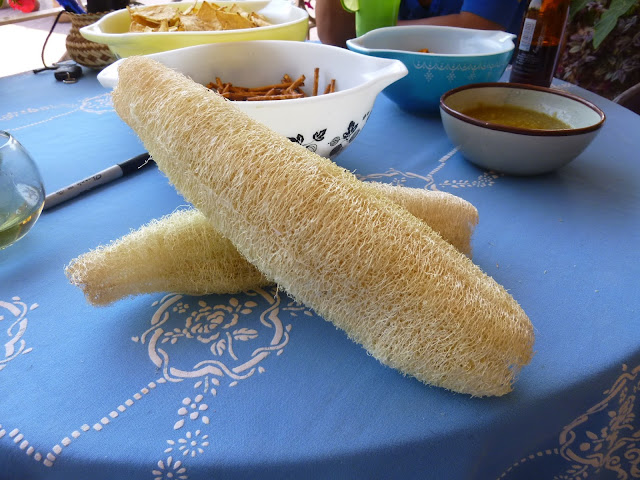 ﻿
Our farmer friend Santiago and his family visited the other day, to take in the pool and its cooling waters.  As is the case with most Mexicans, they gifted us with their worldly treasures when they came to visit.  One of them was a home grown sponge, which we heartly accepted.  You see both Brad and I wear huaraches most everyday, and this traditional footwear is hard on the soles of your feet, so the lufa or natural sponge is a wonderful exfoliator....something we both appreciate.  That this sponge is grown by our friend Santiago's family is an added plus! 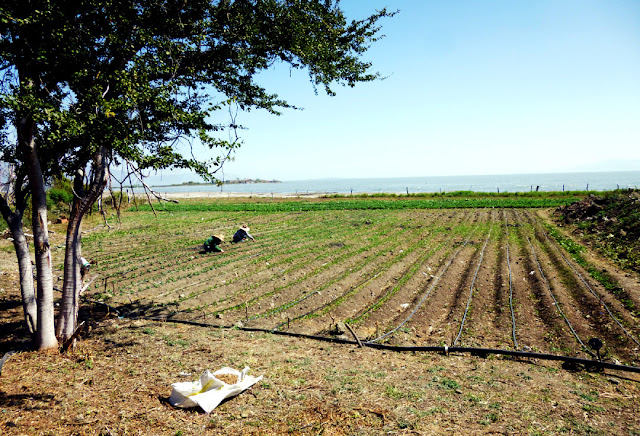 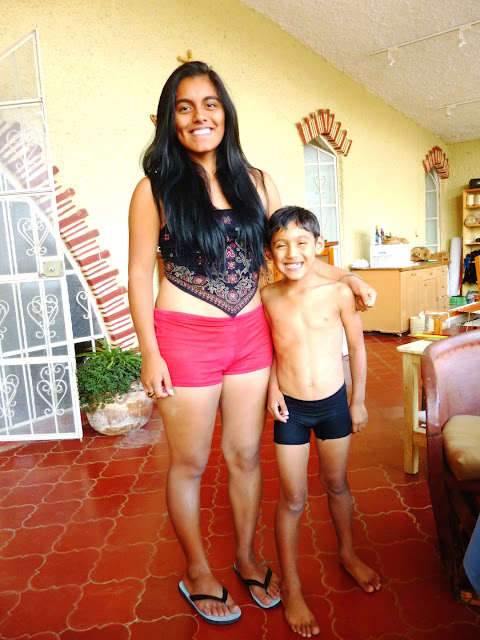 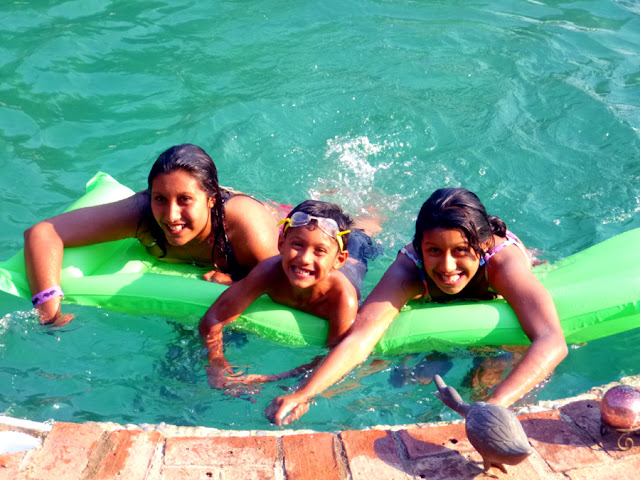 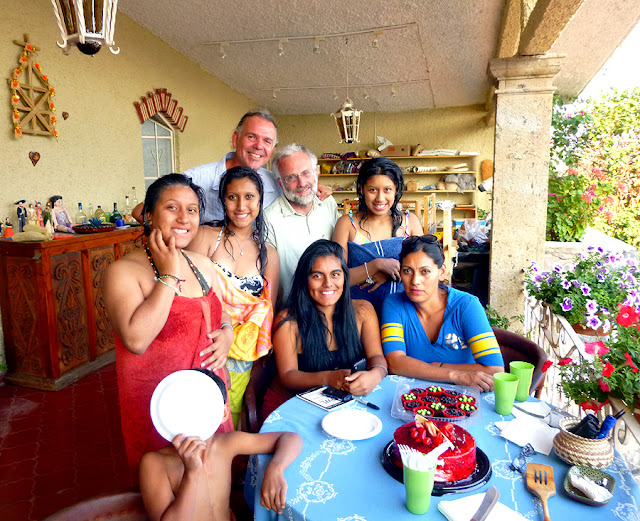 Does it reallly get any better than this? 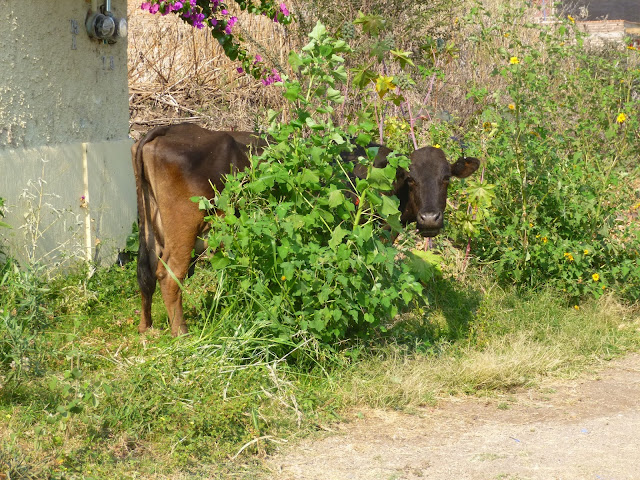 I arrived home after a short day at the Recycling Warehouse (bodega) and am greeted with this lovely creature, literally grazing at my door.  I asked her if she preferred I come back another time, and she seemed truly neutral....so I bid her a good day and went on by.  I don't think she minded in the least.
Spring has sprung...and one of the many wonders one wanders by is/are the new arrivals.  This sweet, brown colt was born at the local horse wranglers' place on Camino Real recently.  I ride by often watching this lil' guy's growth.  Mom is always carefully watching over him. 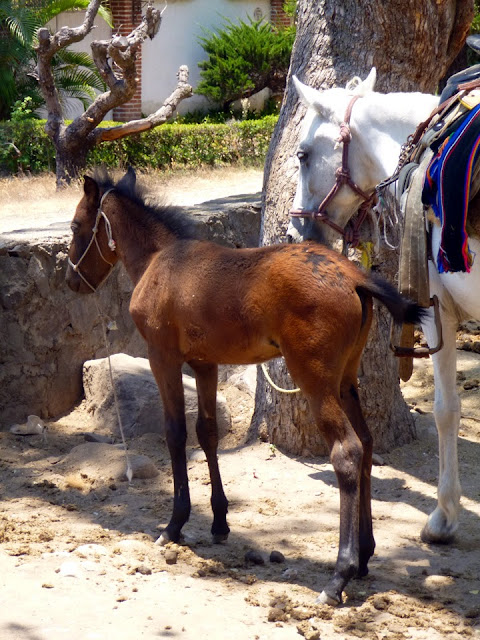 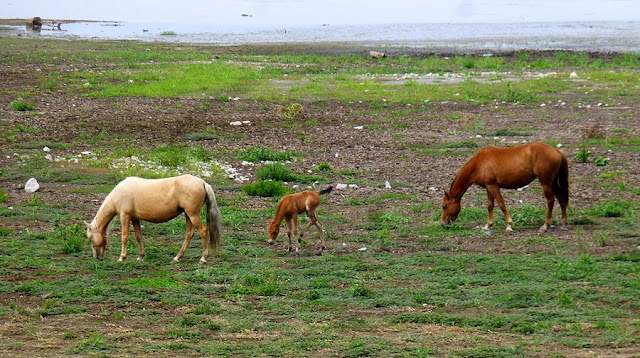 Down lakeside I also watch this family of horses grazing lazily along the lake's shore.  The little guy jumps, runs, races all around its parents....and suddenly drops and lays still.  At first I think there might be something wrong with the youngster...but then realize that he is plumb tuckered out!  He just drops where he is and sleeps for about 5 minutes....with Mom circling around him in protection.  Then just as suddenly the lil' guy bounces up and starts his playing again. 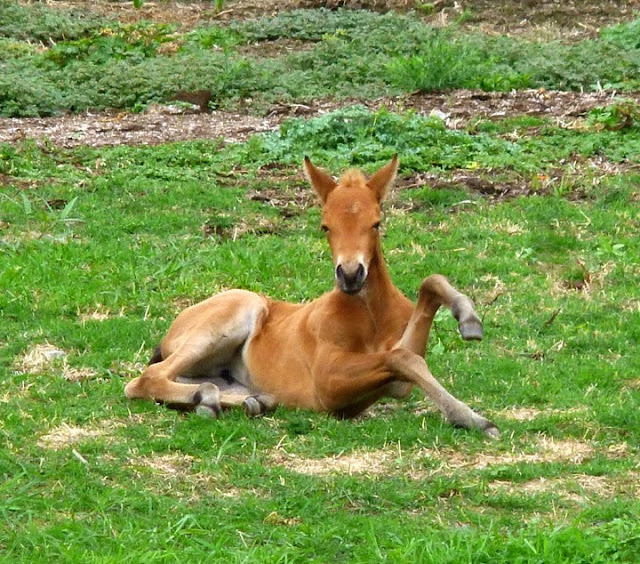 Freshly awake,  he still struggles to stand on new, long legs.
Don't we all?
Posted by Art Xik Xik at 4:31 AM