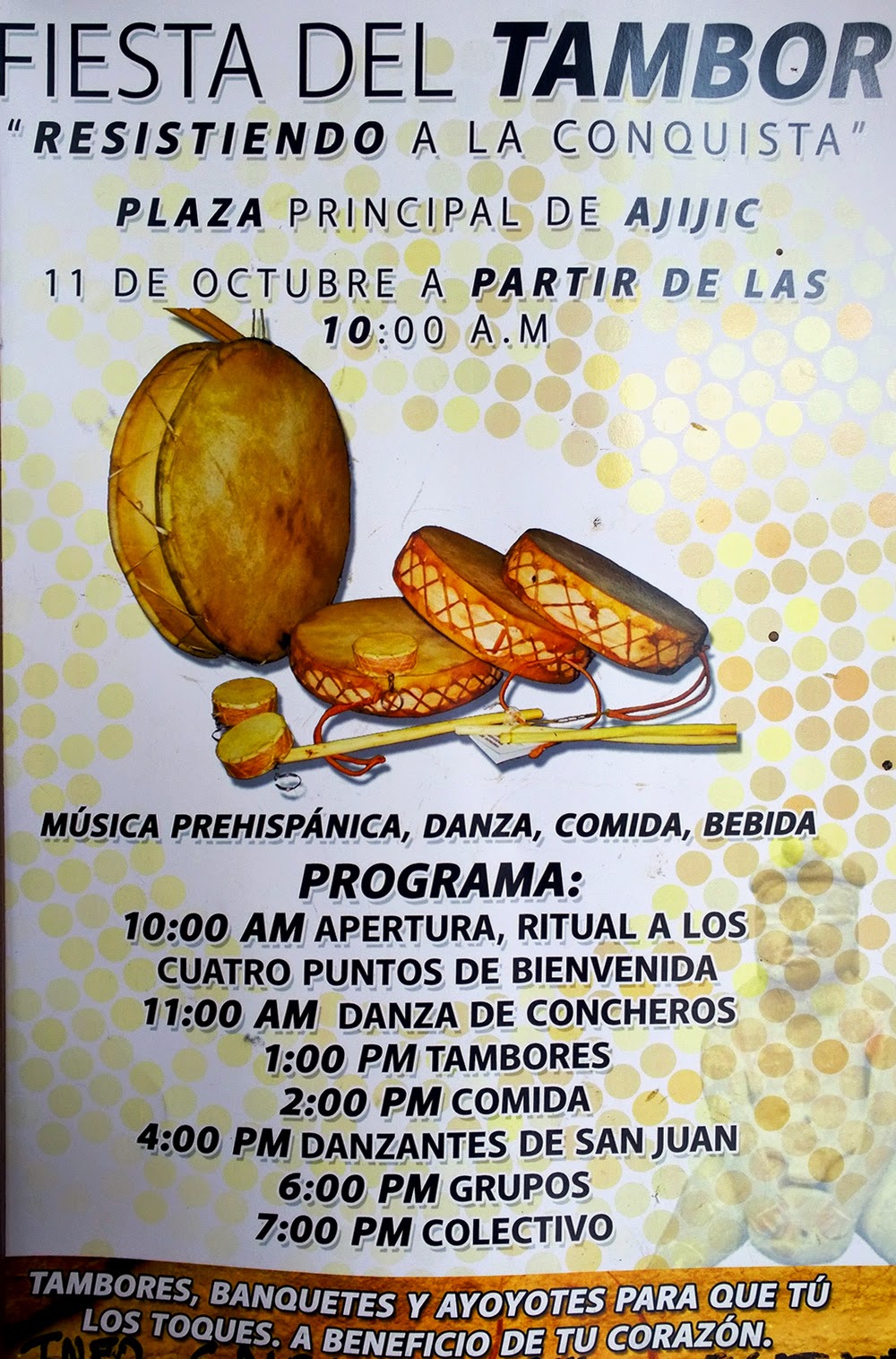 I love our village...especially its plaza...the element that historically has functioned as a container of the collective memory, of social activity, and of local identity.   Community festivals in the plaza involve citizens, create common identity, and affirm social connections.  And so it was this past Saturday as interpreted by the Festival Del Tambor. 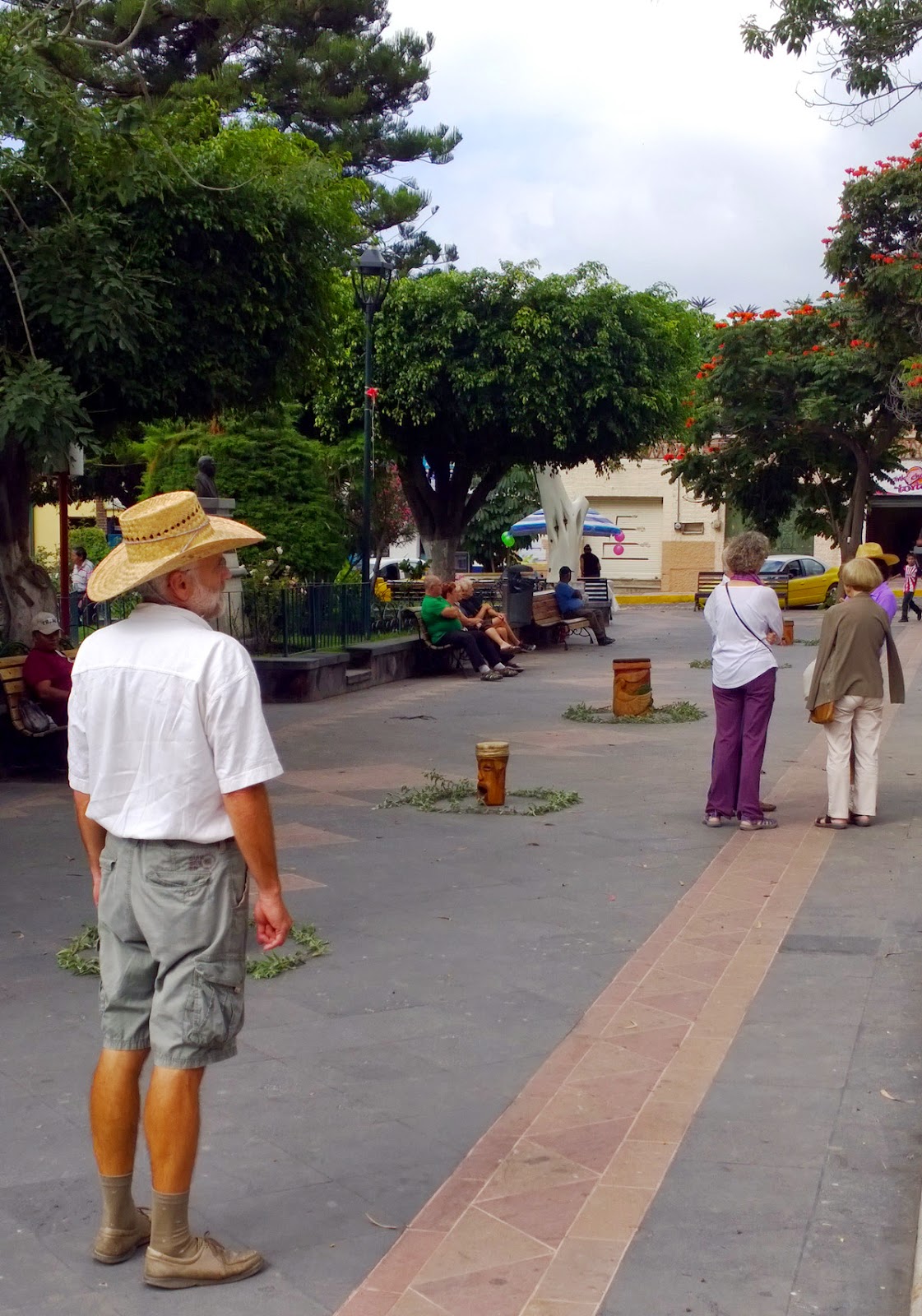 We ventured out early to have breakfast down by the lake at the Old Posada and sauntered back via the plaza to see what preparations were taking place for the day long festival. 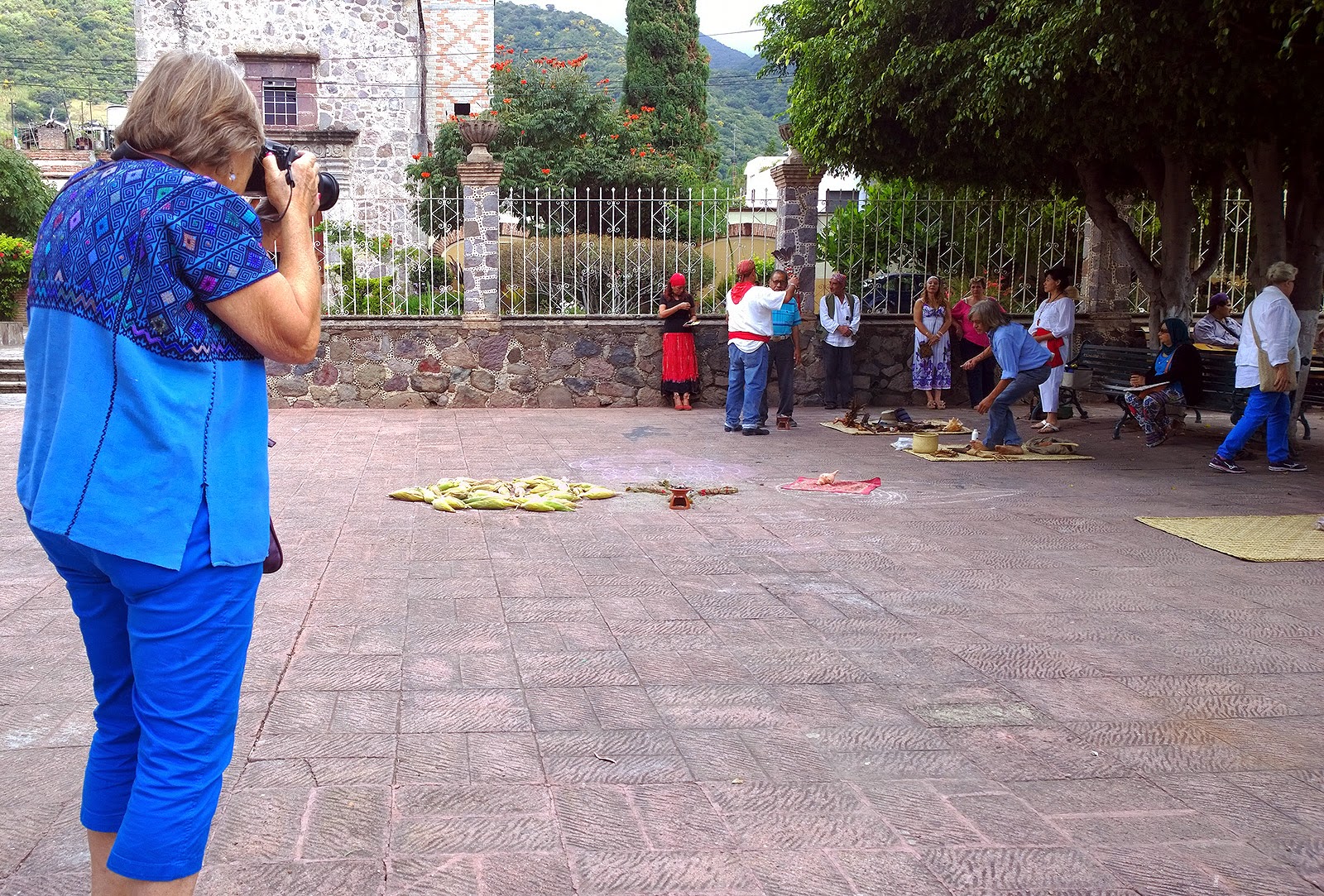 Not surprisingly, I found my friend Dale Hoyt Palfrey already taking pictures.  Dale works as a reporter for the Guadalajara Reported and is always to be found where events are unfolding.  I asked her how the fotos were progressing and she mentioned that today everyone seemed to be on indigenous Mexican time.   You see, here we have Expat time, Mexican time, Country Mexican time and Indigenous time.  I told Dale that Indigenous time was a mixture of cosmic and Mexican time molded together...and she knowingly agreed.  The events for the day were unfolding in their own time and space. 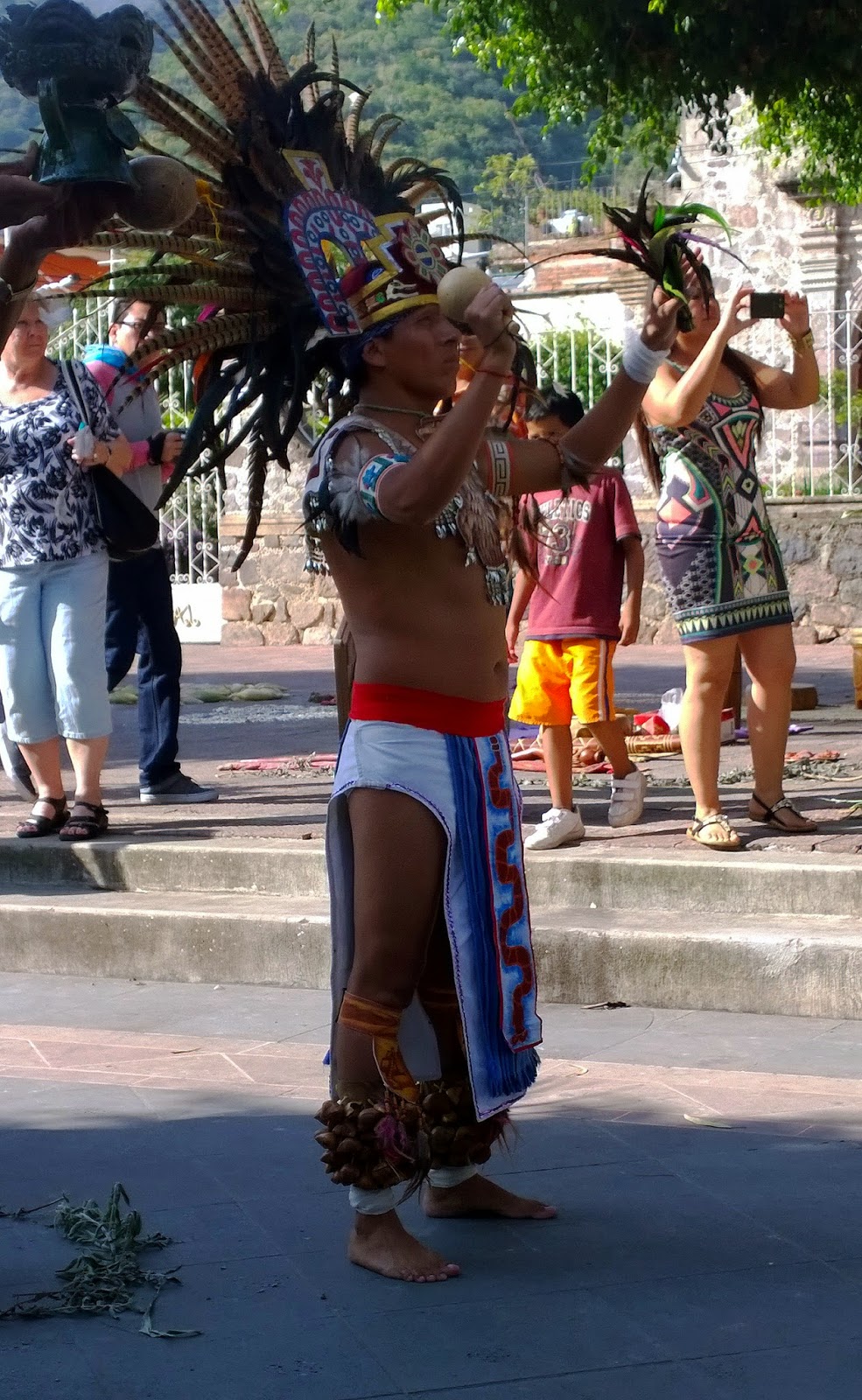 Brad and I decided to return home, just a few blocks away.  We returned in the early afternoon to find a group of dancers ready to perform for the crowd.  The festival poster listed the group as Danzantes de San Juan, a town up the coast from our village.

The dance troupe consisted of a lead drummer and director, many dancers both young and experienced. 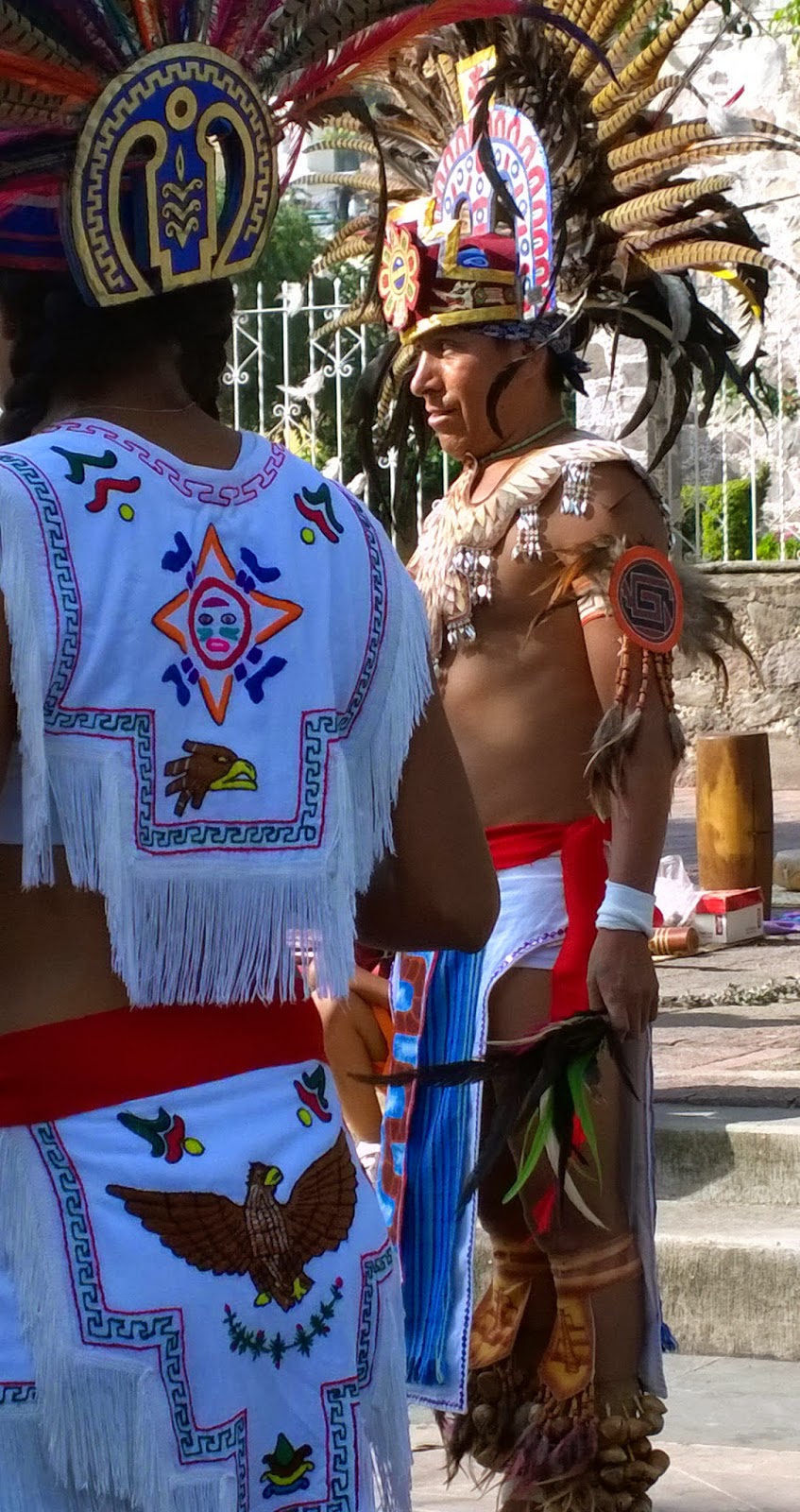 The costumes were stunning...and as I watched them perform I asked myself how similar these costumes must have been to the actual garb used by the first dancing community here in Mexico. 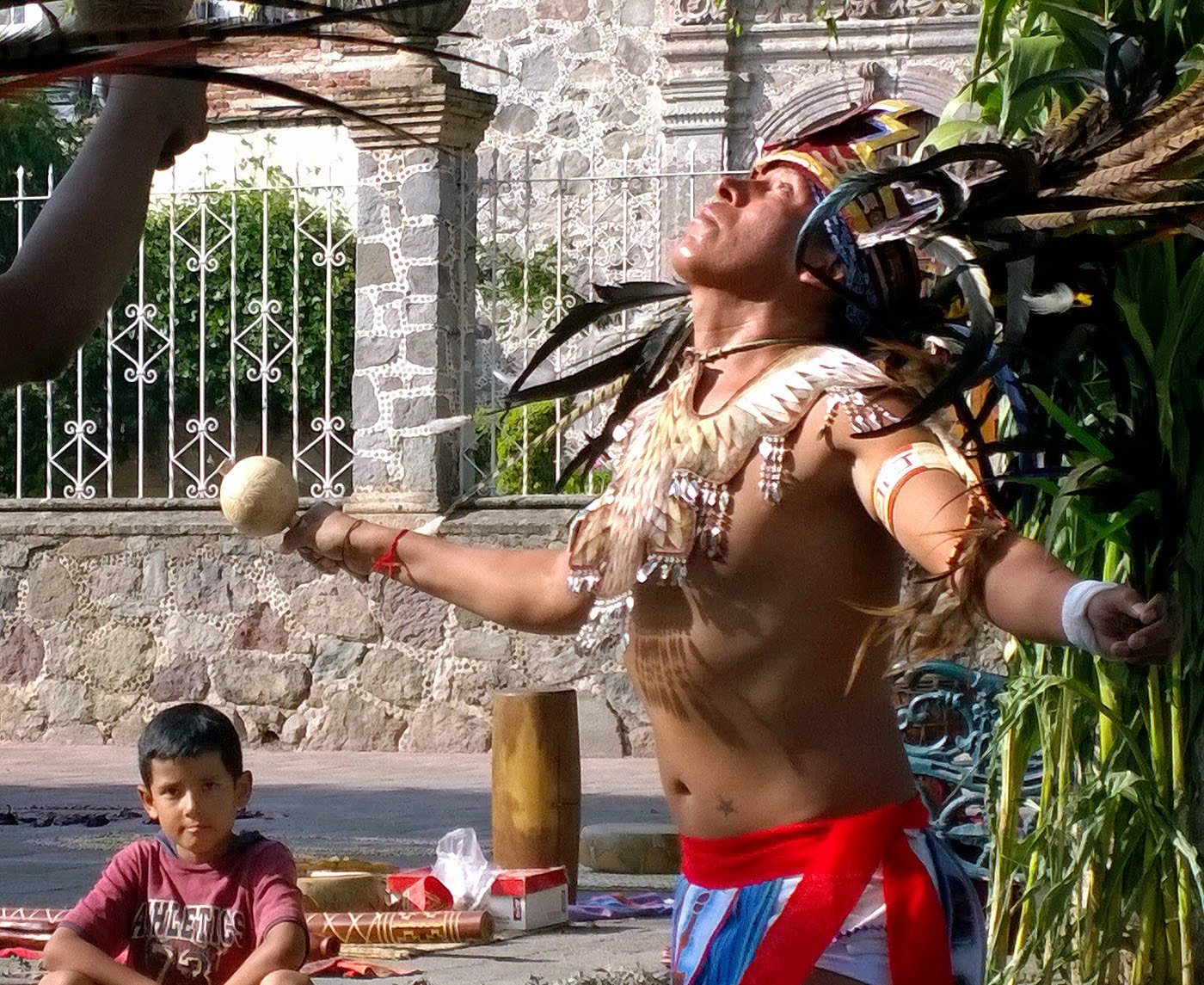 Another surprise for me was the length of the performance.  The dancers needed much strength and stamina to perform these rituals as they were physically taxing.  Their level of concentration was also impressive. 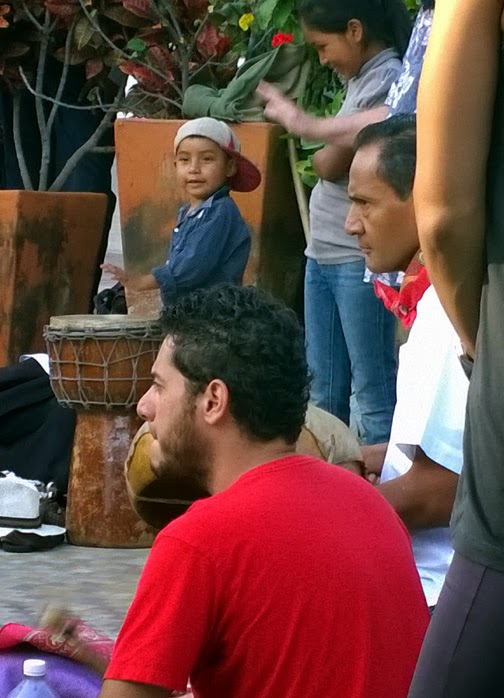 Another thing I love about the people here is that they are hungry to participate in public ritual.  When asked who wanted to dance or take part in the festivities, almost everyone jumped at the opportunity.  We saw this with the drumming and also with the smudging practices taking place. 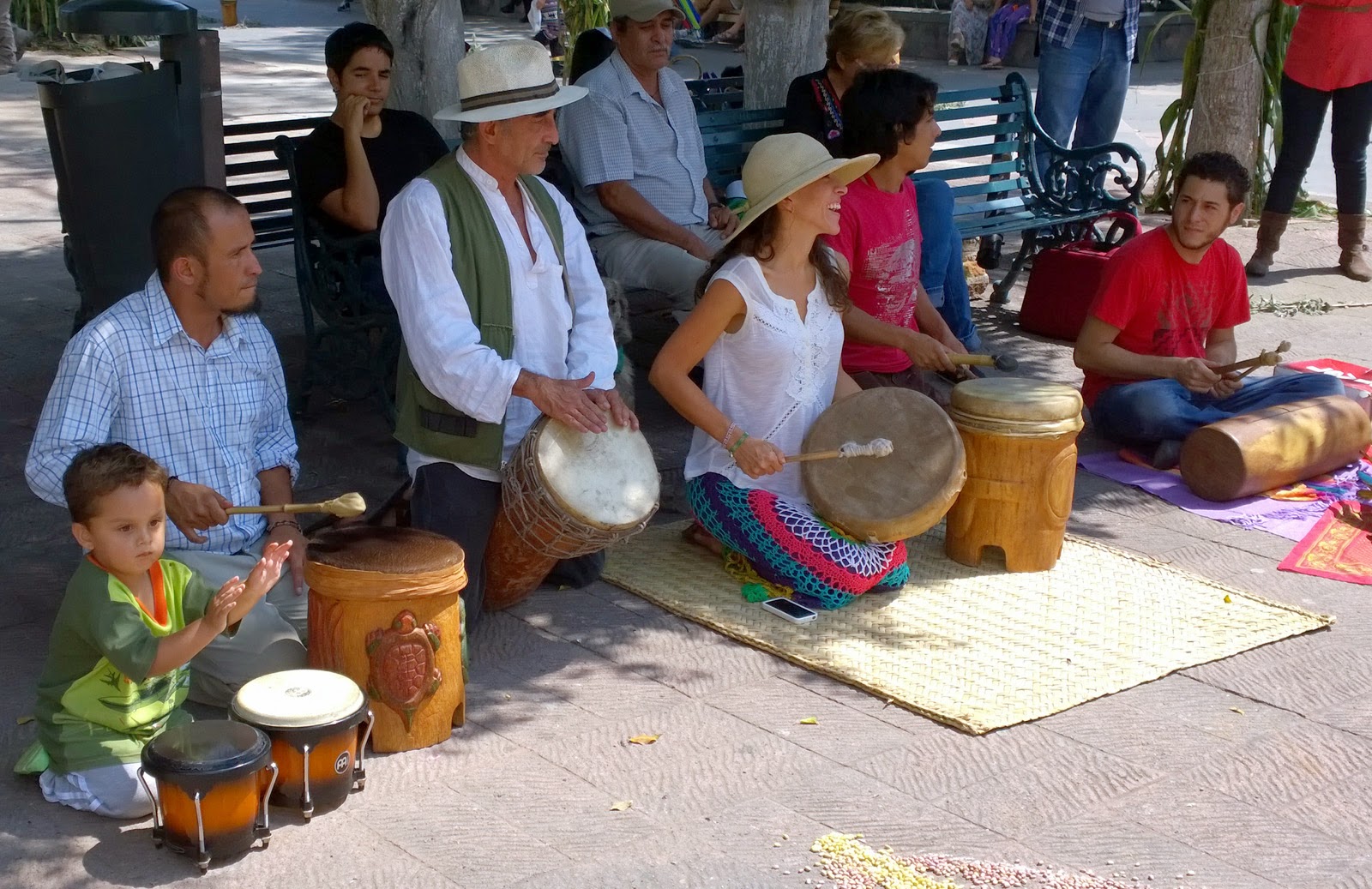 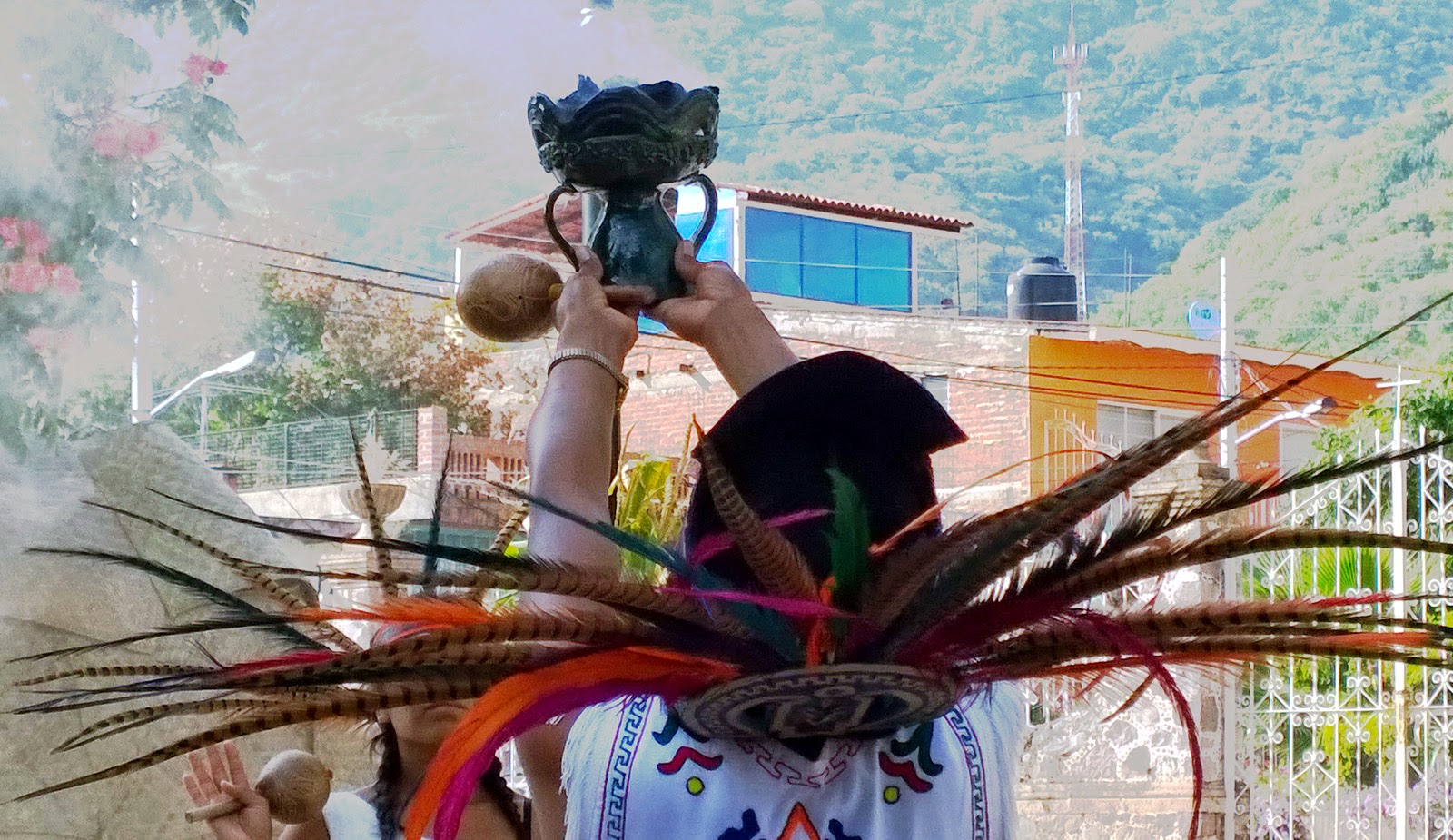 As with most of our indigenous rituals, copal was freely burned and inhaled. 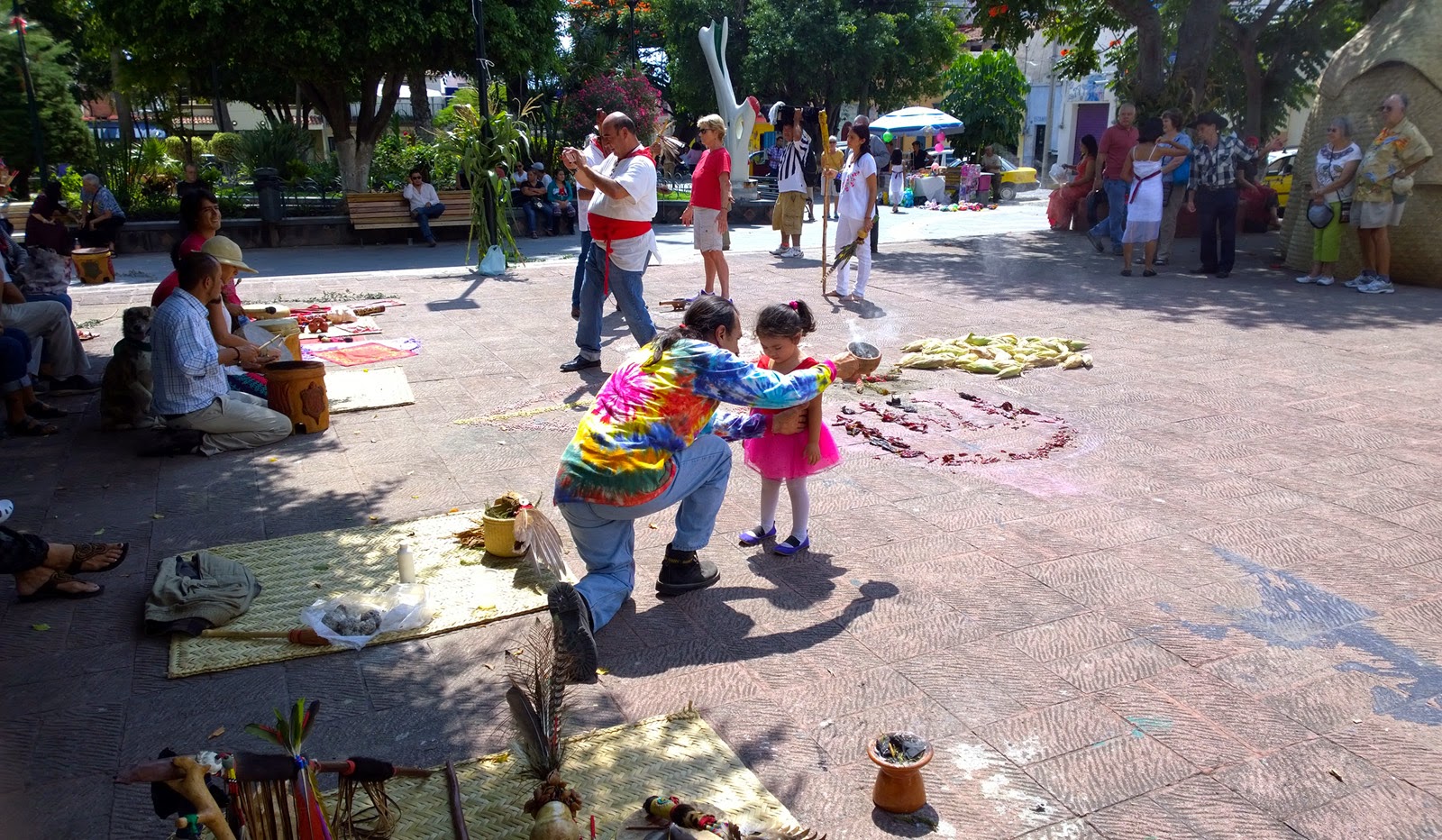 Our friend Mario included his grand daughter in all of the day's festivities.  Here he is teaching her the significance of the copal and it's use in the smude ceremony. 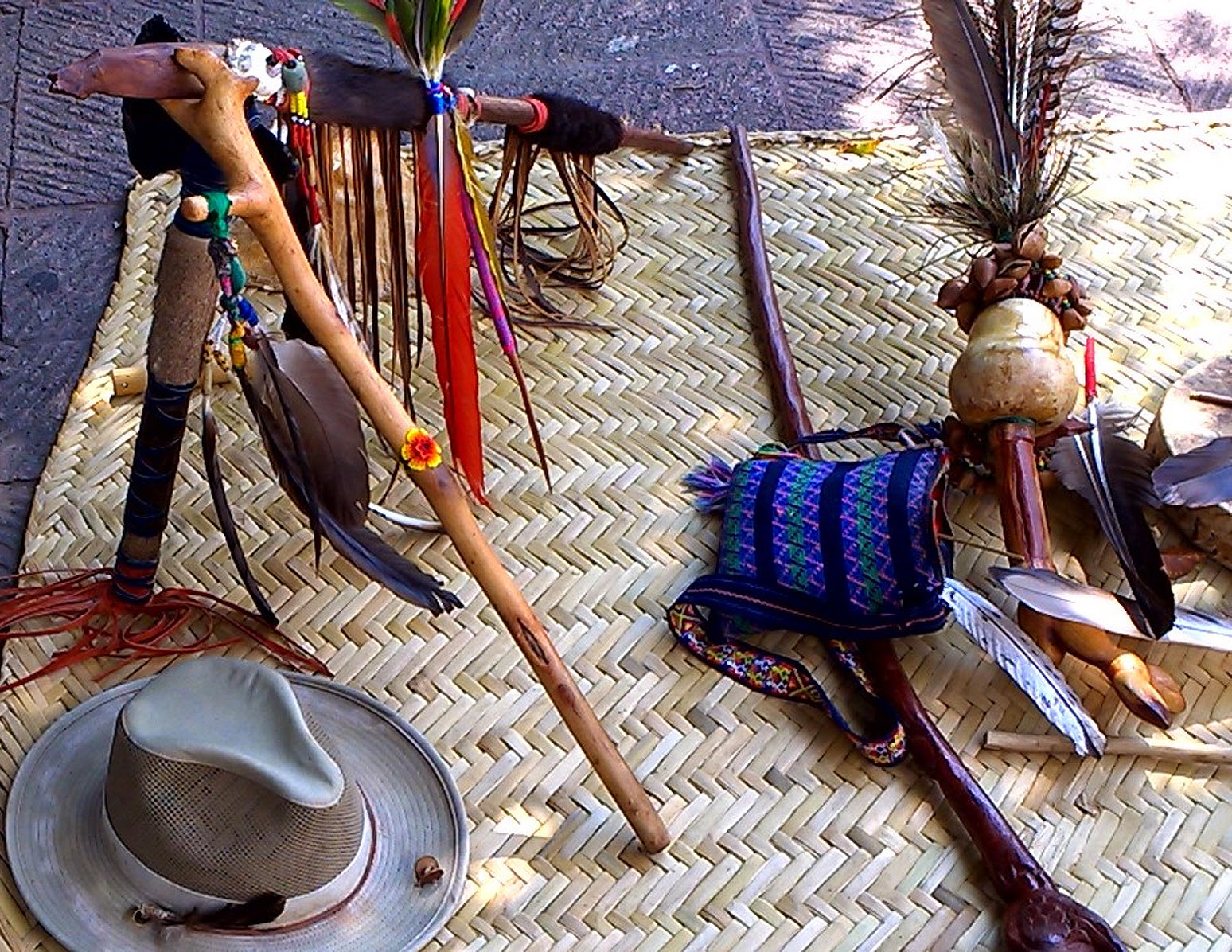 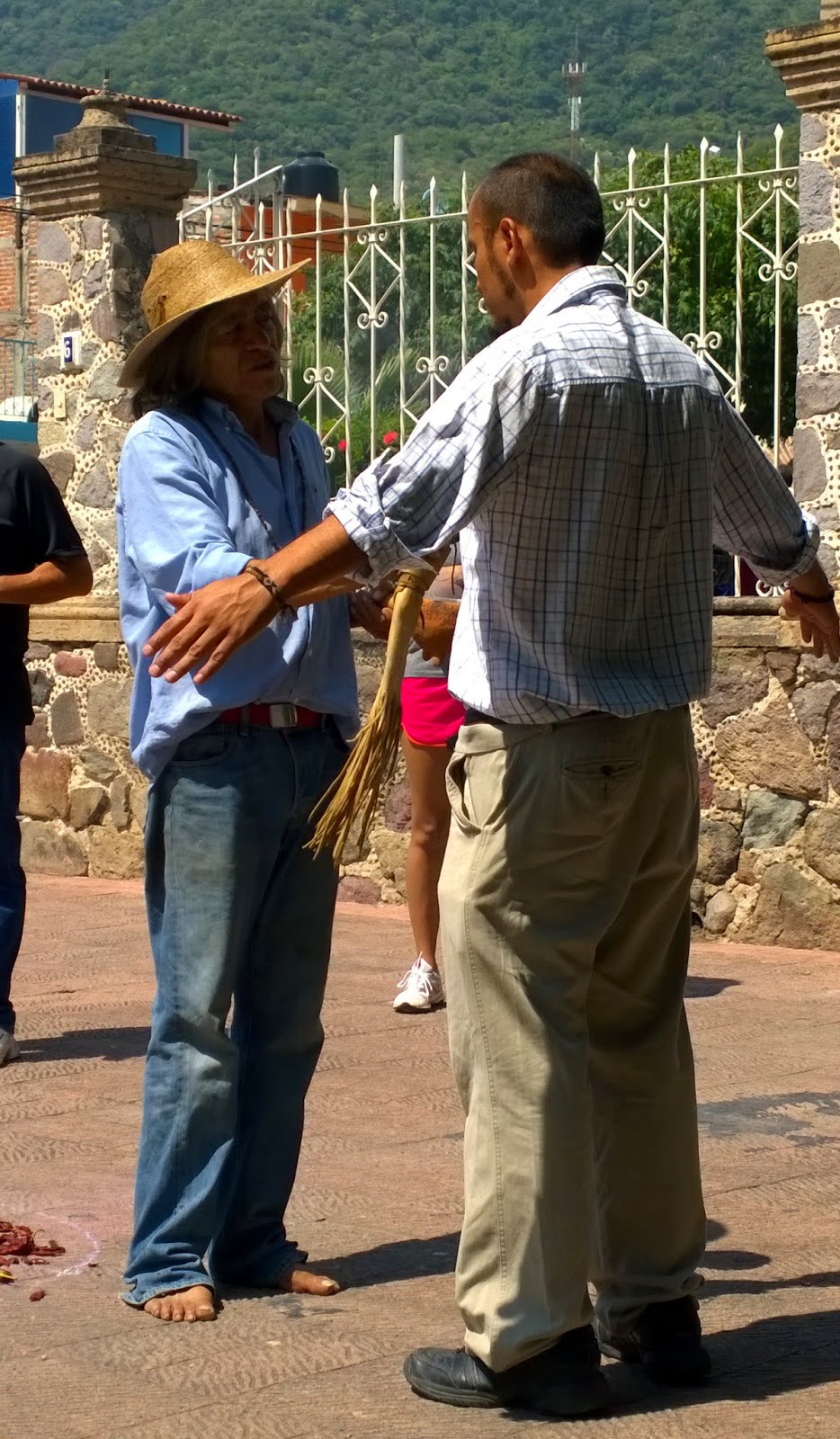 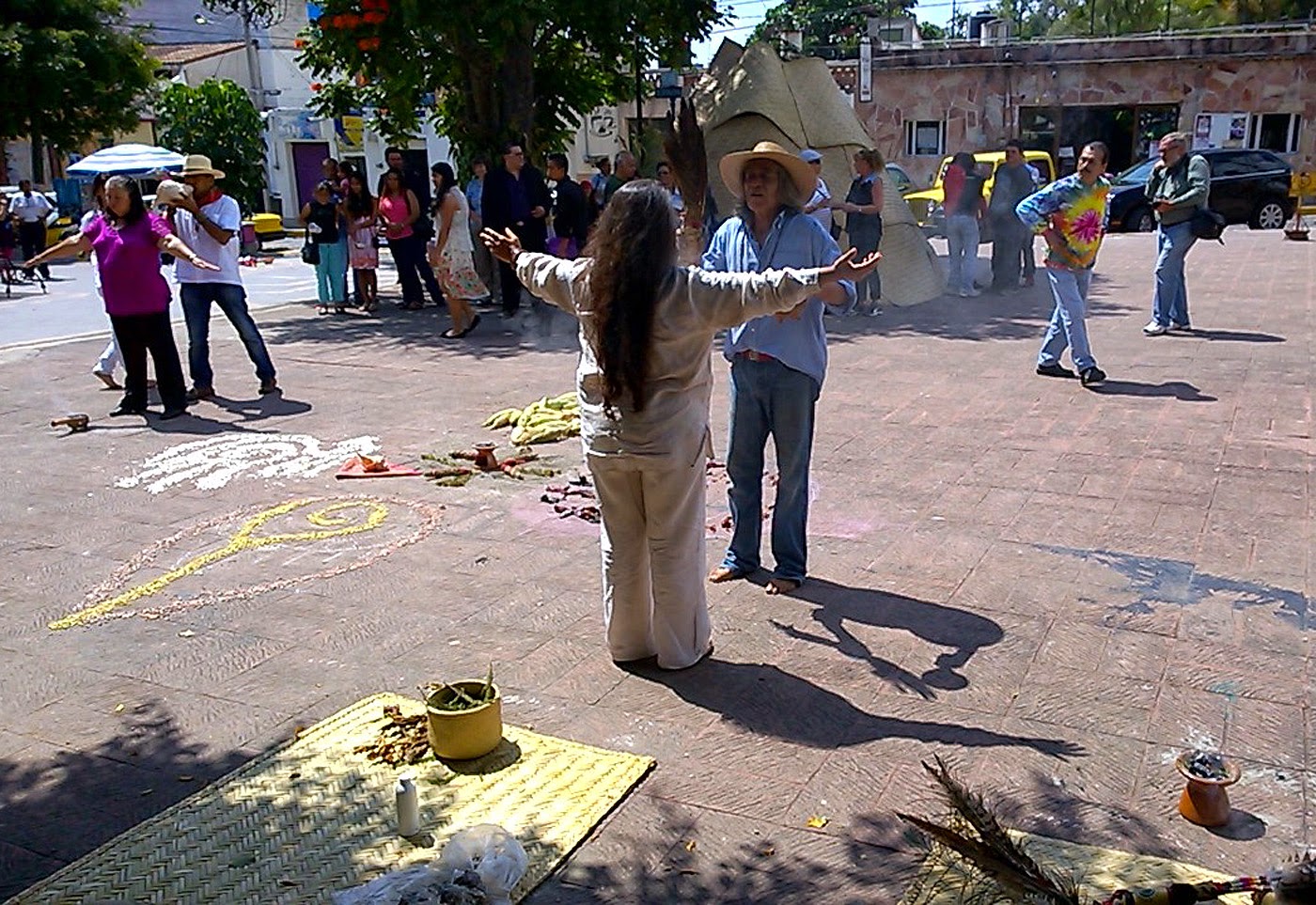 Early on I saw 4 shamen performing smudges in the plaza.  Most of the people waiting patiently to be smudged were Mexicans.  Belief in this healing technique ran high. 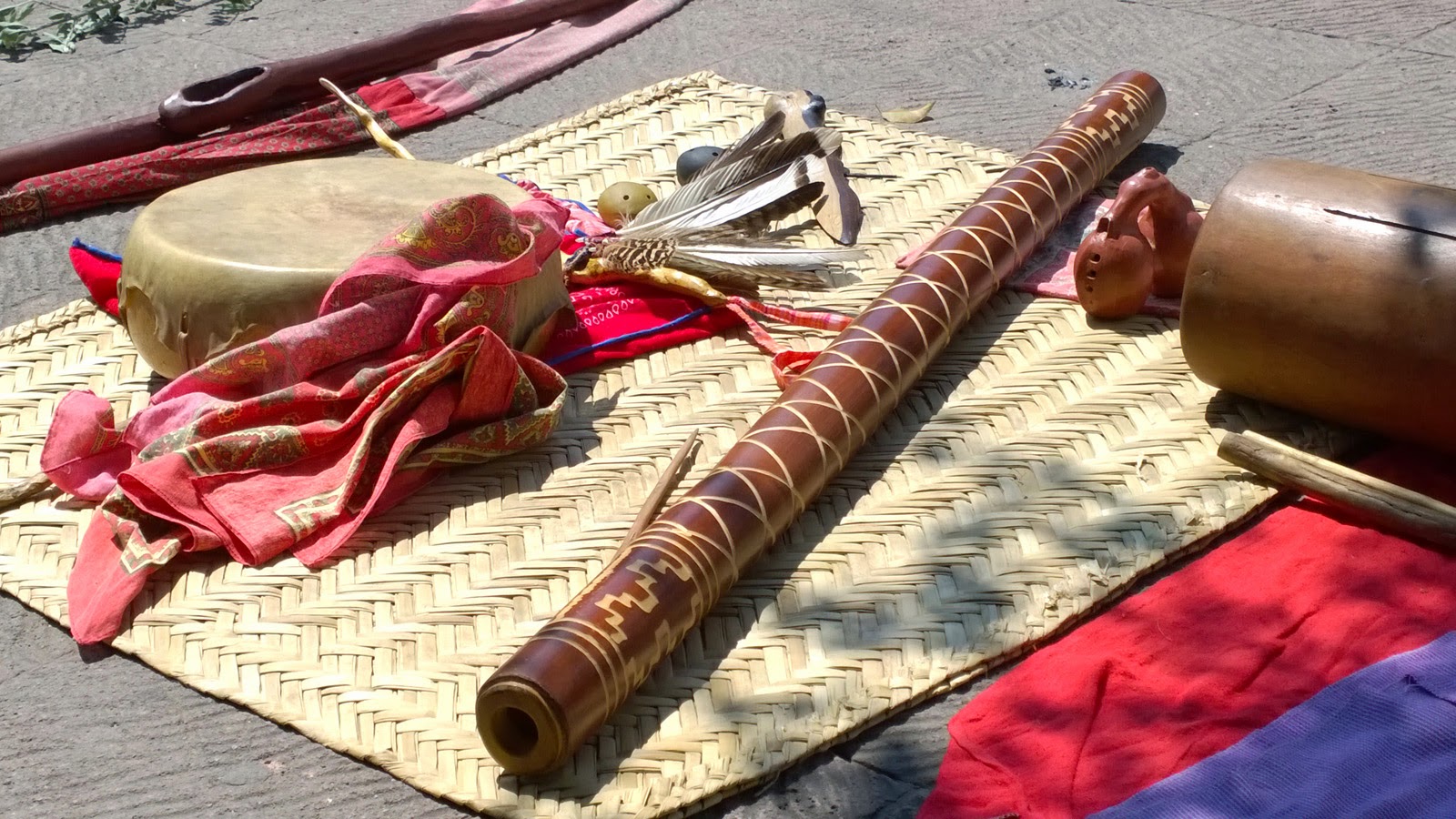 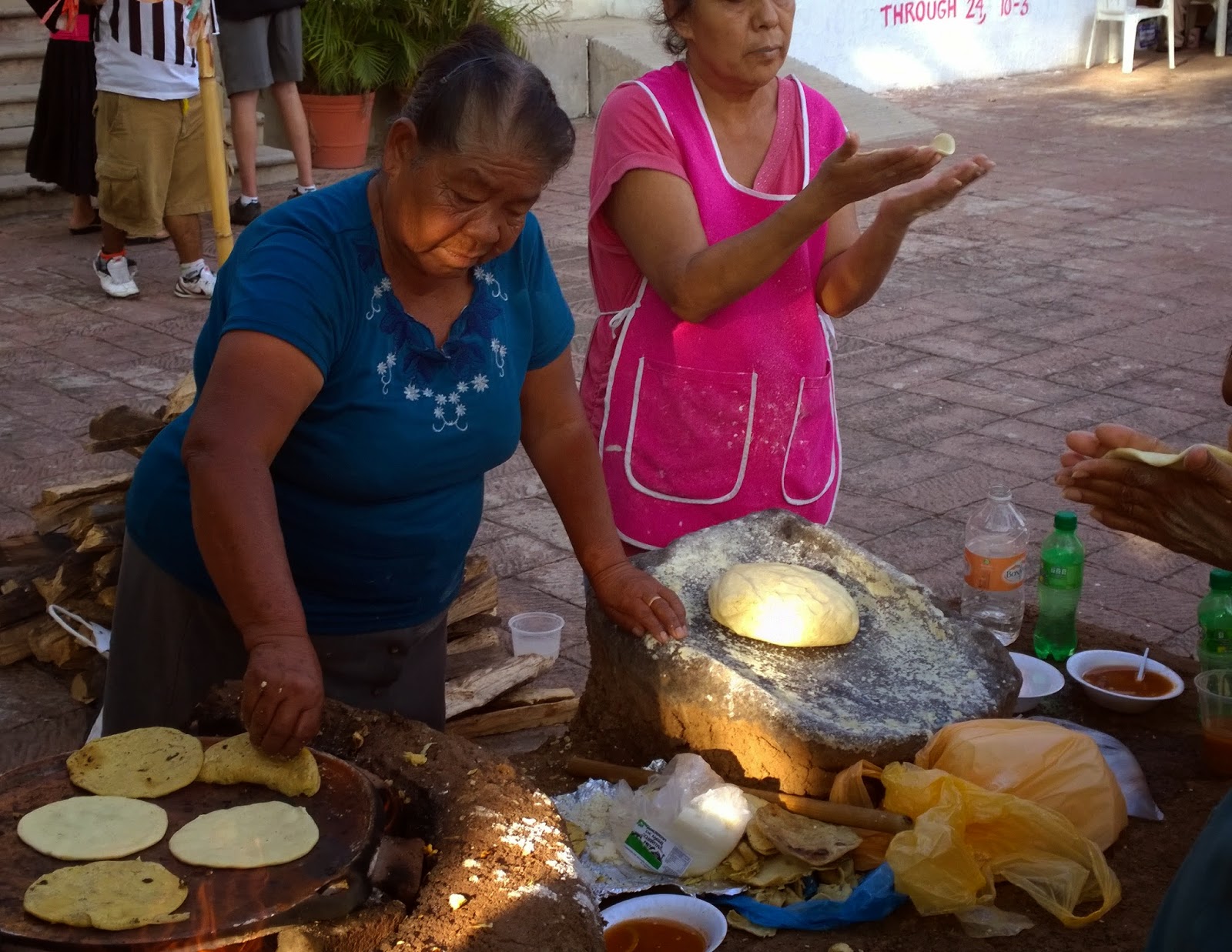 A beautiful part of the day was the community feed.  We were treated to delicious food throughout the day: pozole, tostadas, chia water and mezcal were freely offered and distributed to all who attended.  There was a donation basket that sat quietly awaiting offerings. 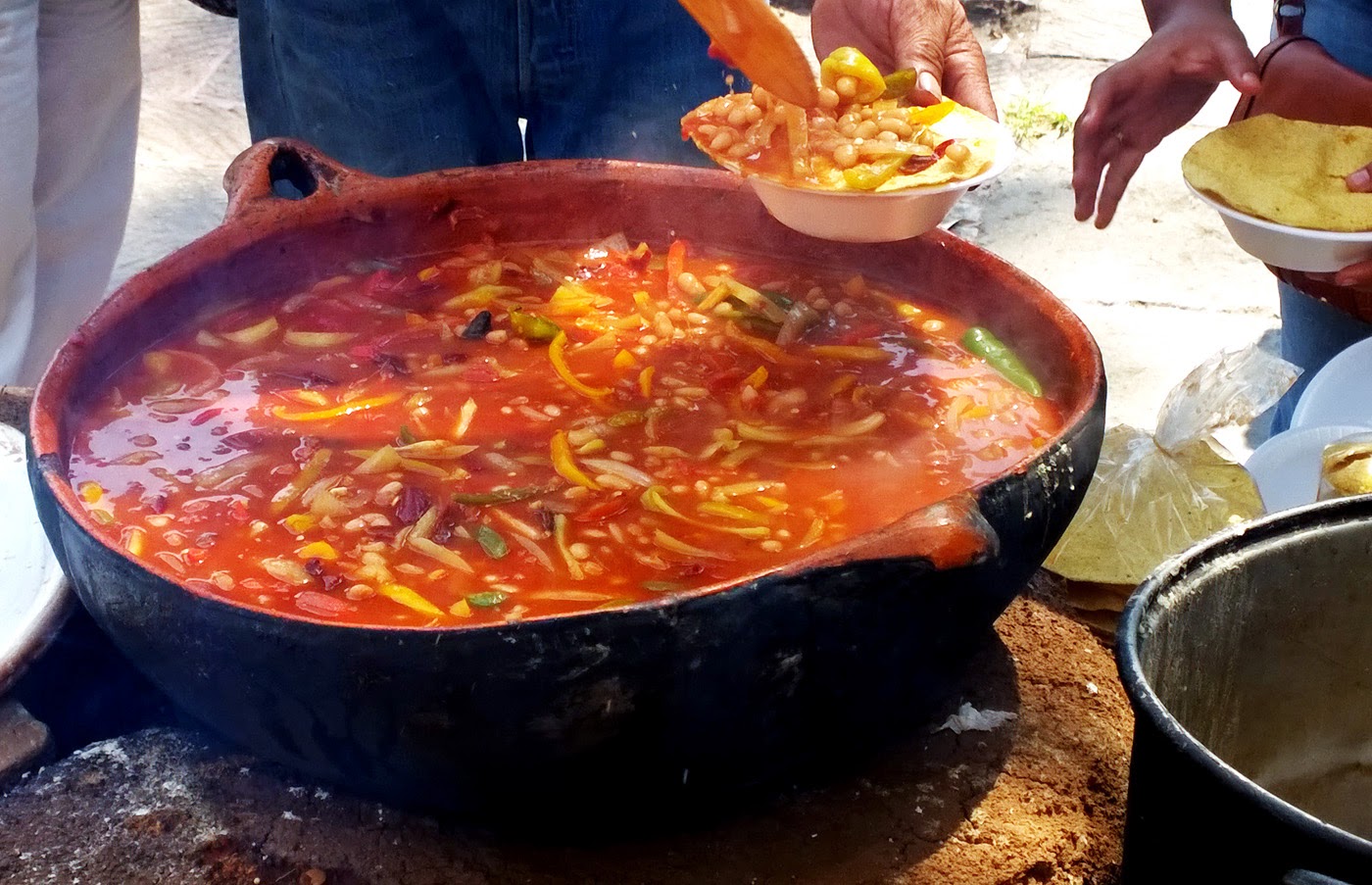 This pozole was made with 7 different chiles. 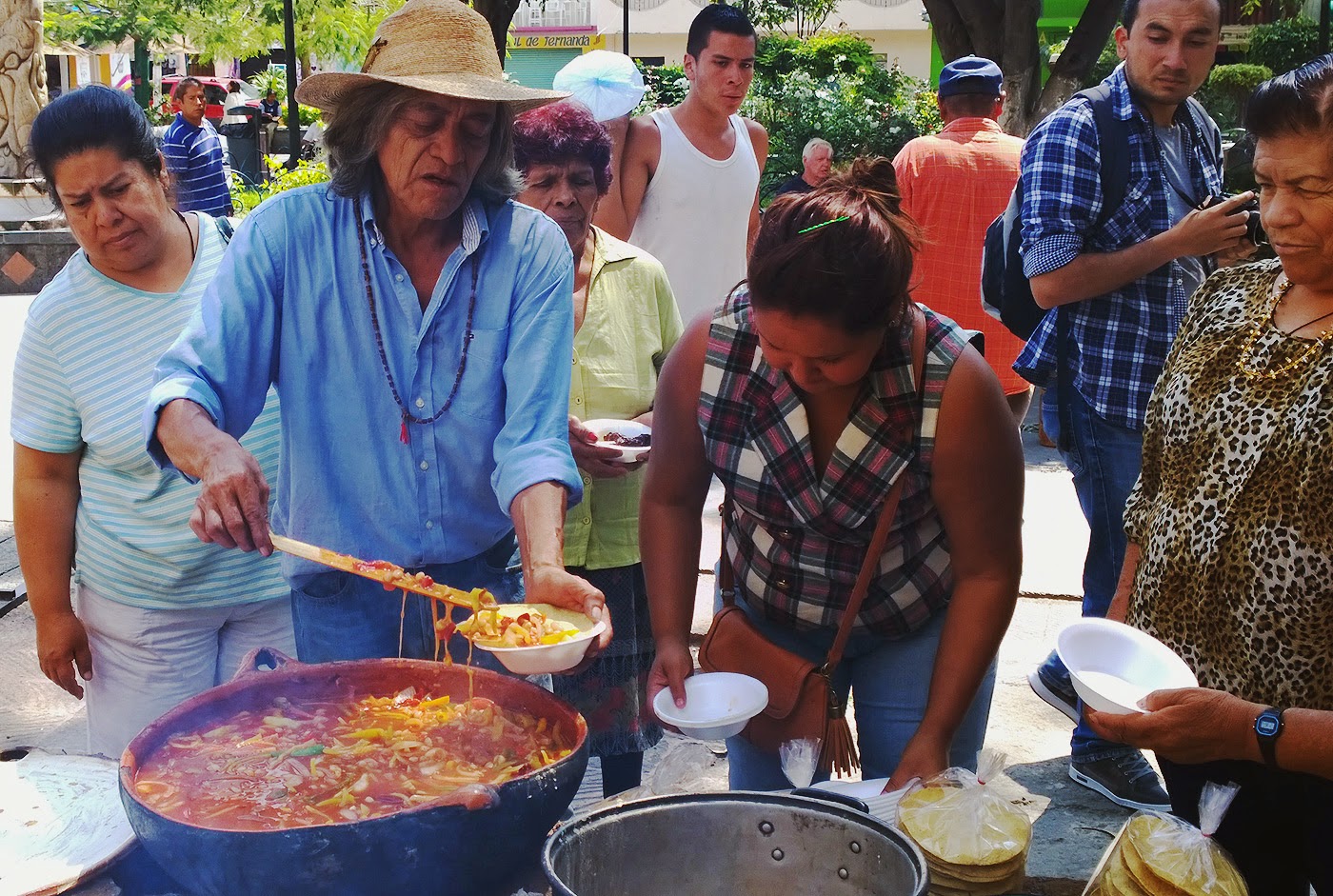 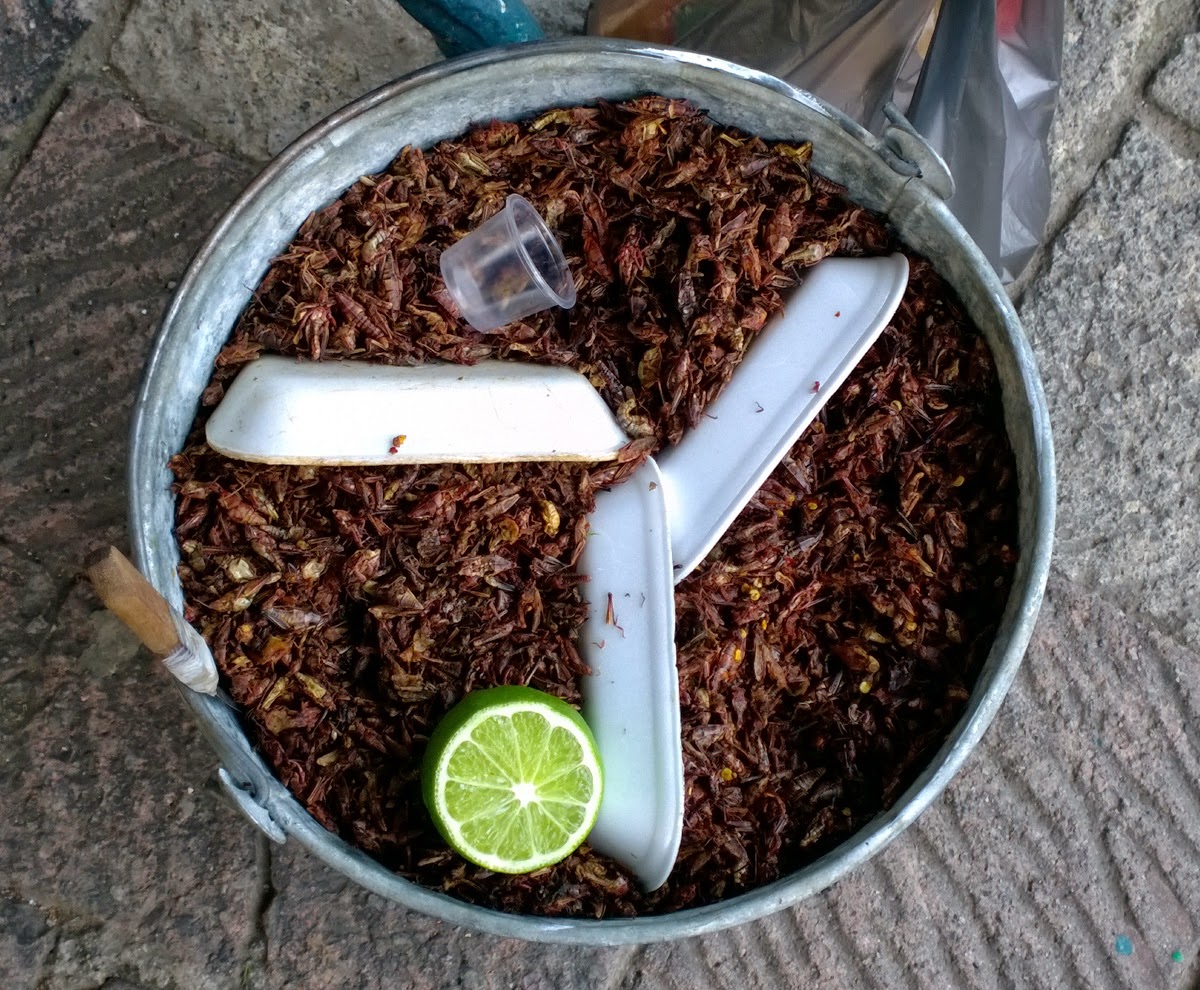 Chapulines, a delicacy of Oaxacan cuisine were also available. 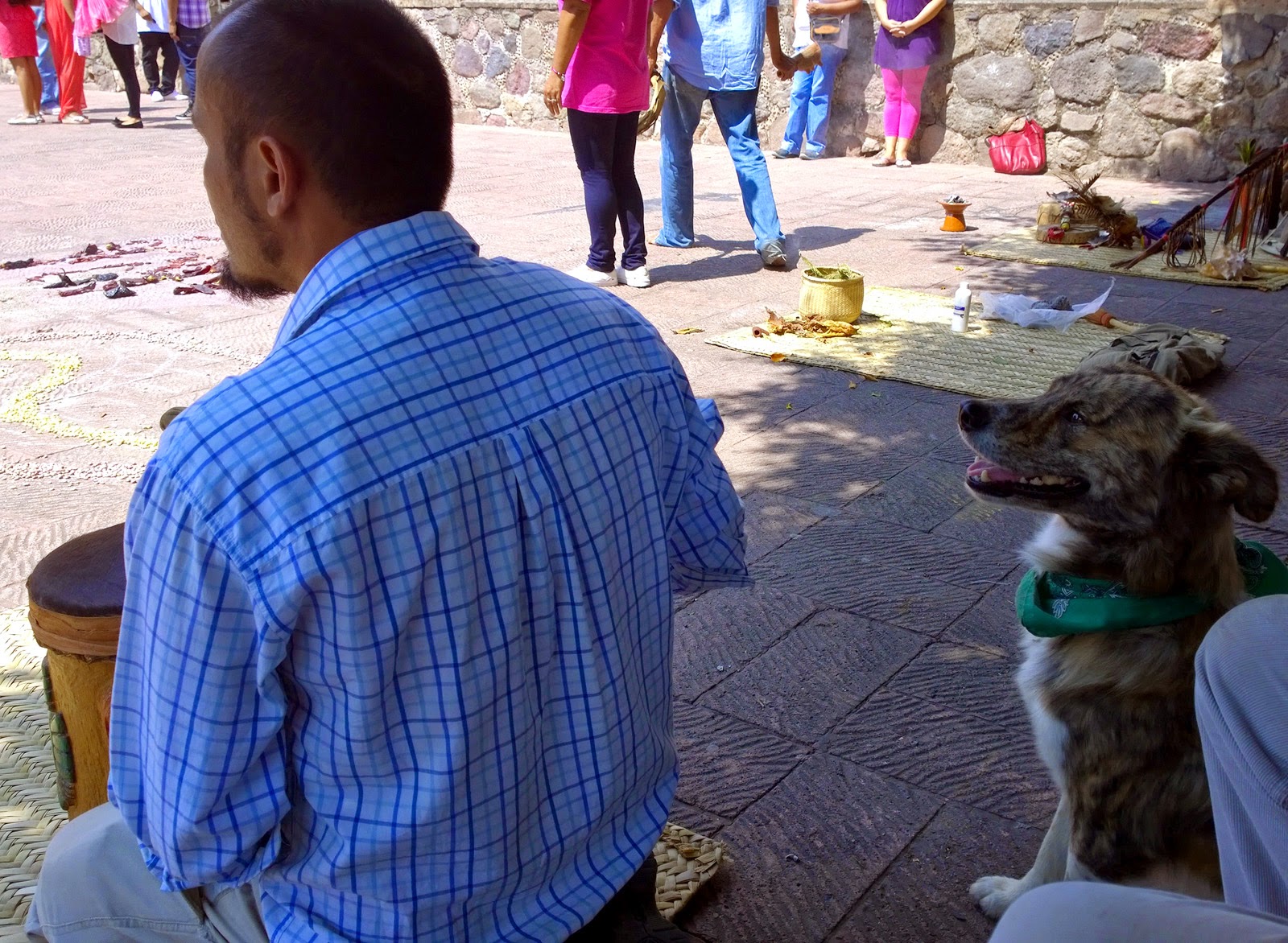 And the drumming continued throughout the day. 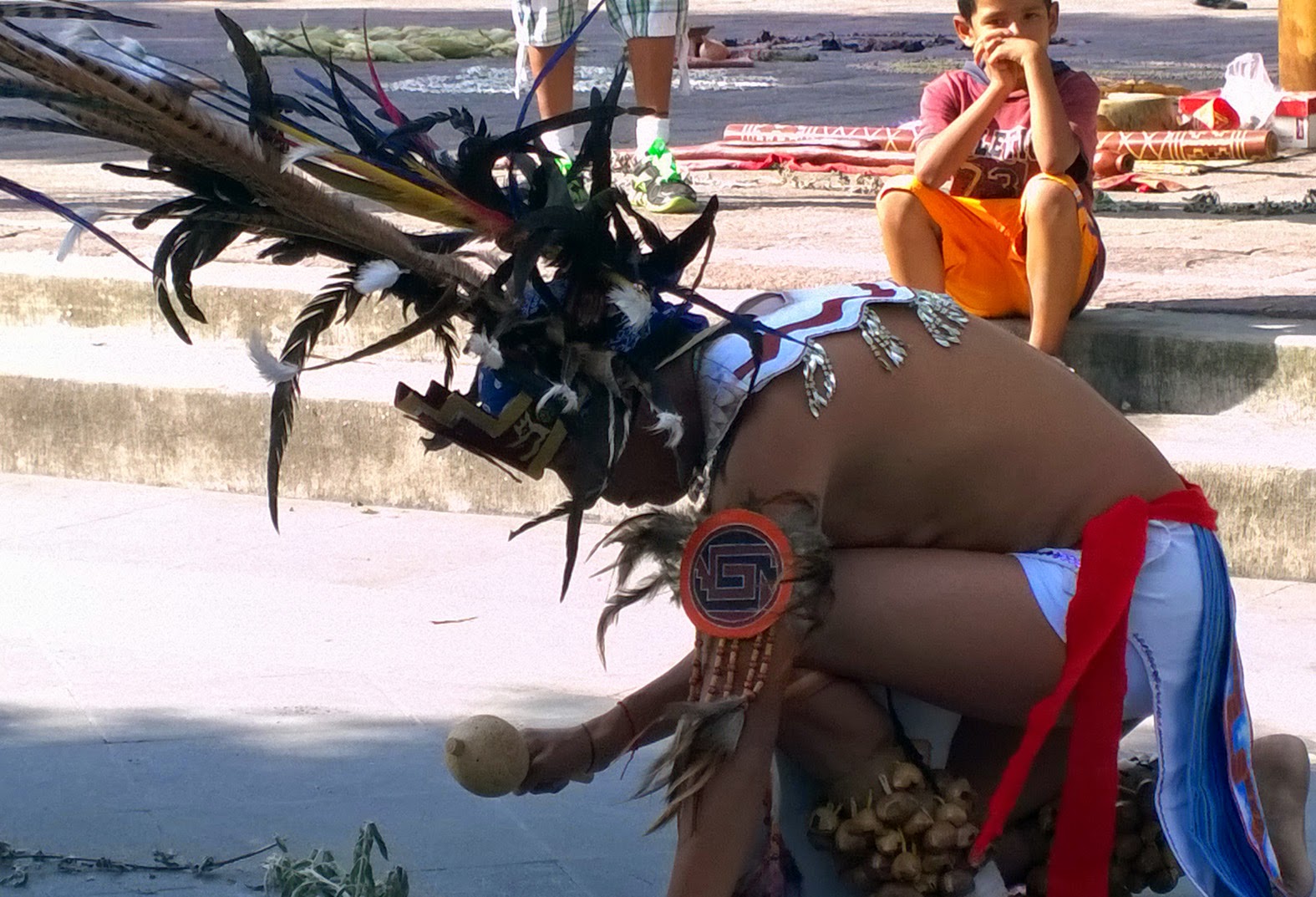 At the end of the ceremony, we were surprised to find the opening of the ASA art gallery exhibit also in the plaza so we ventured in to the Casa Cultural to find an appetizer/wine reception in full swing, complete with all our local artists friends.  Afterward Brad went home to tend to his recycled paper products as the clouds were gathering...and sure enough, after a while, Tlaloc and the rain came down to close the festival.

What a perfect way to end the day. 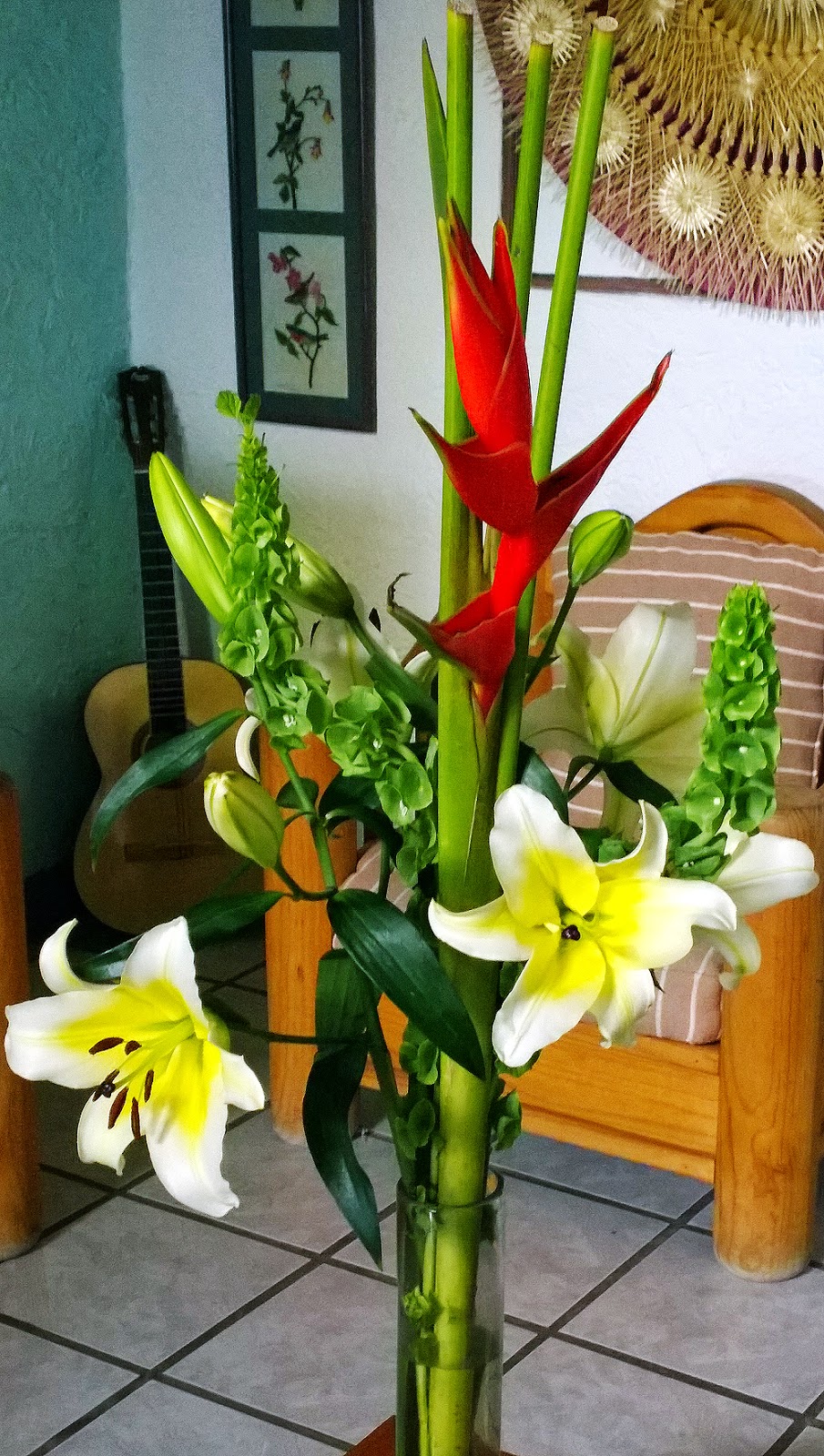