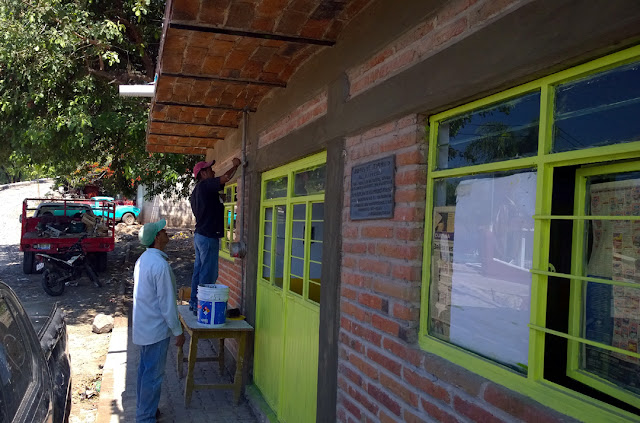 As we arrived in La Zapotera we found our friend Raul putting the finishing touches on the
Community Center facade. 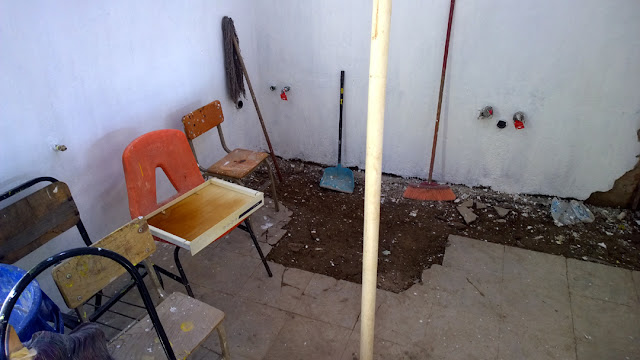 The interior water pipe work was nearing completion.  The flooring still left to do. 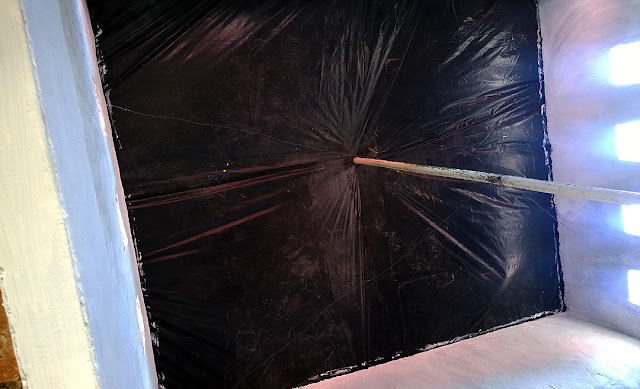 The kitchen skylight ceiling had been temporarily covered due to the early rains. 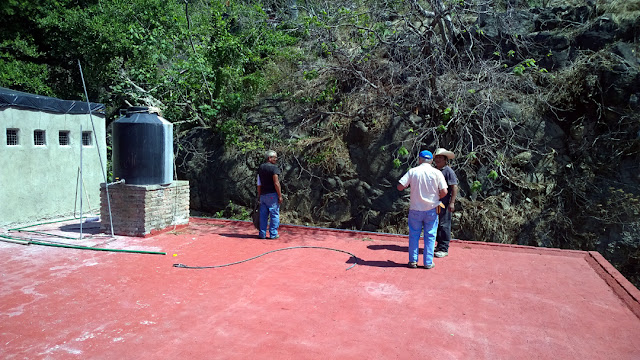 And the roof had been recently permeabilizada or waterproofed. 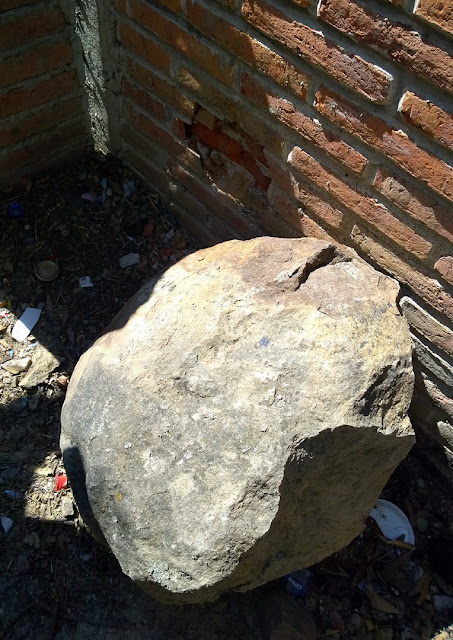 What we had not expected was for a boulder to have dislodged
itself during the rains... 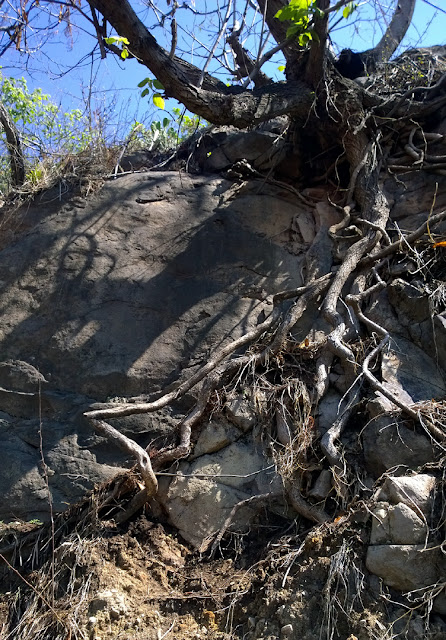 ...and for it to have come rolling down the hill, smashing into the back wall
of the Community Center. 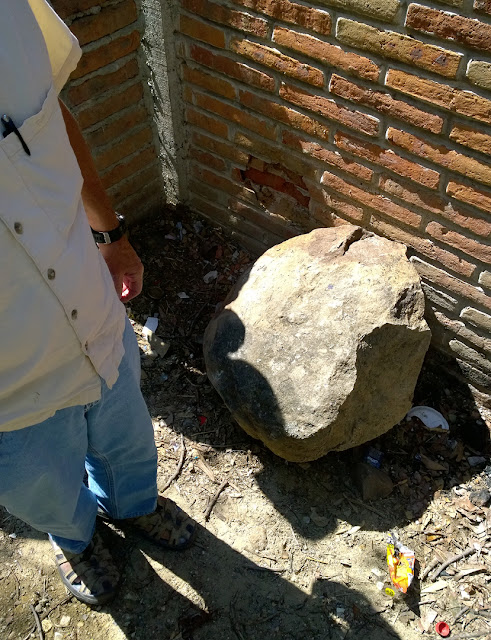 The boulder caused damage to the wall, all the way through
to the interior of the building. 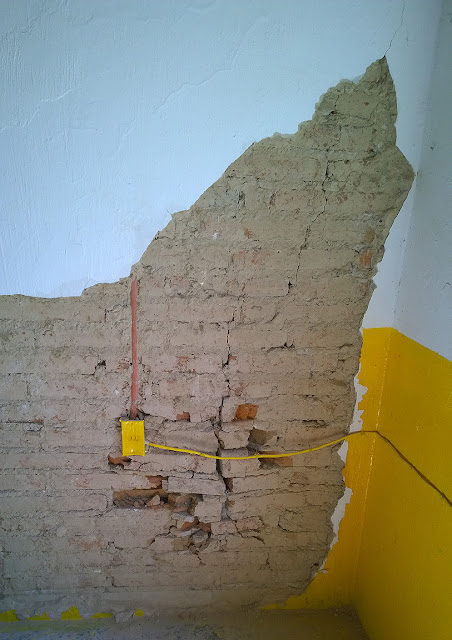 A new plan to build a retaining wall was hatched. 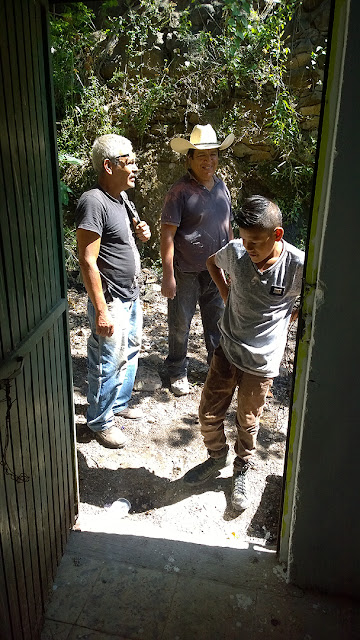 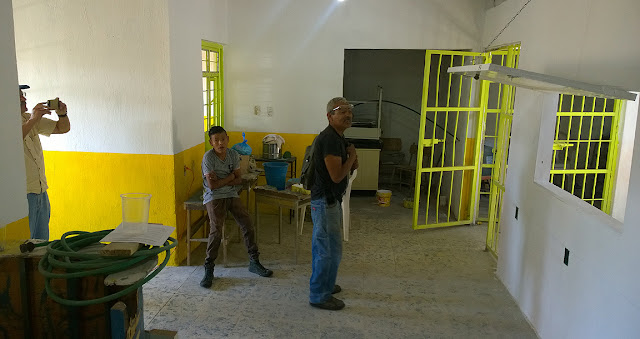 A new wall had been installed and a kitchen service door was set in place. 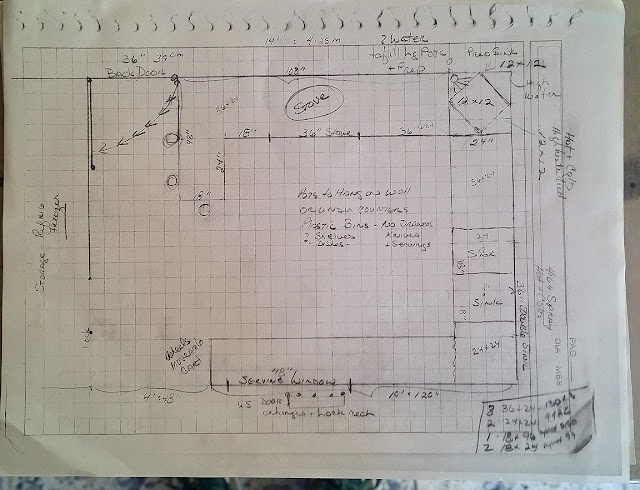 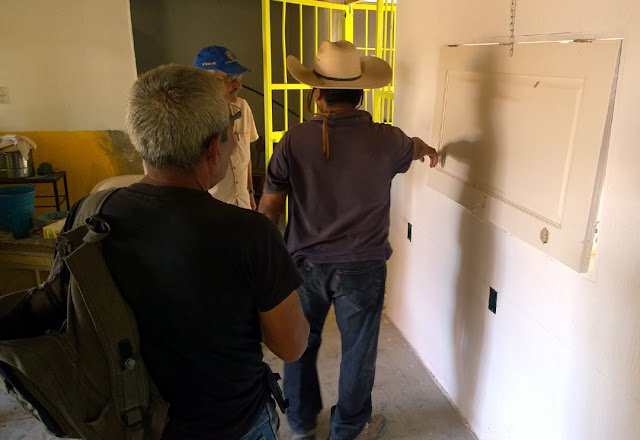 Gerardo points out the door latch. 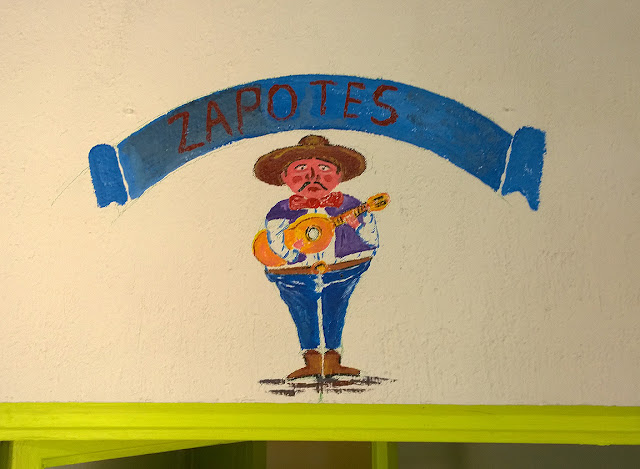 Gerardo acts as our renovation project foreman and stays in La Zapotera during the week.

In the evenings, he gives English classes to the townsfolk and does detail work,
such as our new bathroom signs.  Nice work Gerardo! 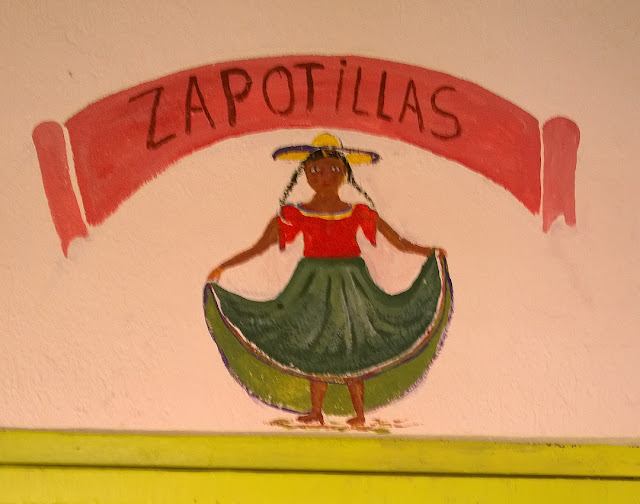 To our wonderful surprise the people of La Zapotera had planned a fish fry for lunch. 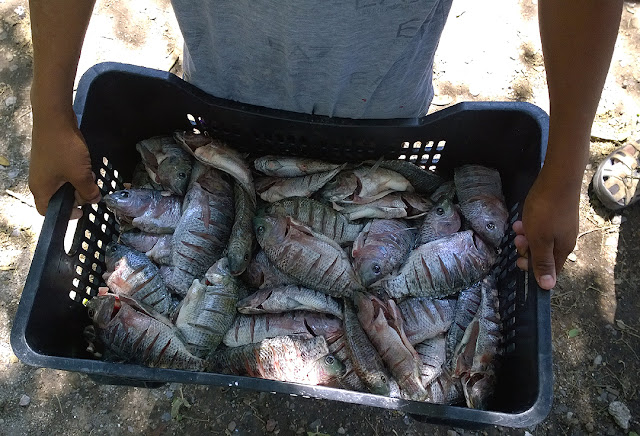 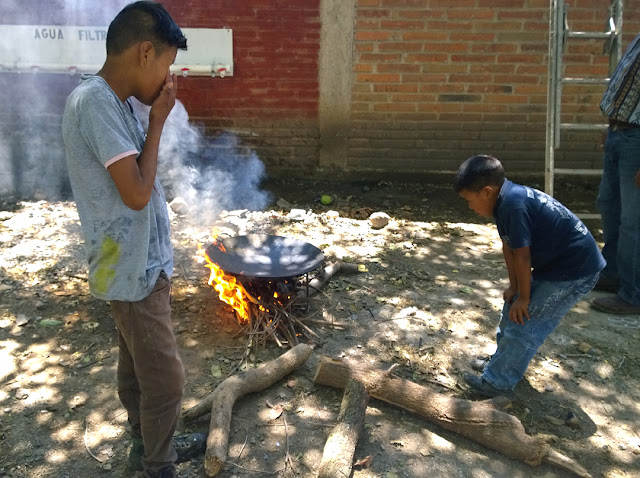 The fire started, we waited patiently. 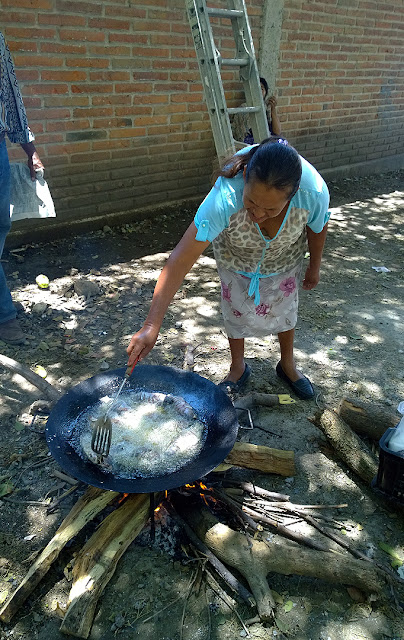 Then it was time to cook. 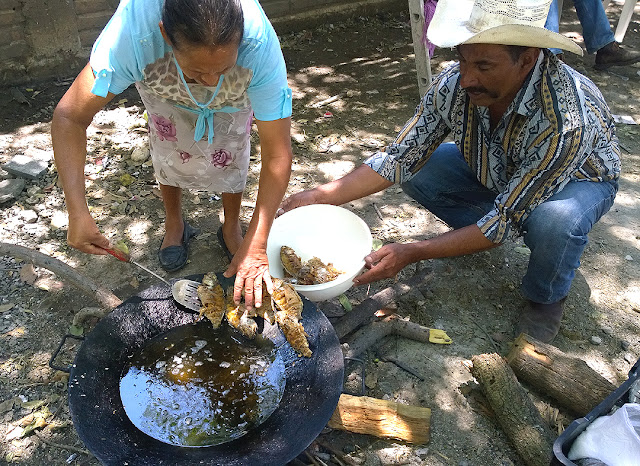 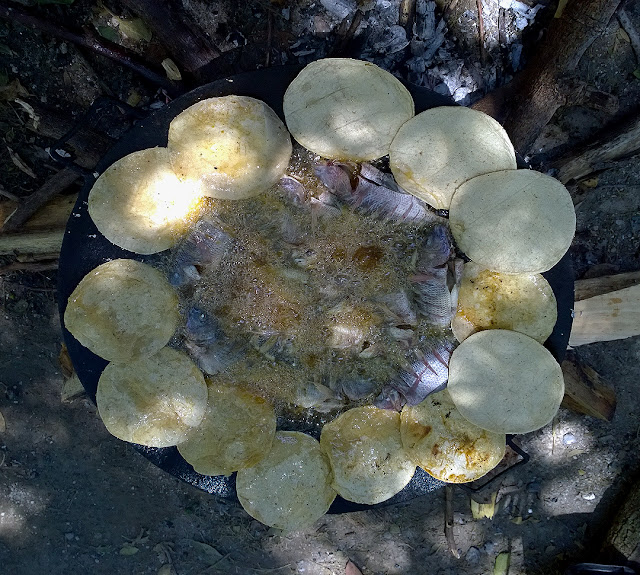 I tried to figure out why the tortillas warmed on the comal tasted so good. 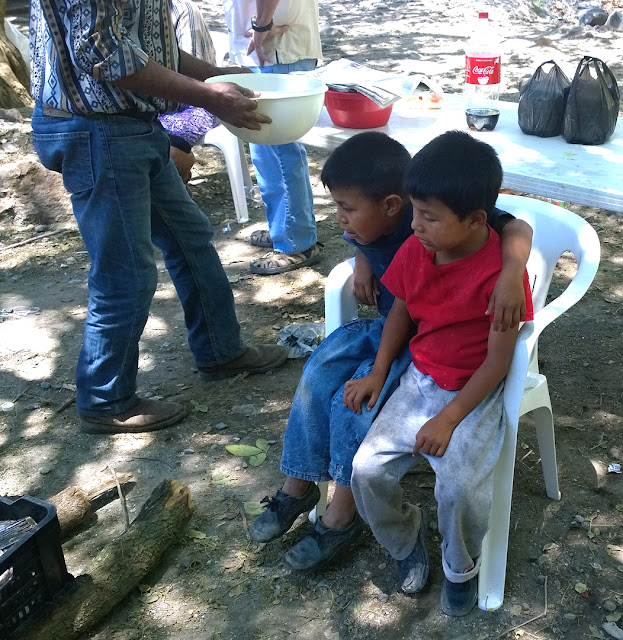 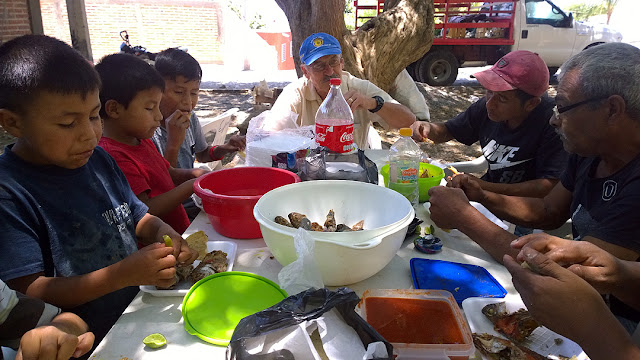 Under our big beautiful tree, next to the Community Center, we ate "al fresco".

There was enough food for all. 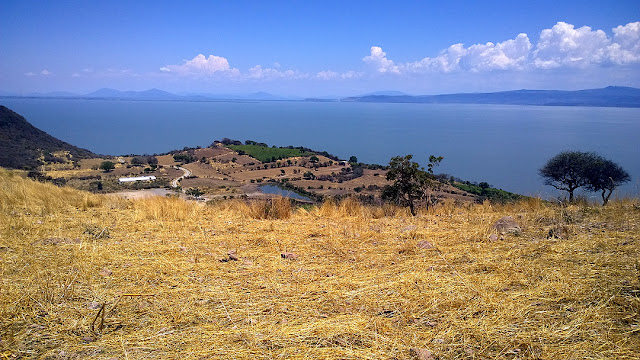 Lastly, Martin took us to see a piece of property that he is selling, with a spectacular view.

Could this be the new San Pedro Itzican area vivero location?