When we arrived at La Esperanza Vivero this Sat. I noticed that across the street a pile of old tires and broken plastic items was sitting...not a normal sight in San Juan Tecomatlan,
known for its cleanliness of town. 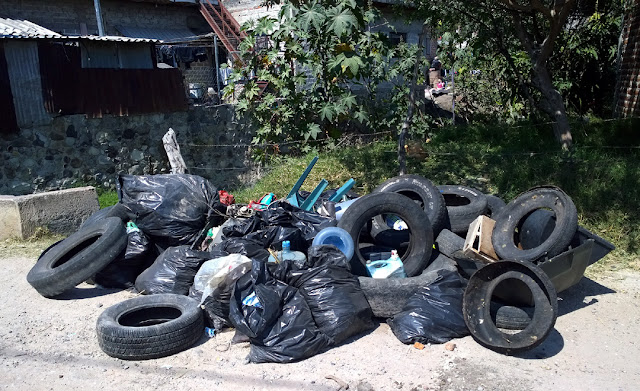 The Brigadistas had been there during the previous week cleaning up the arroyo
that runs along our Vivero property. 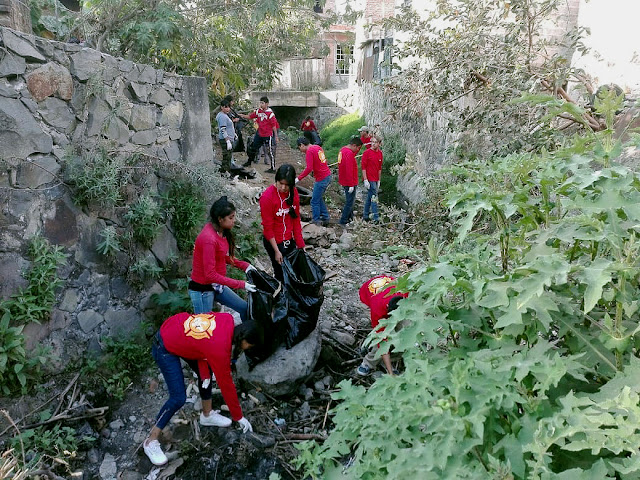 It was an ugly job, but someone had to do it. 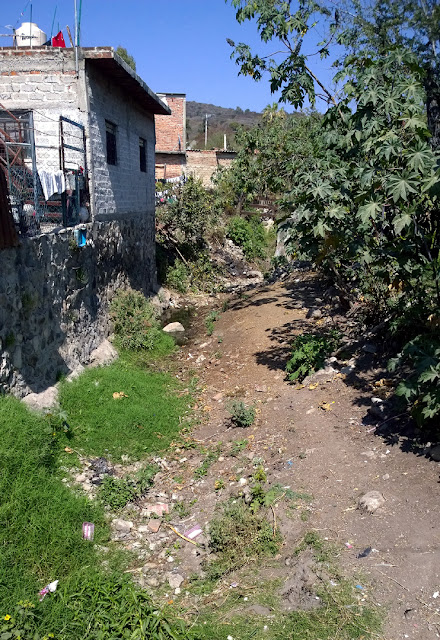 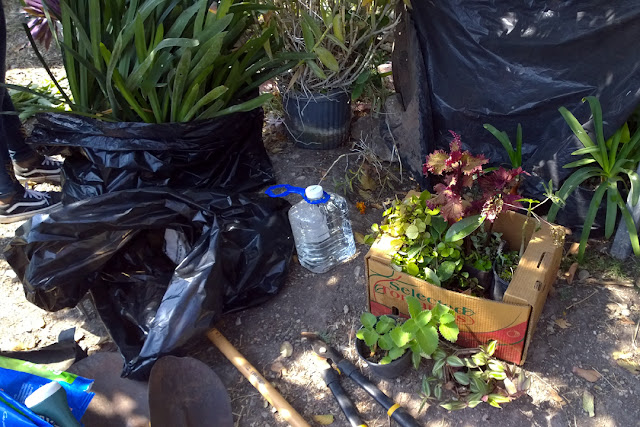 We had several plant donations this week, the most impressive being the vanload of plants Brad and I collected at our friend Joan Ward's home in La Salvias. 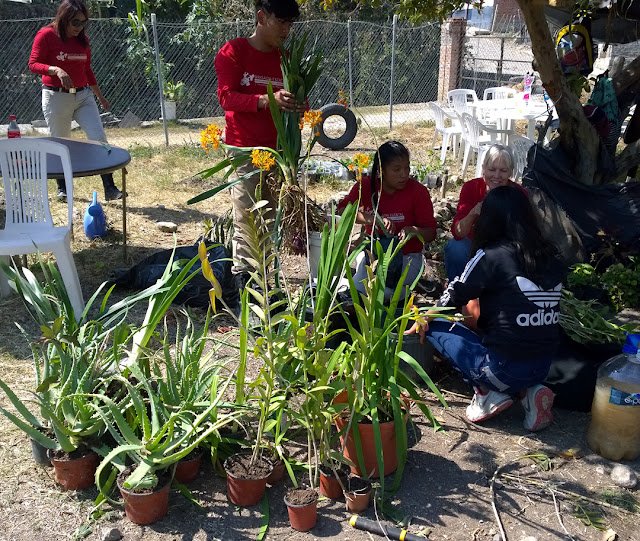 The potting Brigade was fierce! 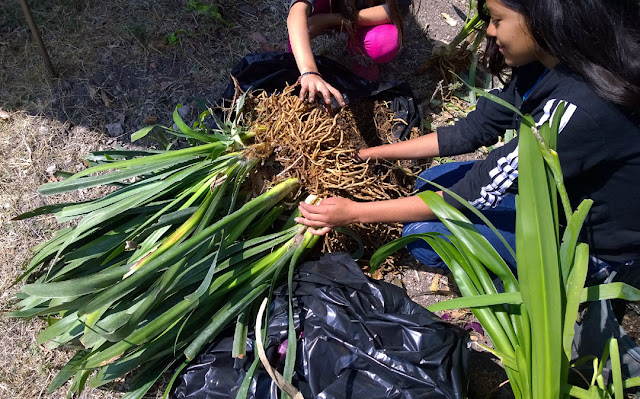 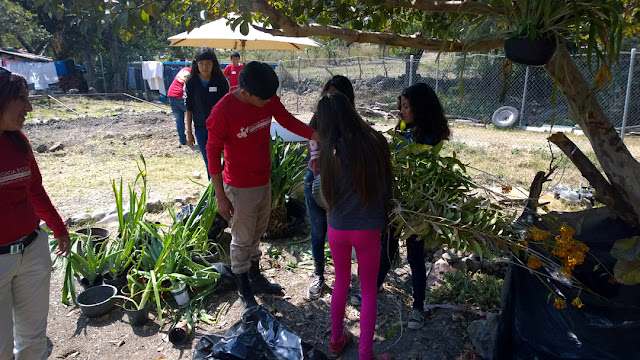 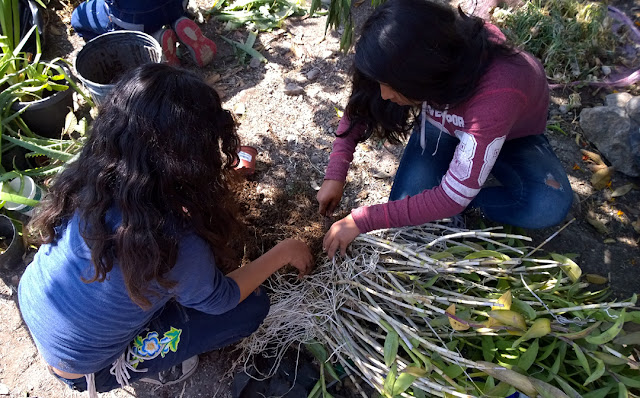 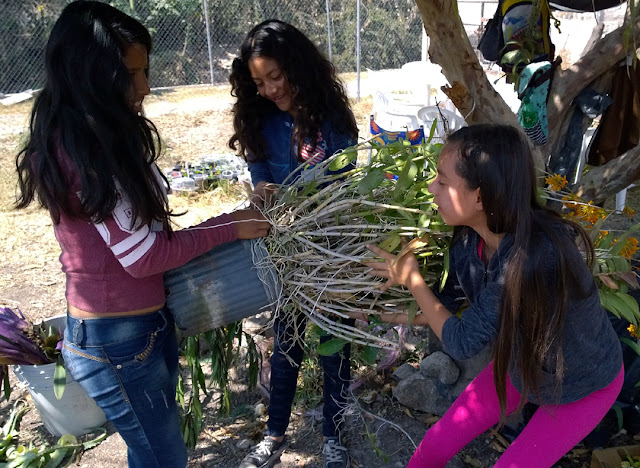 While one group worked on potting, the other worked on clearing our plot. 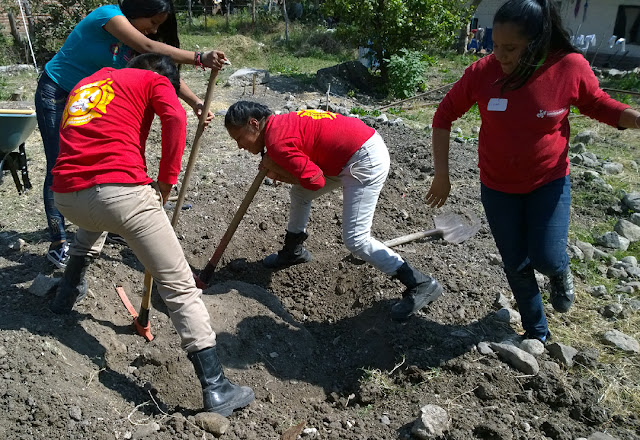 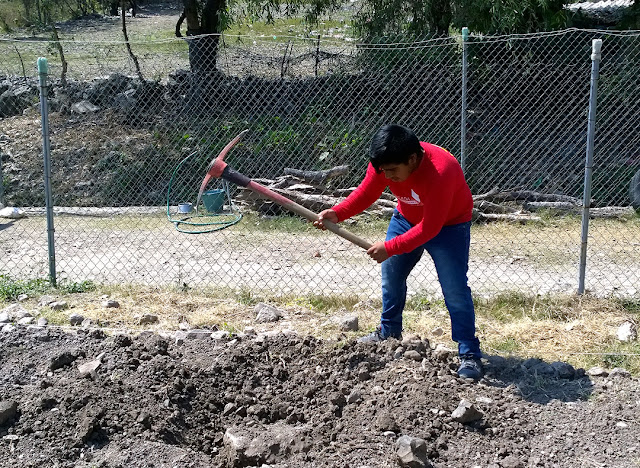 The Brigadistas carried on... 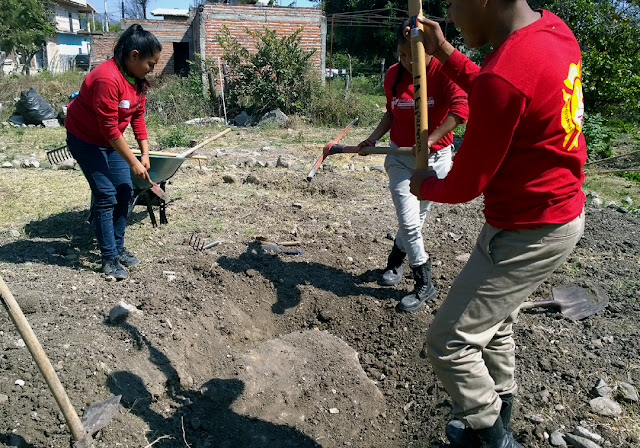 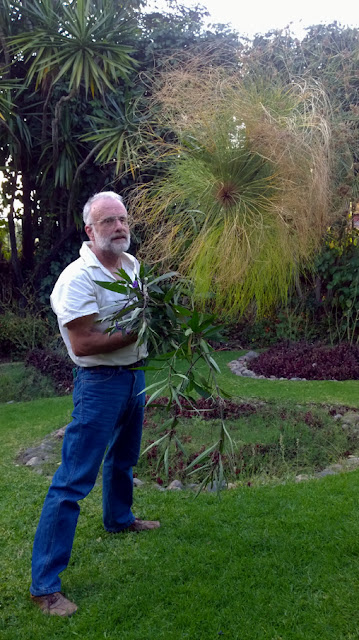 We'd like to thank our friend Joan Ward for her generous plant donations,
our constant volunteers, friends and supporters.