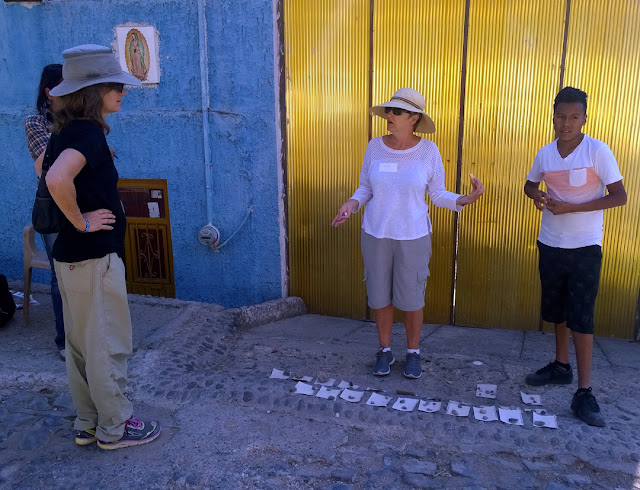 As life would have it positive efforts spring up everywhere....case in point,
our Volunteer Rita who asked the folk of La Peña if they wanted to learn English.  Next thing you know a class was taking place on the sidewalk.  Go Rita! 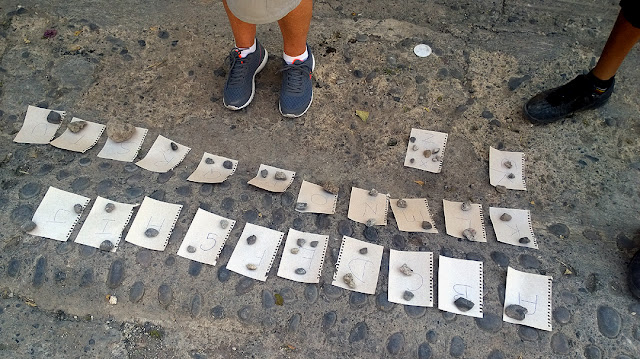 We had returned to La Peña for our weekly knitting and music & movement classes, and also to check in on the progress of Jorge's family's garden.

We were greeted by the family burro.  The burro had to give up his usual pen space for the new garden.  He didn't seem to mind too much.  Gracias burro. 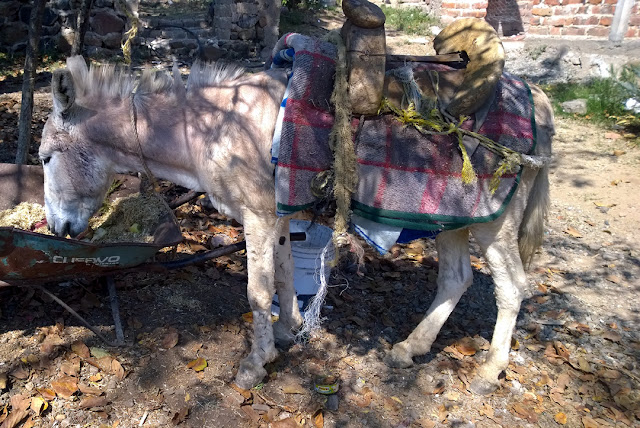 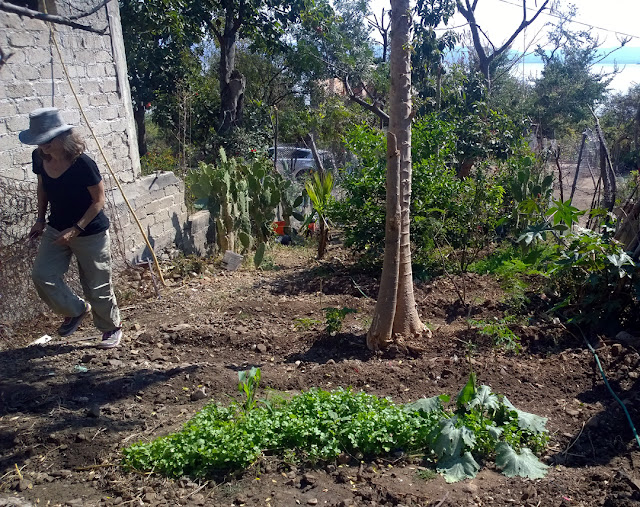 The new garden is located on the west end of the family's property, running alongside the family home, at a slight elevation. 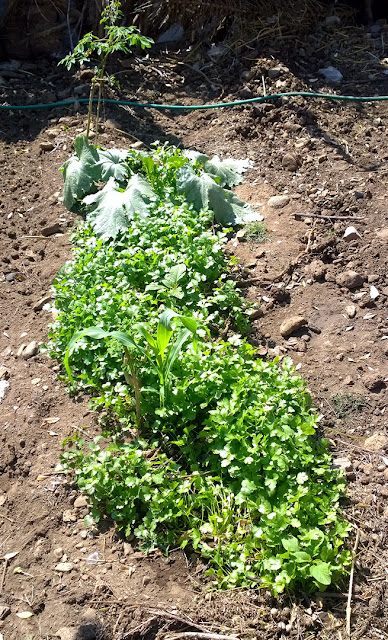 The faster growing crops like cilantro had taken off.  The newer plantlings, which had been started from seed at the Brigadista's nursery, were now in the ground, making grand efforts to catch up with the cilantro. 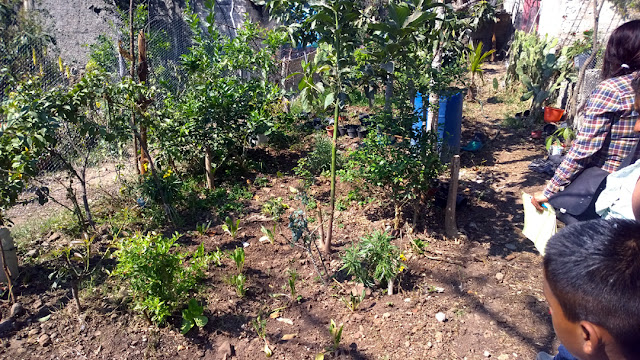 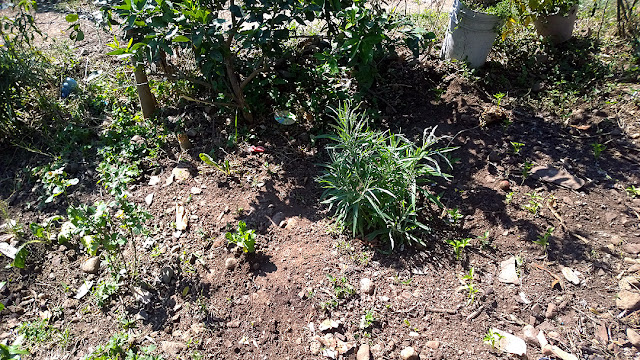 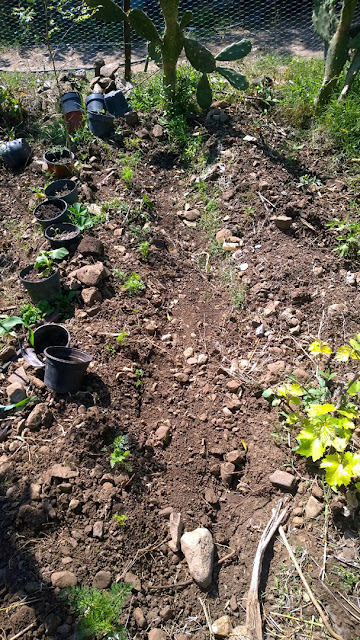 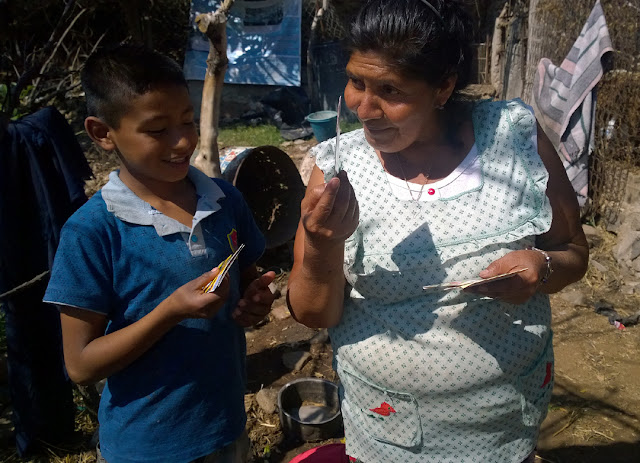 Anita had asked me to bring flower seeds to put into Jorge's garden.  Doña Olivia and her son were thrilled with the selections.  Aside from providing much needed food and nutrition for the family, their garden will also be adorned by colorful flowers. 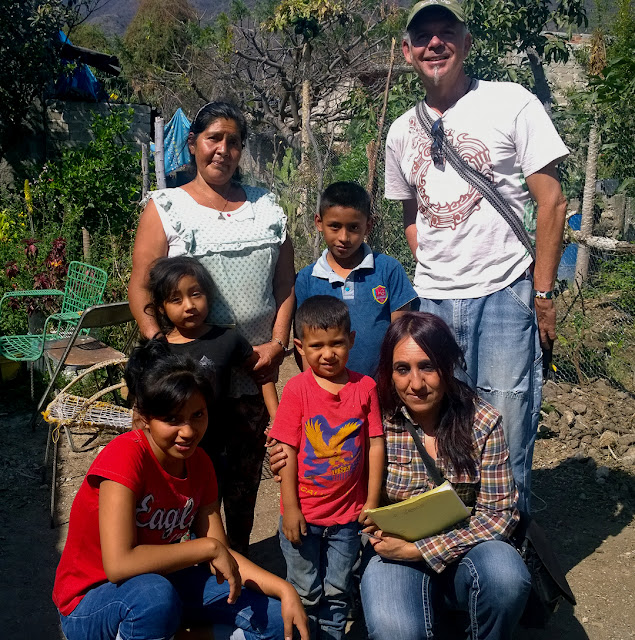 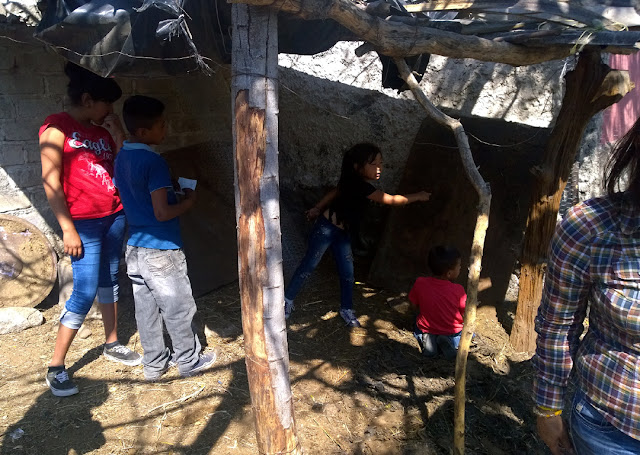 We were also happy to hear that the family planned to clear a pig pen for future use as a plant nursery.  They will start plants from seed and have an inventory to transplant into their garden, perhaps also producing an abundance that can be sold at market or on the plaza. 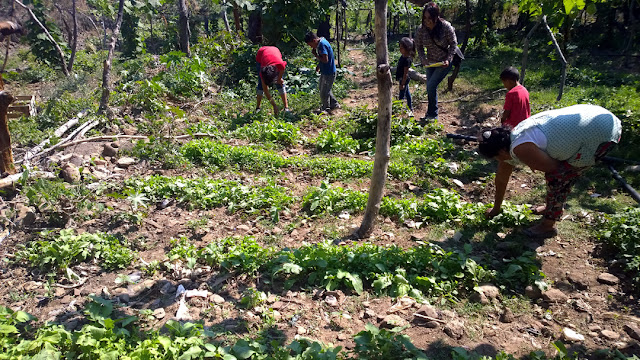 Doña Olivia and her family were very eager to show us their lower plot, where they were already growing cilantro and radishes.

Were were generously given gifts to take home.

Happiness held is the seed;
Happiness shared is the flower.