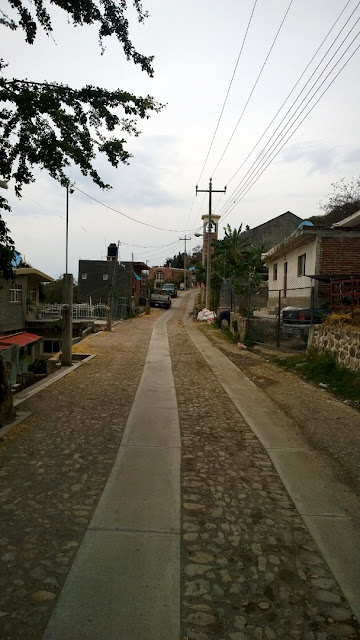 An acquaintance had guided people working in the town of La Zapotera to me.  They heard that I had started a Medicinal Plant Garden at the Lake Chapala Society and thought that I might be of assistance to the townspeople of La Zapotera, since the people there had started their own medicinal plant garden.

As you can see from the map above, La Zapotera is on the north eastern end of Lake Chapala.  The drive to arrive at La Zapotera from Ajijic is 2 hours.  The people of the town have no medical support.  A DIF representative comes out from Poncitlan every once in a while.  Basically the town and its medical needs are isolated. 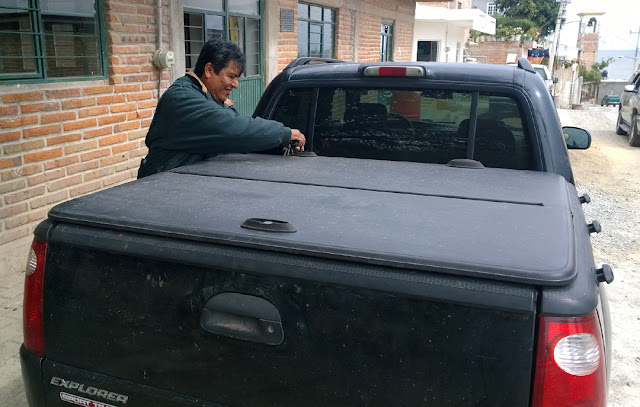 Our friend and guide Gerardo Padilla 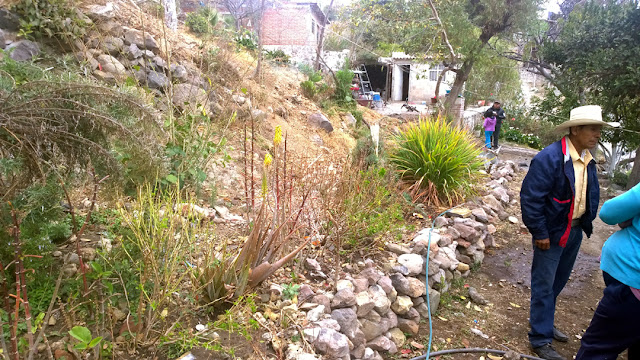 The women of the town maintain the medicinal plant garden.  They tell me that scorpion bites are common among the people, although they very rarely have any antivenom available to give to the scorpion bite victims.  Instead they use a medicinal plant remedy of Horse Tail Reed and Santa Maria in tea form to help the biten person. 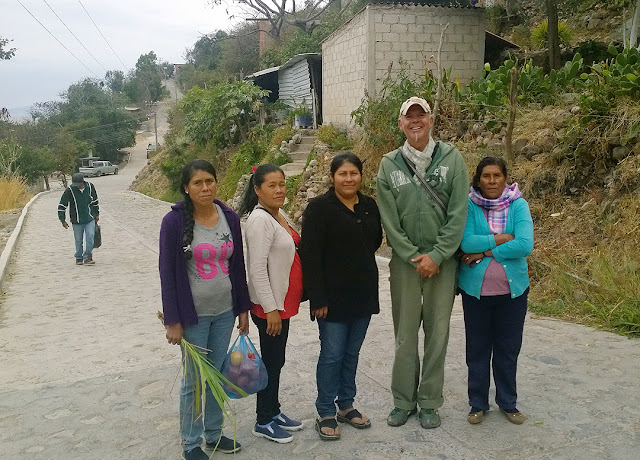 Fco. and the women who run the medicinal plant garden of La Zapotera 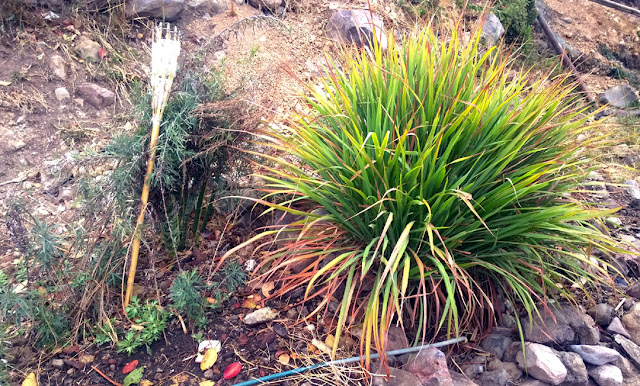 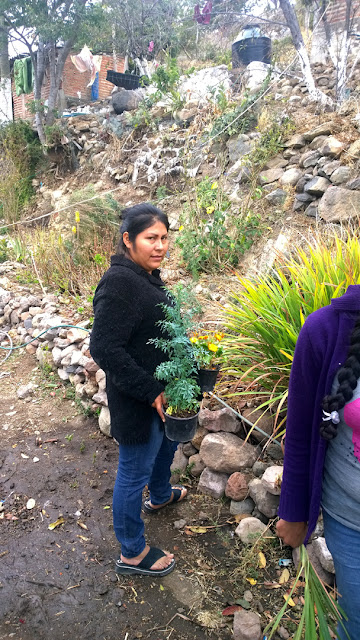 Lucy with the plants we gifted the garden

I also shared with the women of the town our project in Ajijic.  Our medicinal plant garden is at the Lake Chapala Society (LCS) and is growing slowly during the winter, but shows great promise. 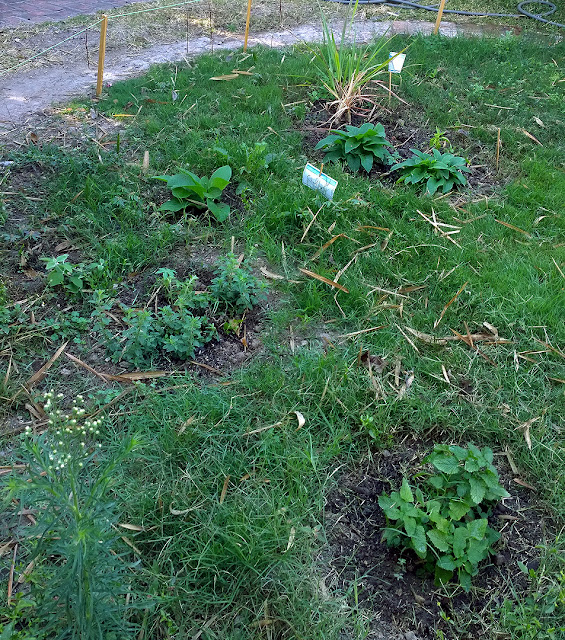 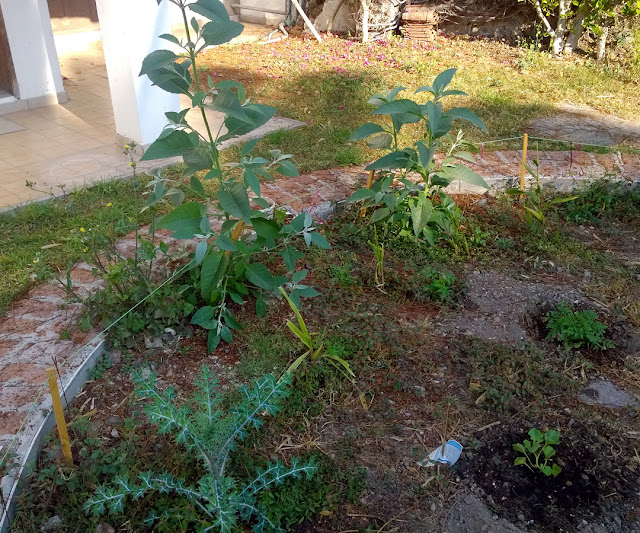 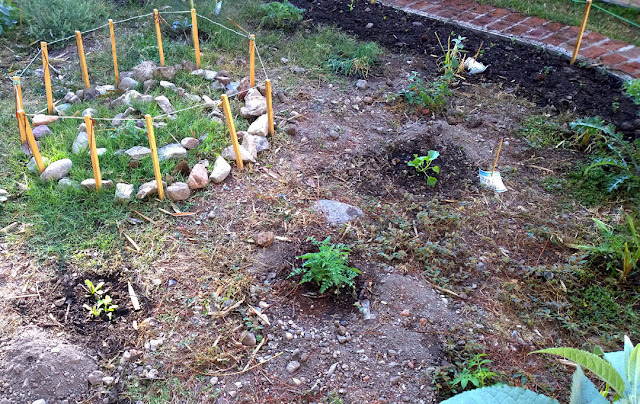 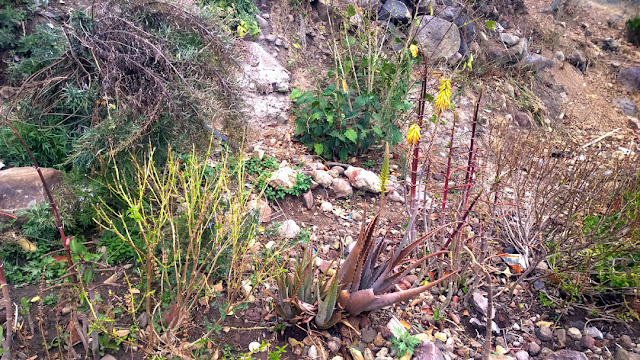 Leaf Cutter Ants are everywhere!  Even in La Zapotera 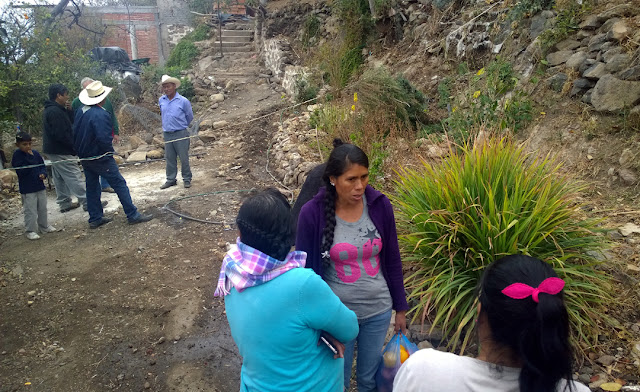 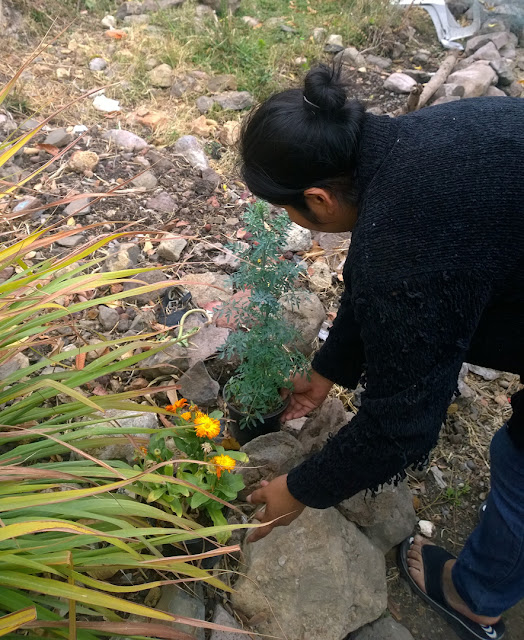 Lucy places Ruda and Calendula in their garden, gifts from the Ajijicans 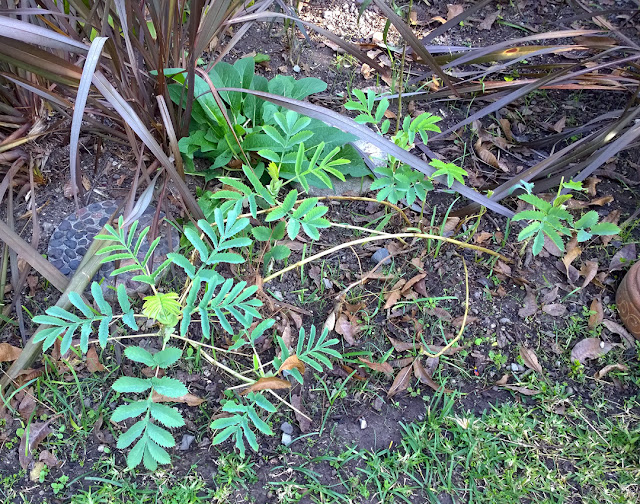 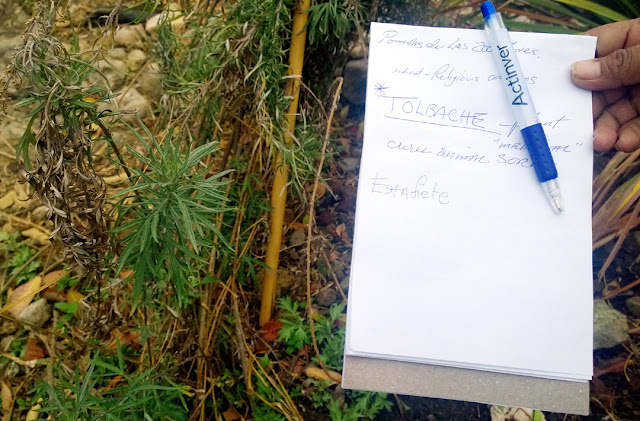 Principally the leaves and flowers, and sometimes the stems.
How is it used?

The leaves and flowers are steeped in boiling water to make a tea for the treatment of various ailments, most of which are related to the digestive system.
Other Common Name:

Principally the leaves and flowers, and sometimes the stems.
How is it used?

The leaves and flowers are steeped in boiling water to make a tea for the treatment of various ailments, most of which are related to the digestive system.

A plant that brought much reaction when mentioned was the Toloache.  I was not aware that in English it is known at Datura.

MEDICINAL USES: In Mexico, toloache is used as a remedy for many disorders and symptoms, particularly fevers. The Apache use the juice of the flowers and roots to disinfect wounds. Dew drops that have collected in the flowers are used as an eye wash (Ratsch 1998, 199). 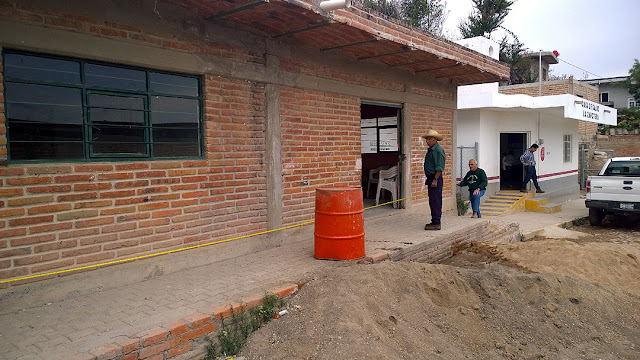 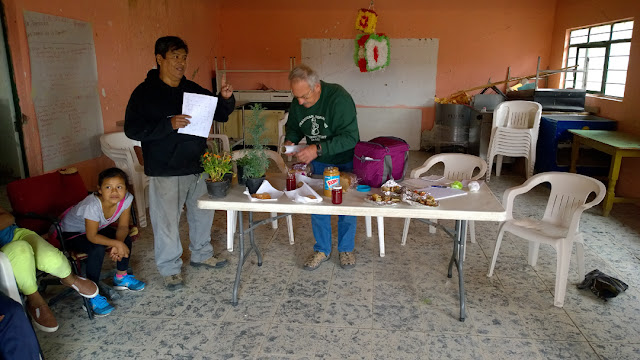 Gerardo, Harvey and I met with the elected town officials in the building.  These being the Presidente Ejidal, Ramon Flores and the Delegado, Sr. Antonio. 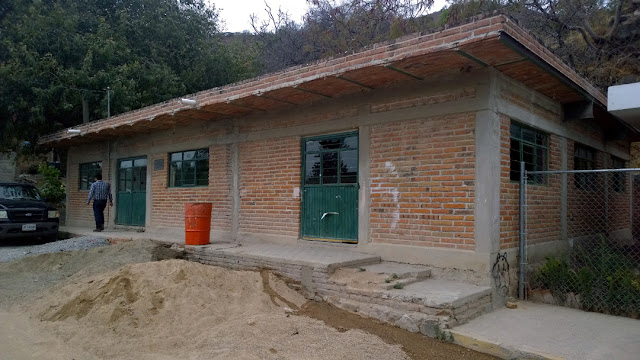 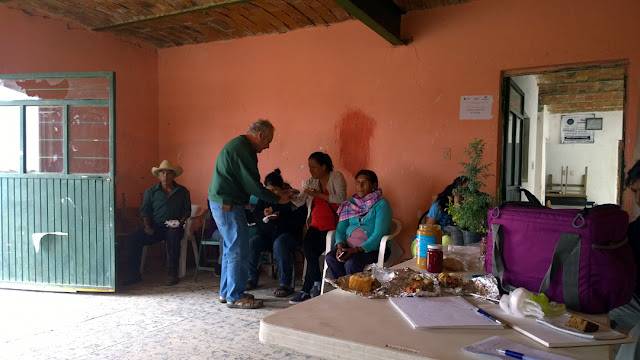 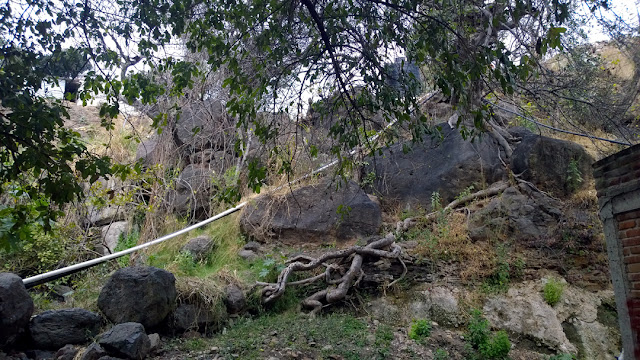 The town has a preliminary water filtration system in place.  Lake water is pumped to a high tinaco, purified and is available to the town for use. 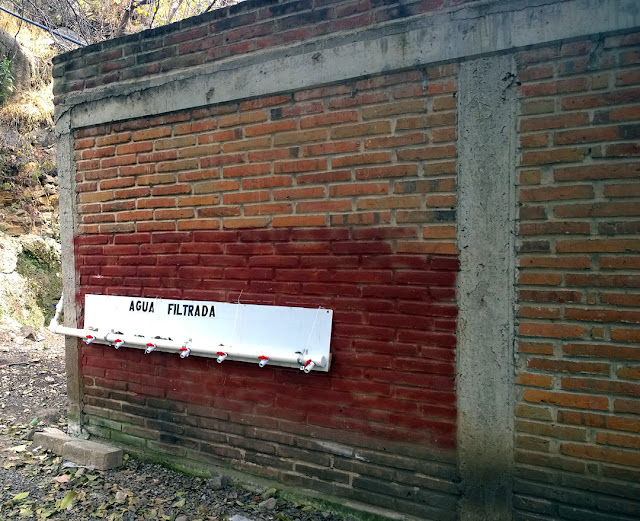 Harvey was wise enough to not allow us to visit empty handed.  He spotted a great deal on tomatoes at Pancho's Deli Market and purchased a few boxes. 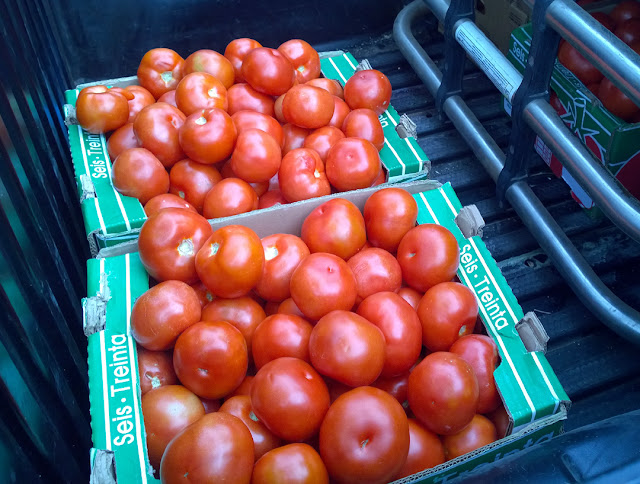 These were distributed to the townspeople at the end of our work day. 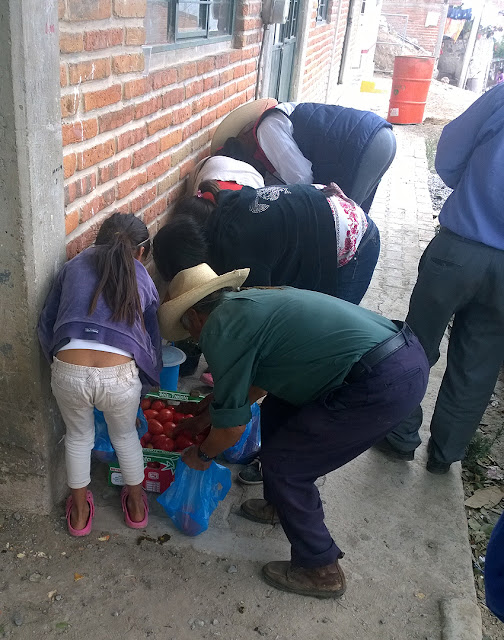 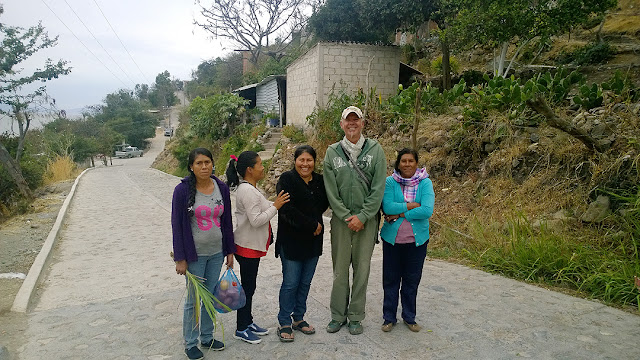 As we continue the development of our respective medicinal plant gardens, we've vowed to create a bridge of knowledge and amistad (friendship) and interchange information and plants.

May we all grown beautifully!
Posted by Art Xik Xik at 5:26 AM