Another reason why I moved to Mexico is that celebration seems to be ingrained in our DNA structure...We live for and love celebrating life, and this is reflected in our cultural festivals.  May happens to be a primary cultural festival month as evidenced  by the 9th Annual Encounter of Harps, Salterios y Mas!, which we attended yesterday at the Cultural Center here at Lake Chapala. 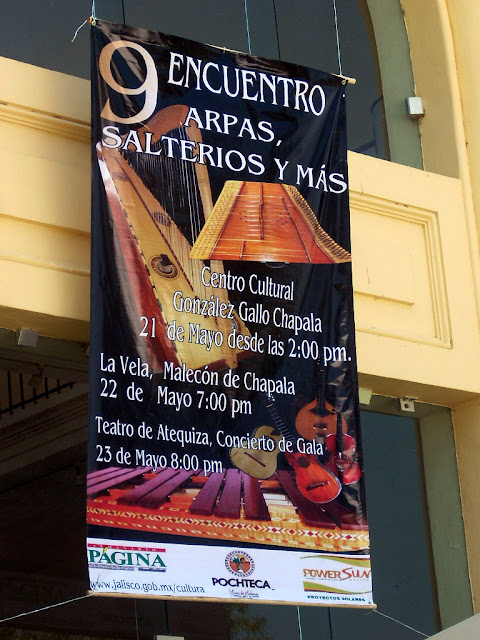 The festival is free to the public and this day, not only was the entry being gifted to the local people, but food and drink was also being generously handed out.  I myself  partook of the tequila...over and over and over again! 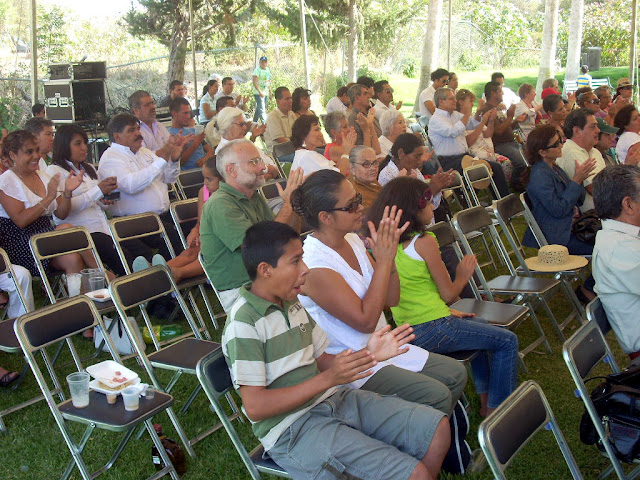 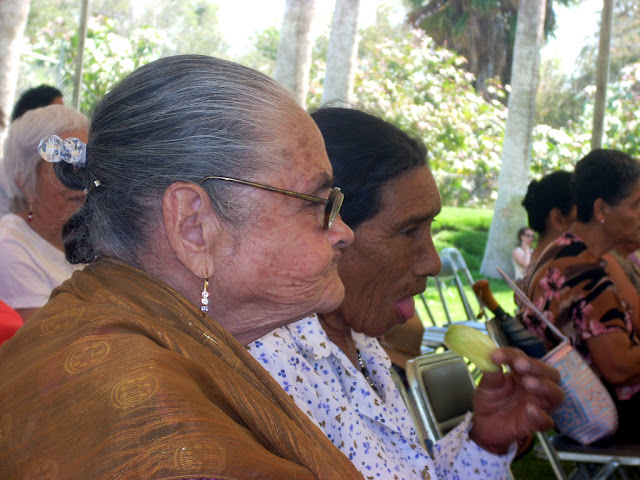 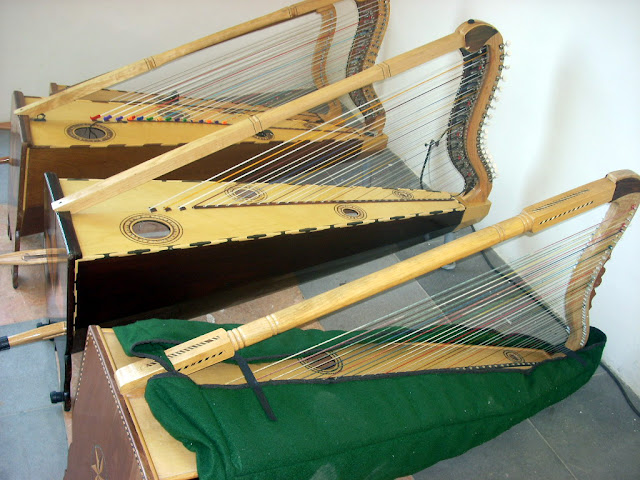 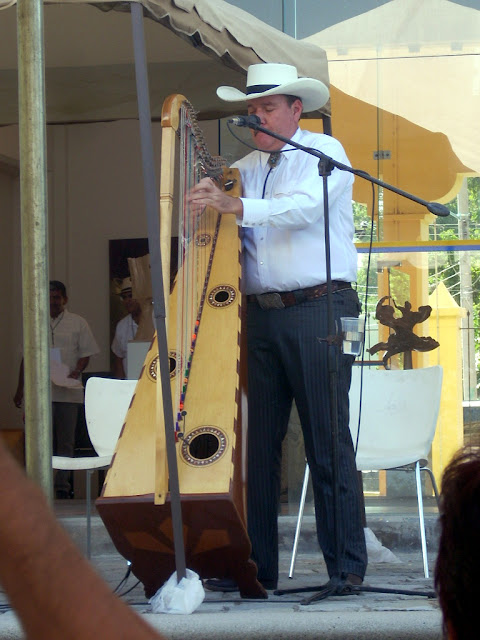 One of Dueto Los Centenarios (one of our favs) 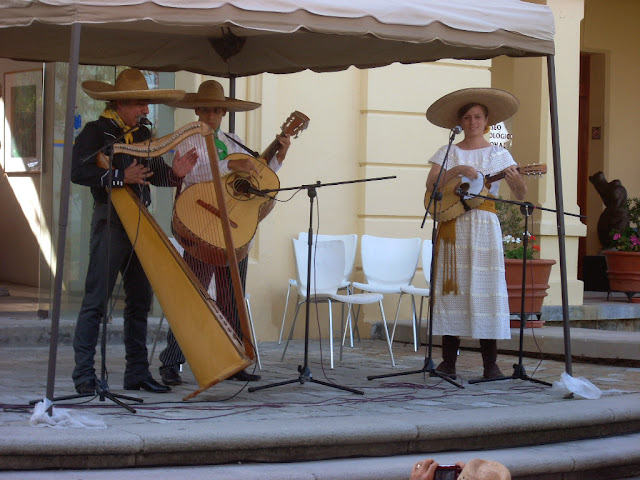 Trio from Mariachi Tequileno de Pancho Gomez
They were stellar and based in classical mariachi style. 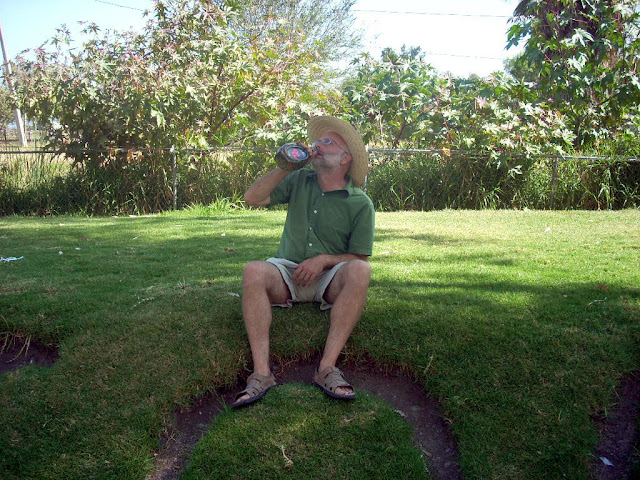 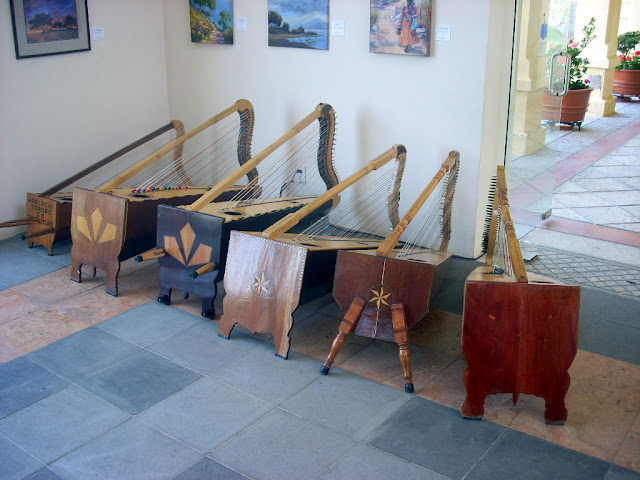 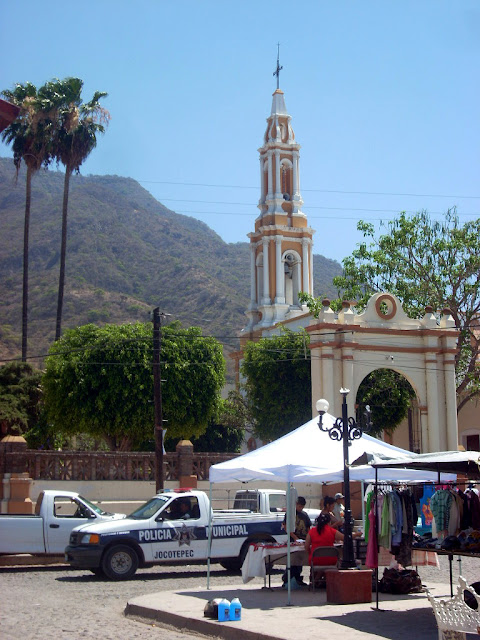 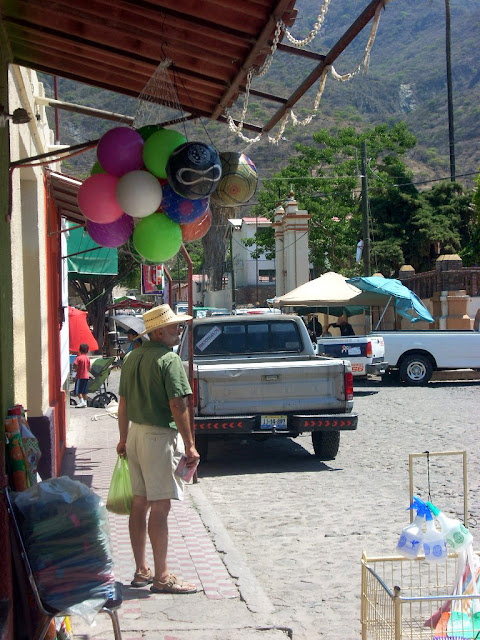 Our friend Karuna also wanted to know what we knew about Super Adobe, since she had signed up for a workshop in Veracruz at the end of the month and had a project in mind in a nearby town where Super Adobe might be a good fit.  Luckily, Brad and I have been aficionados of Super Adobe ever since we met Nader Khalili at Cal Earth in Hesperia, CA.  I've taught his theory and technique in my sustainable design courses...and Karuna thought we might be able to help with the local Super Adobe project. 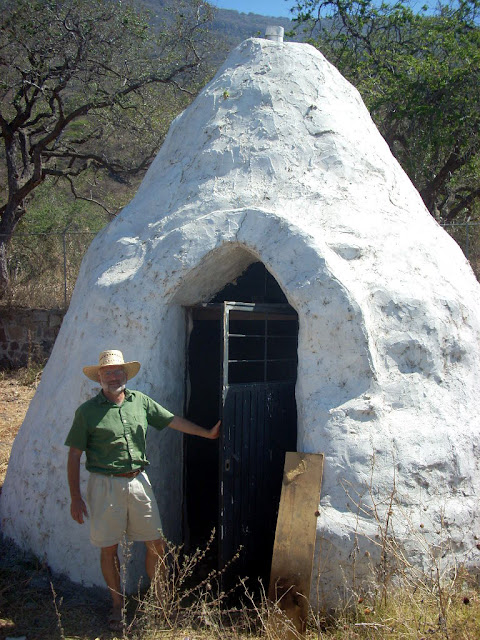 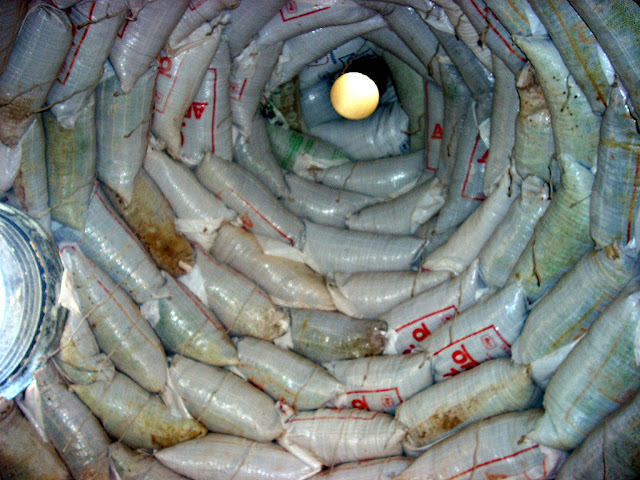 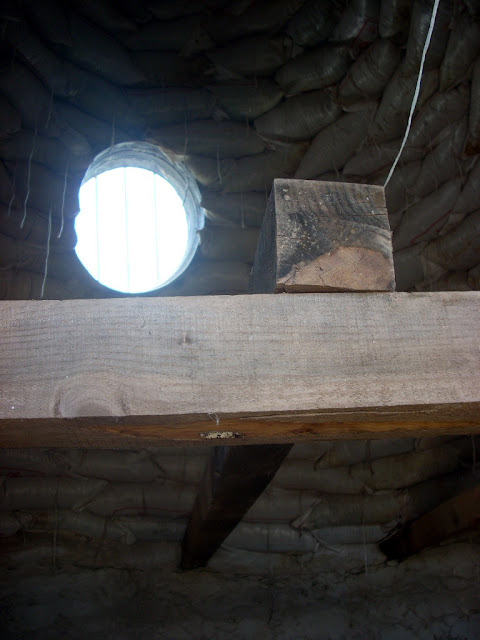 It's technique was rustic, and the structure apparently unfinished.  It still was good to see and inspect the building, which measures approximately 10 feet in diameter at its base and 13 feet high at the top vent.

While wandering around town buying fresh local produce, we happened upon the old church of San Juan Cosala, which BTW I liked even more than the present day one. 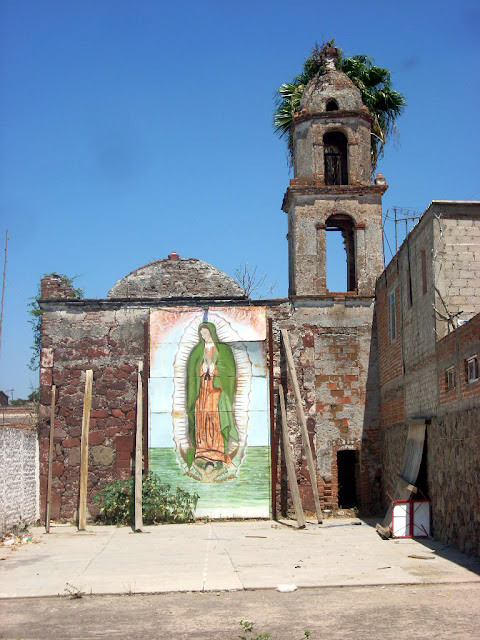