The fiesta in San Antonio Tlayacapan is well known as the biggest party in the area, It's even said that the fiesta's noise brings the first summer season rains, and this year it did!  Right on time, as predicted we had our first rains of the season. In recent years, devout village families have been striving to bring the emphasis back on the patron saint and the church. One way they have accomplished this is by dressing some of the village's children in the brown robes of the Franciscan monks for the evening processions. 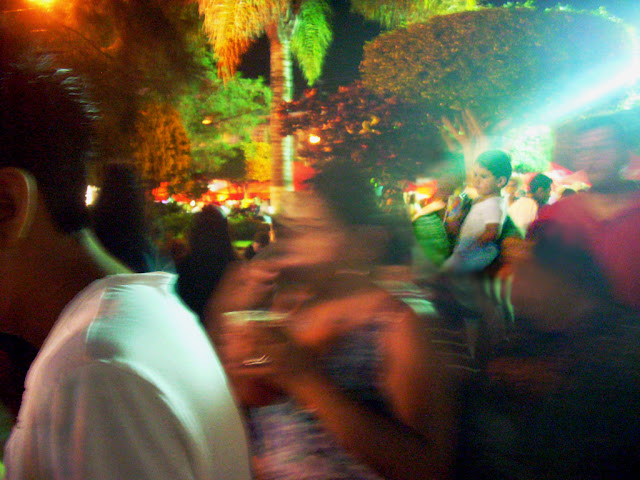 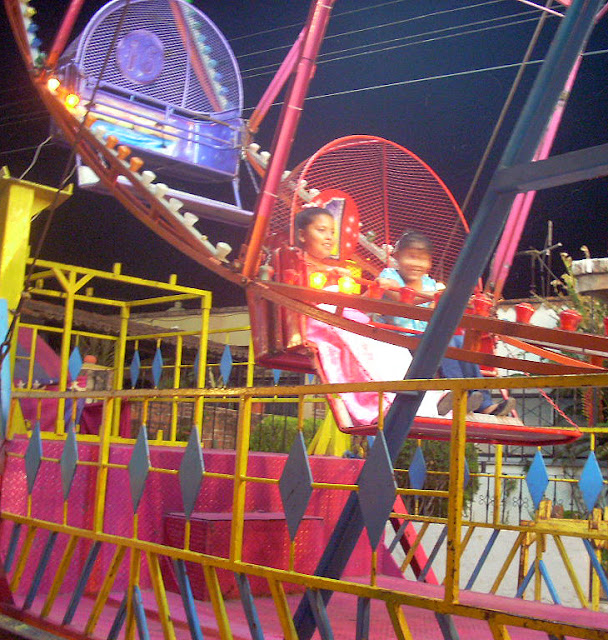 St. Anthony is the patron saint of lost items, romance, old maids, boats, shipwrecks and the poor. Statues of San Antonio are prominent in many area churches. In church statuary, San Antonio always wears brown Franciscan robes and often holds the child Jesus, a white lily, or a book. 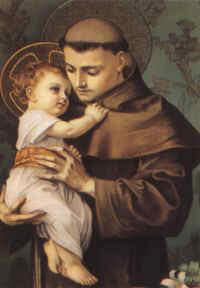 San Antonio was the privileged son of a 13th century Italian family. The wealthy family expected Anthony to become involved in the family business, trading in silks and other bounty from the Orient.  Instead Antonio became a Dominican priest, and then left that order to join ranks with the missionaries headed by St. Francis with hopes of becoming a martyr by being killed by the infidels. He became so ill on the trip to the African coast that he was sent back to Italy immediately.

For years, he lived quietly in a rural hermitage, cleaning the kitchen and hiding his background, intellect and education. When St. Francis of Assisi discovered Antonio's gift for speaking and sharing the scriptures, he sent the humble priest all across Europe where he preached to enormous crowds. 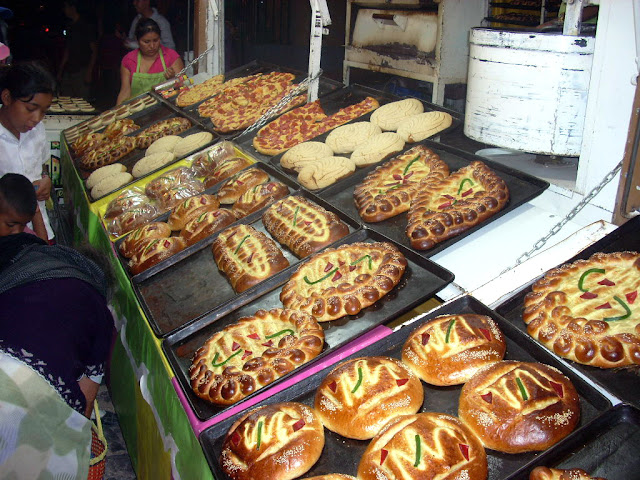 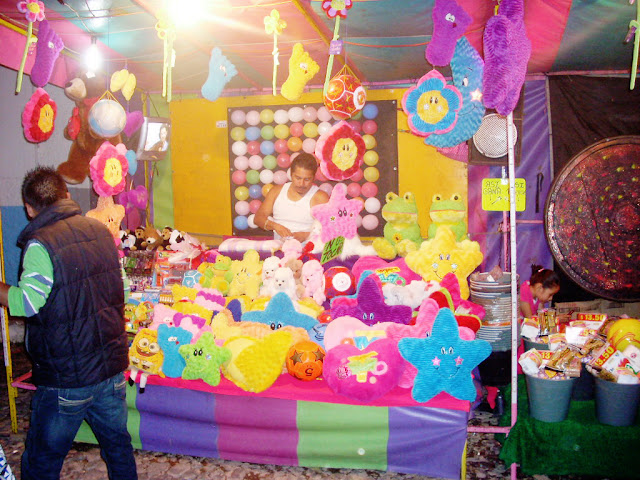 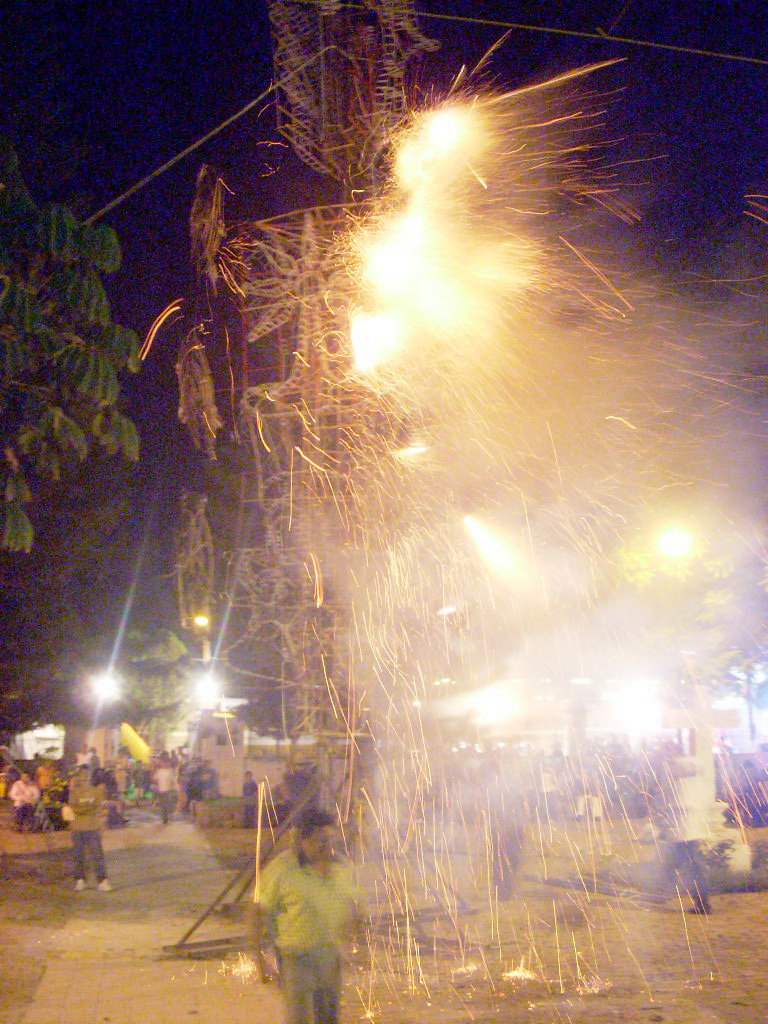 Each day of the fiesta patronal culminates in a giant firework castle or castillo.  I remember these from my youth in Guadalajara in the month of October, when we would honor our local virgin, La Virgin de Zapopan. 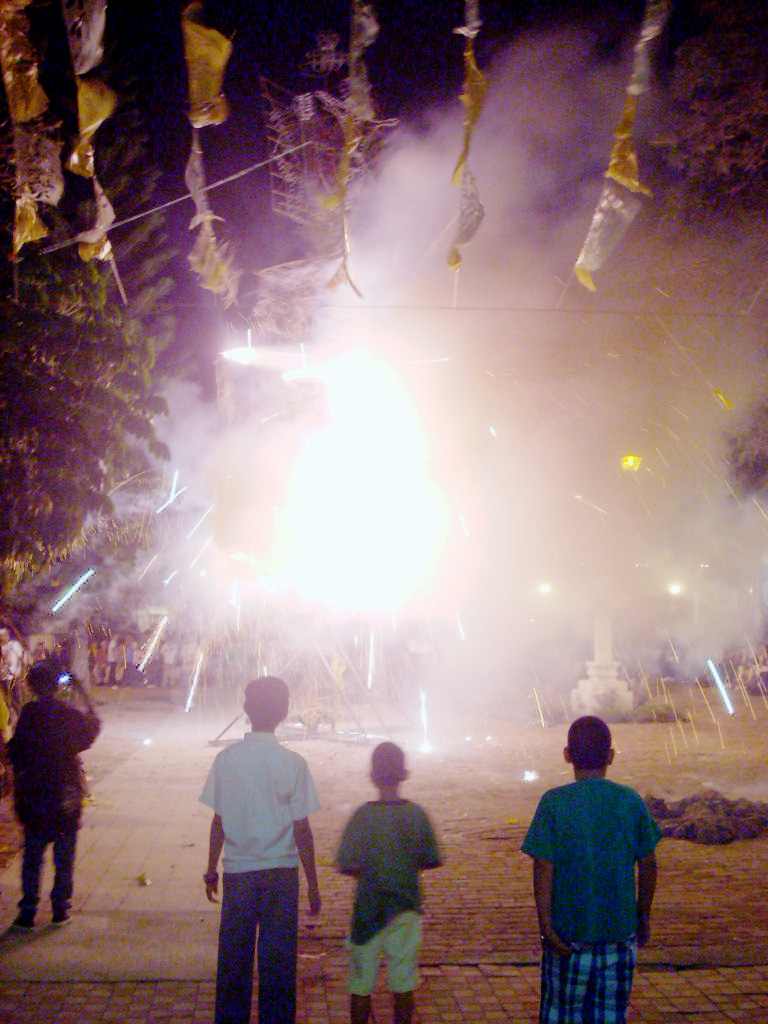 Brad and I headed to San Antonio about an hour before the castillo was to be lit...people crowded the little plaza, circulating round and round.  We ate corn on the cob with limon, sal y chile as we strolled.  The anticipation of the spectacle was palpable. 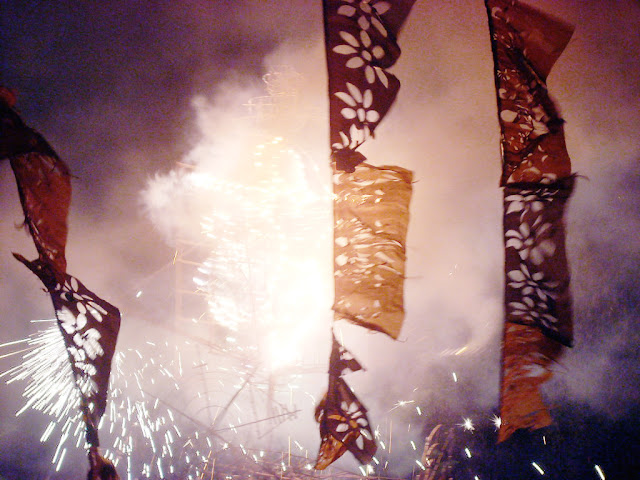 The church papel picado flags flapped in the lakeside wind as the castillo was being lit. 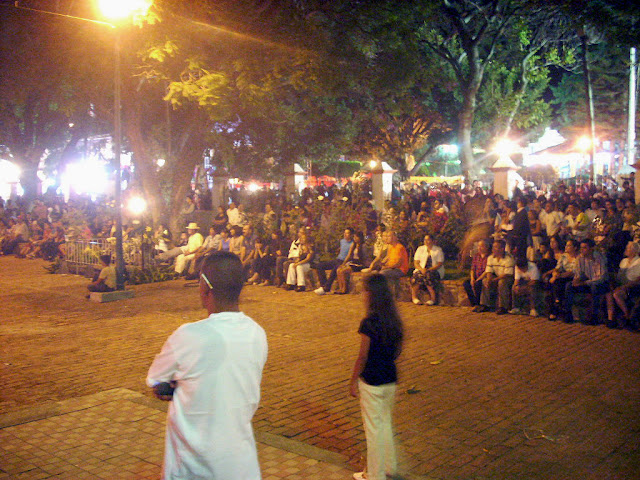 The crowds from the plaza poured in as the sounds and lights of the castillo enticed everyone into the churchyard . 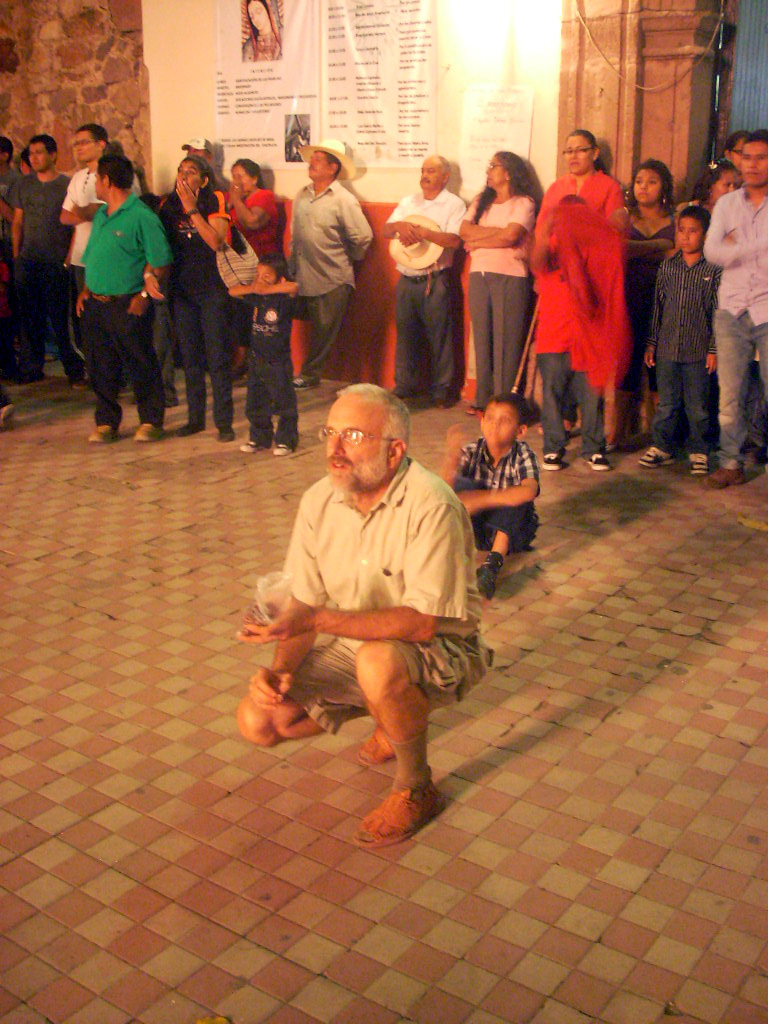 The castillo is unlike any other firework display...as read on Brad's face. 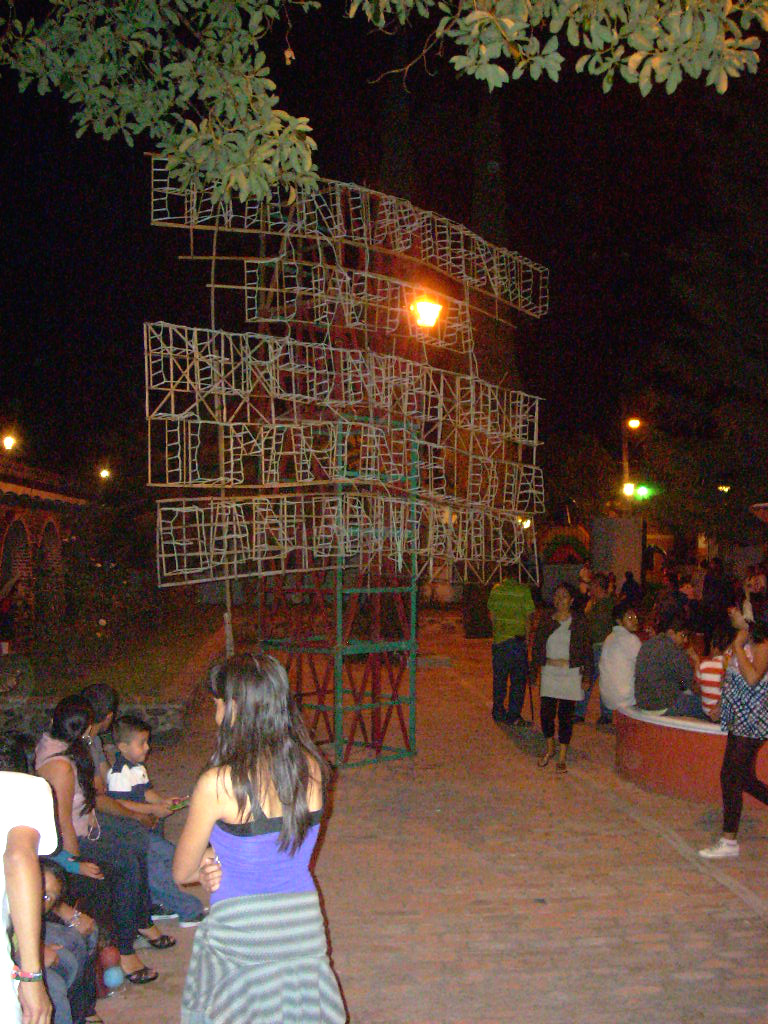 Several firework structures were to be burned that evening. 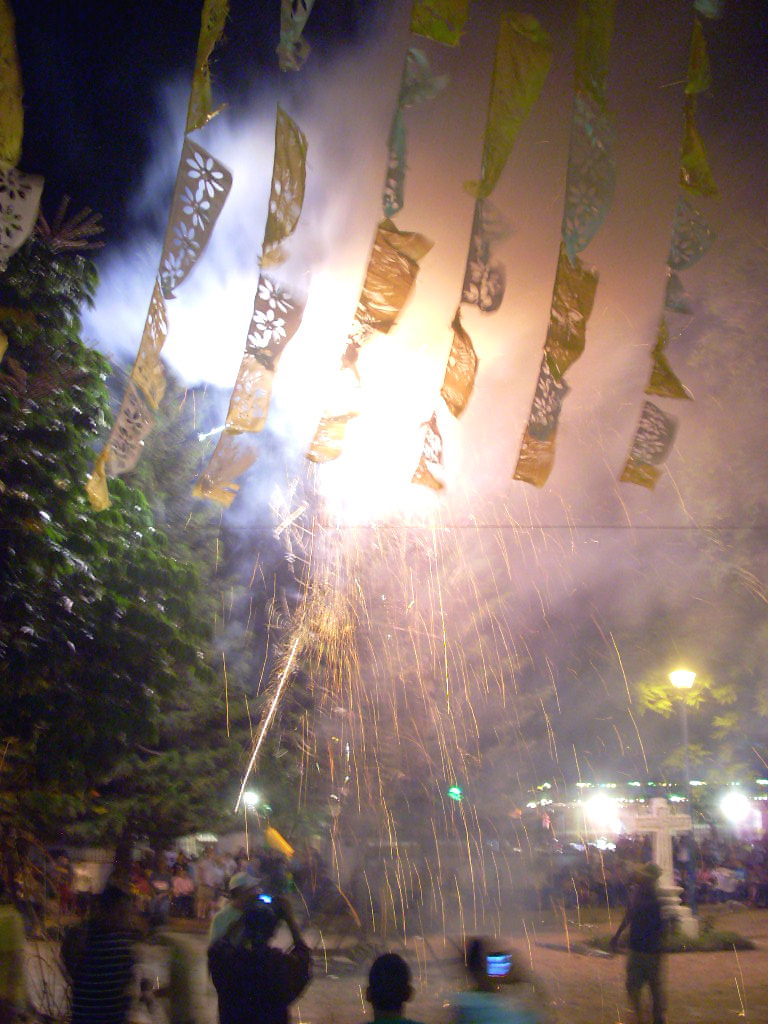 The firework display lit up the night. 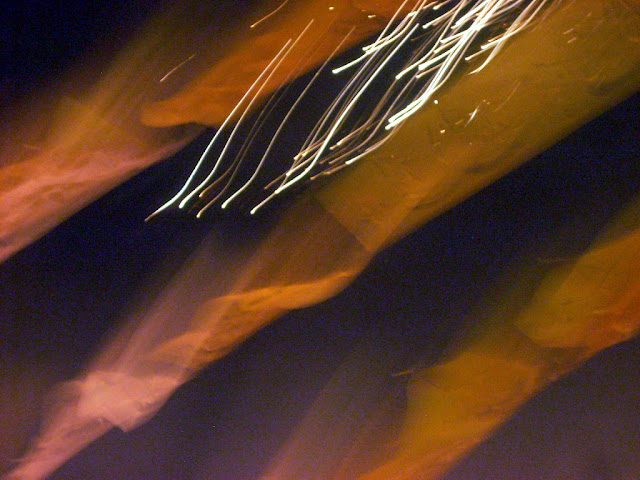 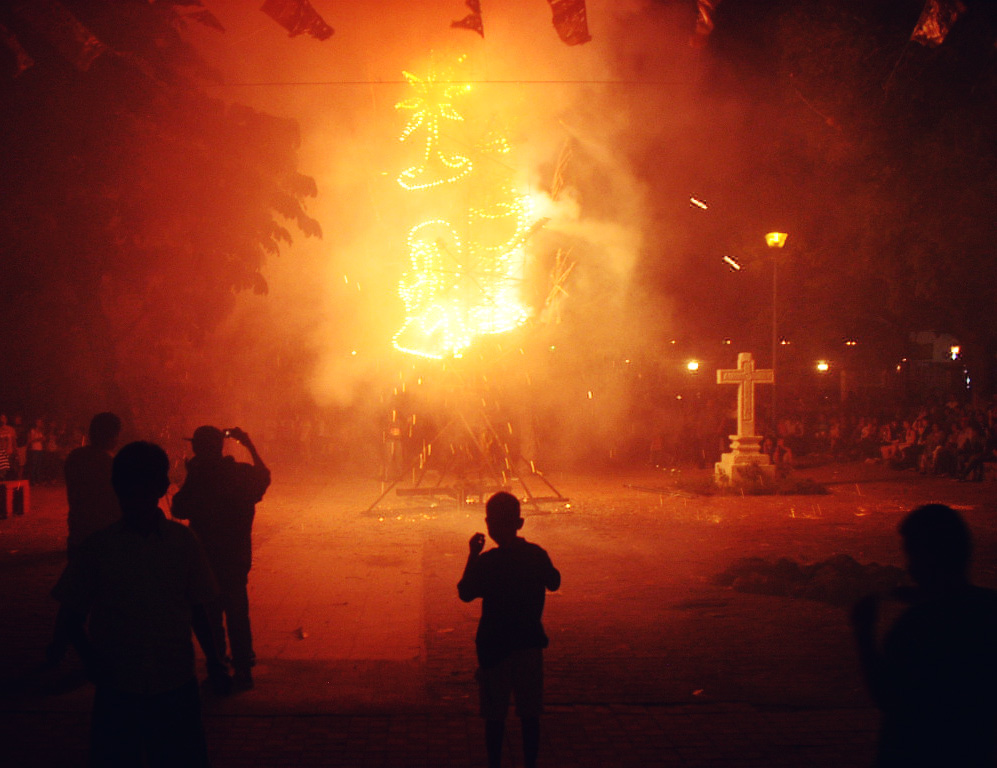 As the last structure burned it brought our evening to an end.  But the fiesta carried on into the wee hours of the morning...and early in the morning, after all the rides and booths were put away, the calming, cooling rains arrived...lulling us back to sleep and giving much needed moisture to our landscape and our souls.