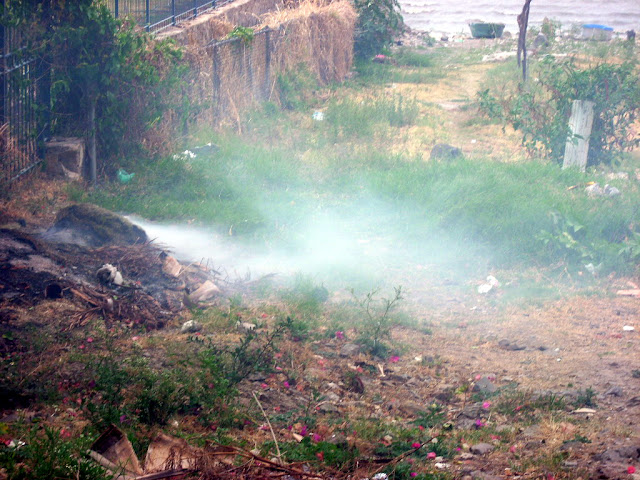 One of the most confusing things about driving through Mexico, or almost any state in any country for that matter, is how people nonchalantly throw trash out of their car windows or throw trash on the street as they stroll by, be it cigarette butt or fast food container.  Almost any animal, even a dog, knows not to poop in its own home.  So why is this lesson so hard to learn for humans?

When I ask, what I hear is that society has set up social systems and workers to clean up after "us".  But if your country is like mine, the resources set aside, or promised, for this task always seem to have been depleted too early and trash accumulates along roadsides, walkways and sidewalks.

So, coming from the eco-forward city of Santa Monica, CA. I thought I could coordinate neighborhood efforts for a lakeside cleanup.  I thought of asking if there already were efforts created along this line of thinking.  Before I could ask, I ran across a group of yellow and red T-shirted youth along the Ajijic Malecon...300 or so strong....with plastic trash bags in hand....busy picking up plastic bottles, food containers, paper wrappers, etc.  It was as if the divine spirit, the Lady of the Lake, had heard my inquiry and answered my prayers.

Who were these numerous busy workers?  Where did they come from?  How was it that they mysteriously appeared lakeside and were making our beautiful lake a pristine paradise?

They appeared to be high school age.  I asked a group of them what they were doing and why.  They answered that they were part of a bi-annual lakeside cleanup crew from a high school or preparatoria from Guadalajara that visits the lake in June and November every year to help clean up what we, the locals, discard as trash.  As I am now a local,  I was embarrassed to not be able to say that I was part of a clean up effort along the lake.

I sought out one of the two teachers responsible for the cleanup crew and learned from Ms. Sandoval that this effort was part of a high school curriculum focusing on environmental, sustainable issues.  The high school in question is the Preparatoria de Jalisco in Guadalalajara.  They have been visiting the Lake of Chapala for the past 12 years, twice a year, cleaning up other people's trash. 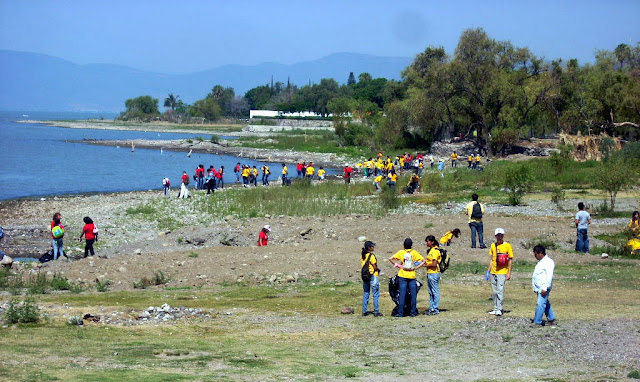 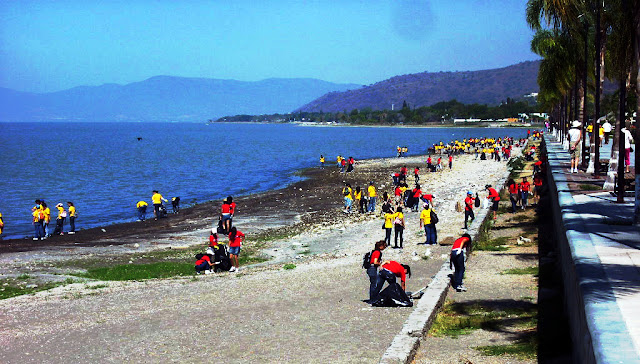 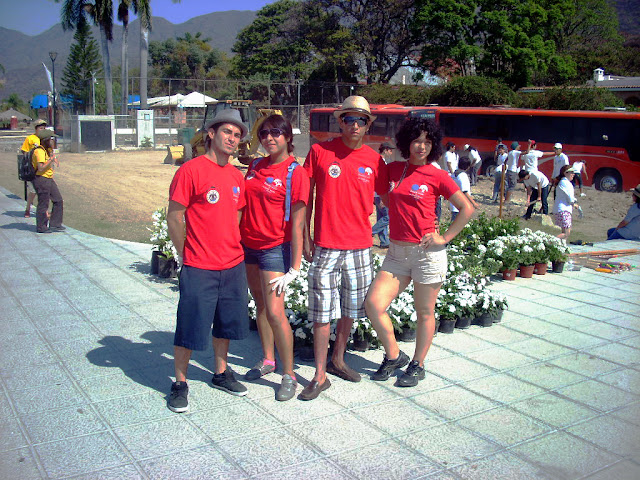 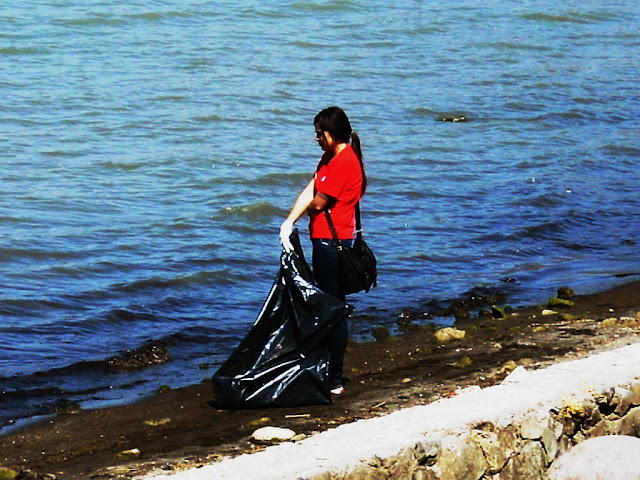 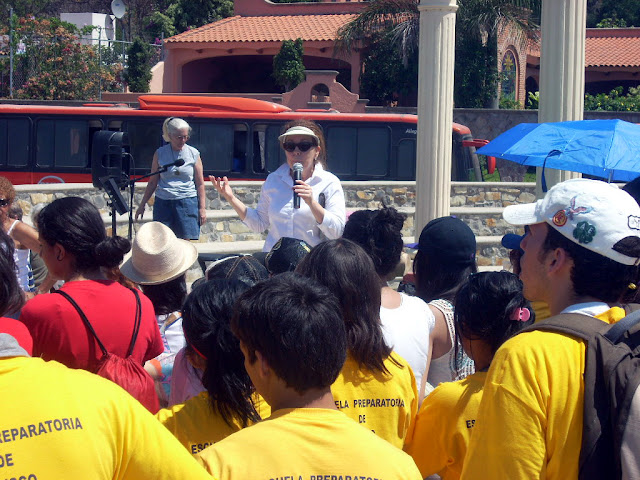 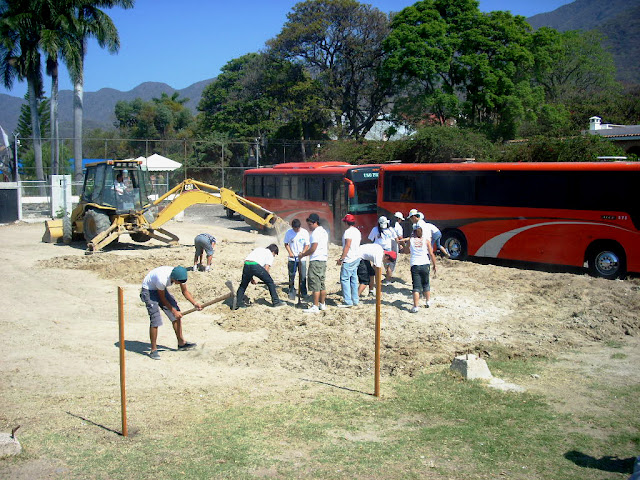 Aside from cleaning up the lake, the Prepa group also was going to plant a garden in the shape of a labyrinth.  Our local painter/designer Efren Gonzalez, was recruited to design a garden, honoring the power of positive action and thought.  A tractor was recruited, bricks ordered, top soil delivered and flowers and plants obtained. 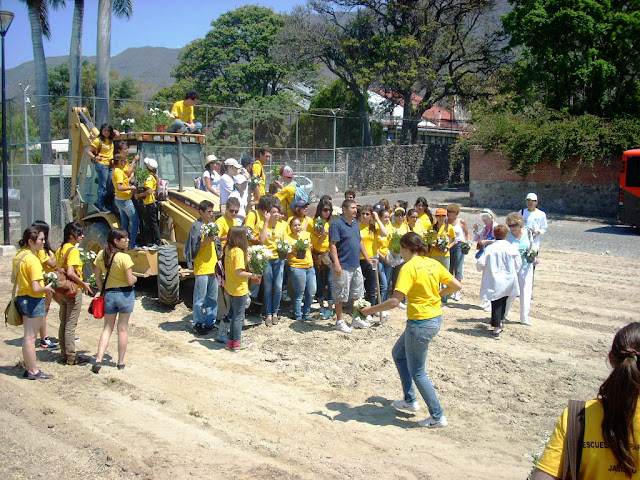 In the spirit of positive thought, Bill Vincent, local musical magician from El Chante led us in song singing John Lennon's "Imagine".  A minute of silence was observed, then more songs sung.  The youth were thoroughly engaged and entertained. 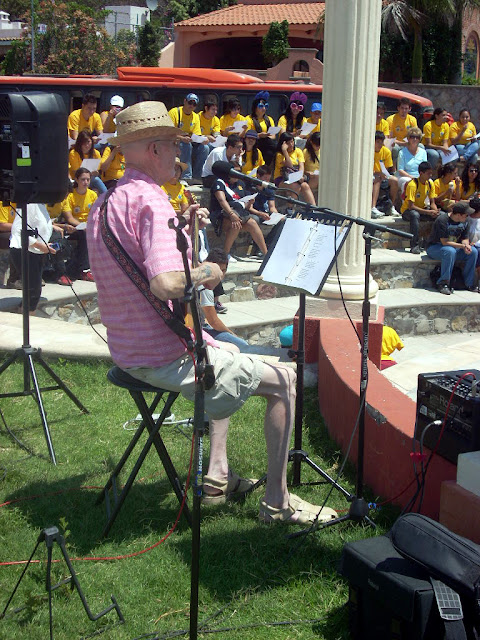 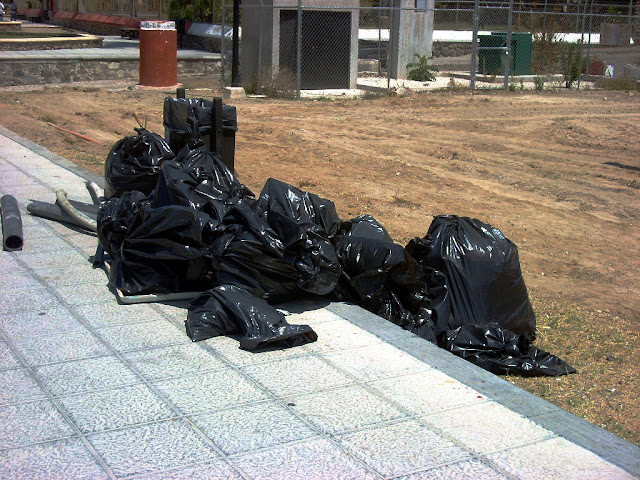 Some of the product 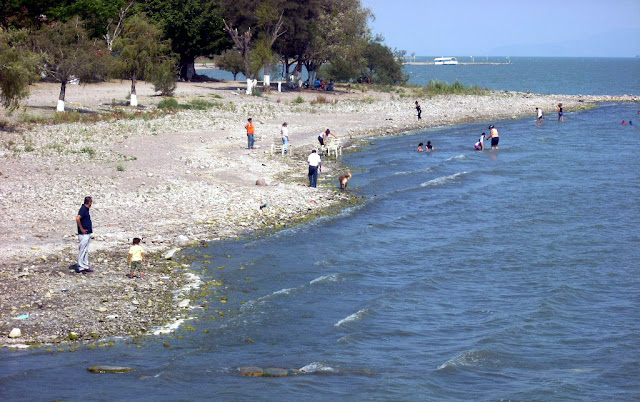 When I got home to our little lakeside chateau, I ran into Ana Maria, who is our neighborhood watch mother.  I asked her if similar cleanup efforts had ever been tried on our street.  She explained that before the current political administration took office, there had been resources for the locals to work and keep their neighborhoods clean and clear of trash and graffiti.  Now that money was nowhere to be found.  Ana Maria had high hopes for the change about to occur on July 1st with our Mexican elections.

I hope she is right.  I too have high hopes for our neighborhood.  Whether the next administration provides resources, or we gather and do the job ourselves, it will be a better lakeside for all.