After having a stop in Guadalajara for a couple of days to get some things in order with the house there, we started out this morning toward Chapala...our final destination.  Mixed emotions of leaving and arriving rushed over me simultaneously.

As we drove out of the metropolis which is Guadalajara on the carretera again, I was happy.  This was where all the effort, time and resources have gone...to get us to this place...right here...right now.

We drove through the city, out toward and into the country, past the airport and saw the volcanic mountains, in the distance, which surround Lake Chapala.  As we called out small towns that we knew or planned to visit we kept the mountains in sight throughout, because right over the pinnacle was the lake that we love so. 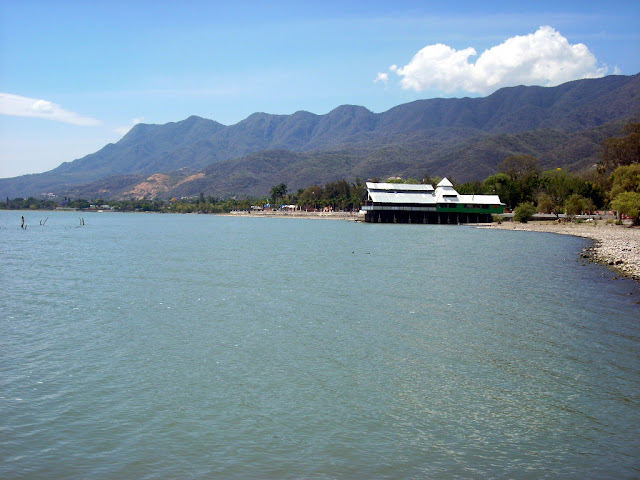 "I'm home." I told Brad, as we crested the mountain and the lake came into view.  Although it was a smokey mountain day, my heart skipped several beats at the vision.  I always wonder if this was what the indigenos saw when they first came to this spot...the spot where the water is born. 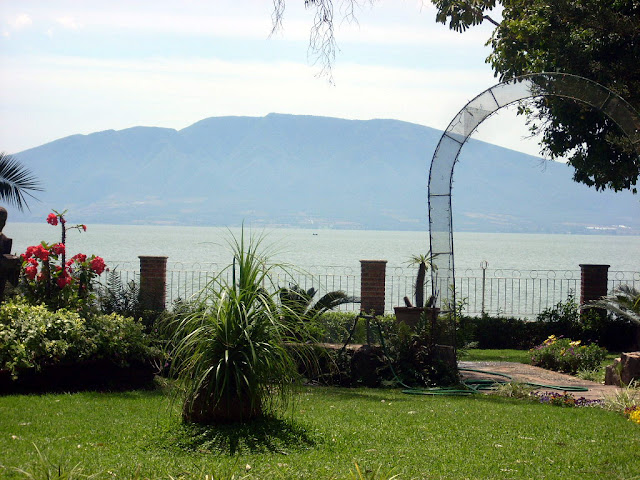 We arrived a bit early for our rental home, so we are staying at the Hotel Nuevo Posada, which is the only hotel lakeside in Ajijic.  The Nuevo Posada is a colonial gem of a place....lush gardens, antique wooden sculptures and a room with a view of the lake...can't get much better than this! 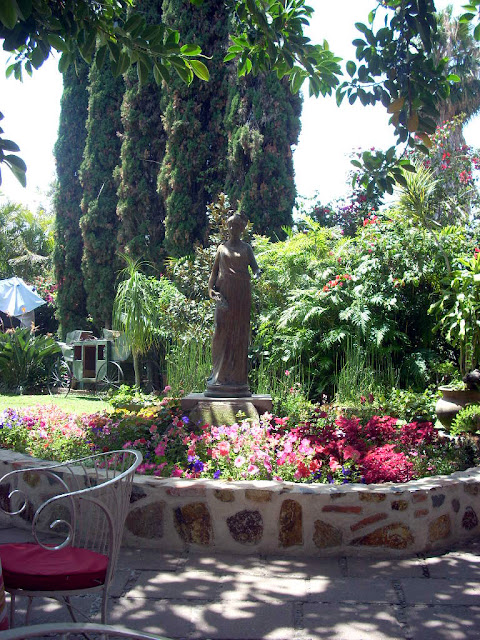 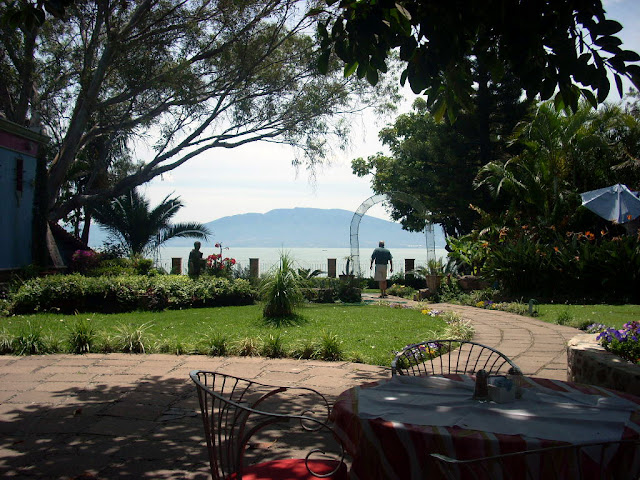 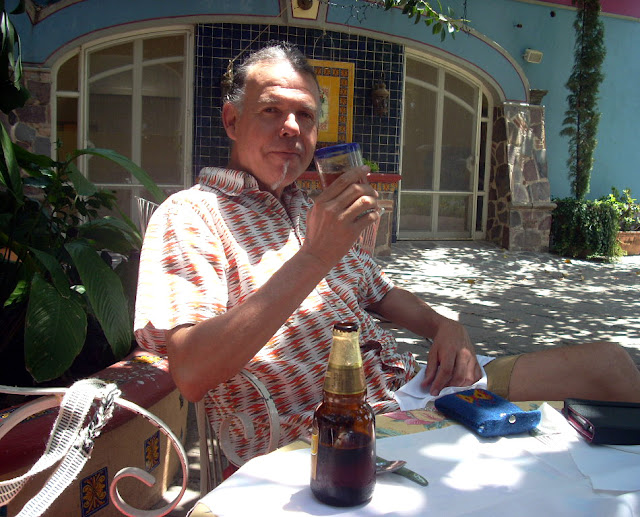 I highly recommend these..lime juice, salt, spice and cerveza...refreshing and delicious.
(another option is adding Clamato juice for a red version) 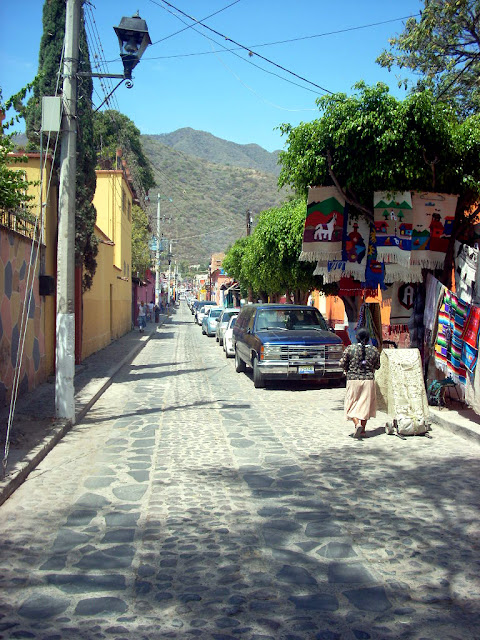 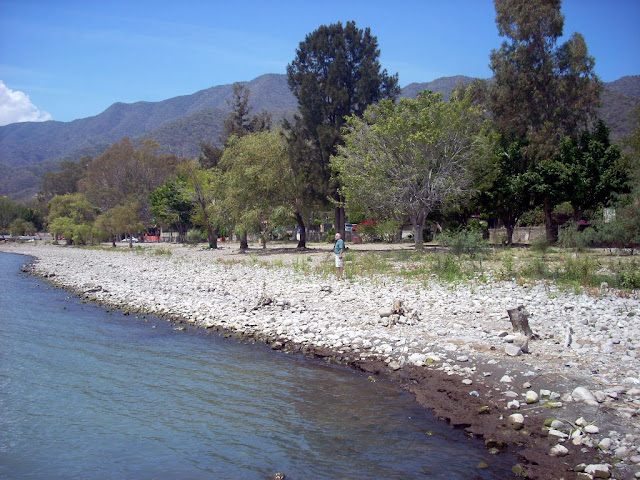 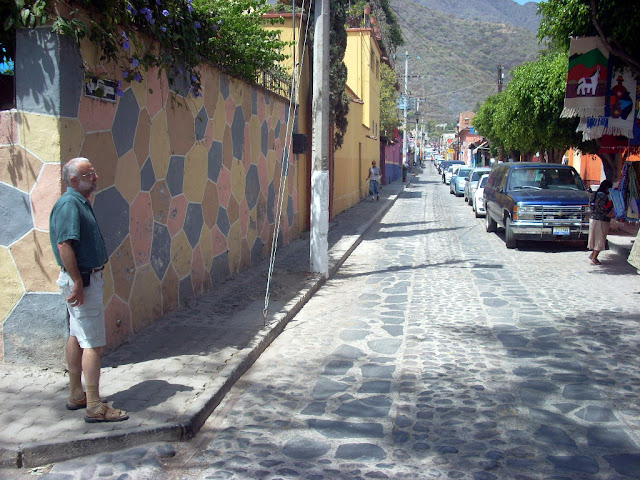 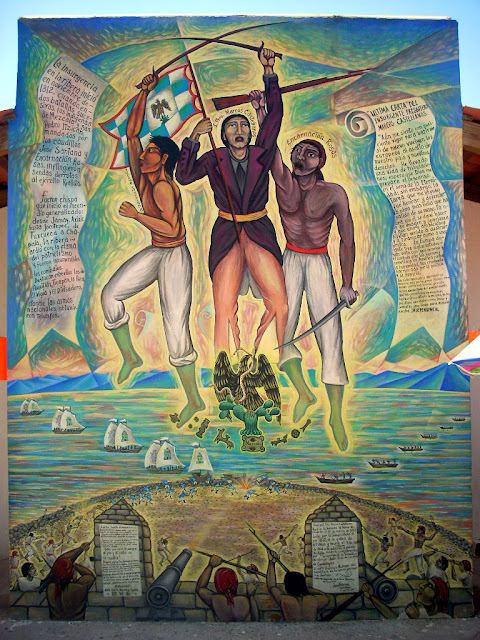 When I was here last, our friend Antonio Lopez Vega was just starting this mural of the resurrection of the lakeside civil battles against spanish oppression.  It was entered in a citywide mural competition and took a cash prize placing in the final top 3.

So now we rest, relax, decompress and become locals.

Tomorrow more visitng with friends, taking care of some business and getting down to the business of living.