Thursday we saw our new home for the first time.  It is a small 2 bedroom, 2 bath House in Riberas del Pilar, a quiet neighborhood nestled between the towns of Chapala and Ajijic (N-S) and the Lago de Chapala and the mountains (E-W).  We weren’t to take possession of the house until April 1st (tomorrow), but after touring the place and signing the papers, we were told we could move in that day…so of course we did.  We loved the hotel in which we were staying (Nuevo Posada) 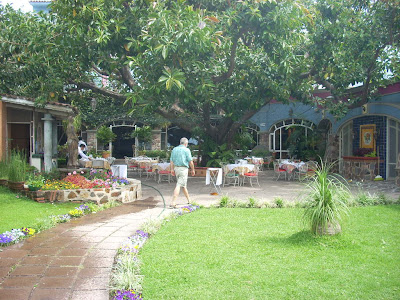 But it was time to unpack and stay for a while.  The neighborhood we live in does not have postal service.  We’re contemplating getting a P.O. box, but truly, who sends snail mail anymore?

We met our neighbors Luis and Ana Maria, who kindly offered to help us with whatever we needed.  Also there is Jim, the “one name only” expat…originally from somewhere in the states…that was 26 years ago.  Jim comes and goes, but always returns.  He gave us a run down on how water is delivered, how our water system works,…basically, he is the go to guy if anything in the house needs attention.  His two black dogs greeted Brad “nippingly” yesterday afternoon, after which they became respected friends.

Dogs are a different breed here.  My friend Anne says that all the dogs in Mexico always look as if they know just where they are going…walking with a purpose and destination in mind.  This is true.  From the street dog to the well groomed purebred…they all walk assuredly. 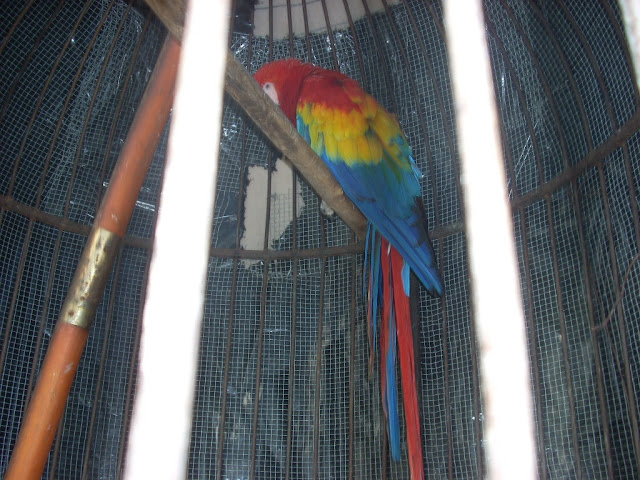 We also met Paco, the beautiful macaw, the last day we were at the Nuevo Posada.  Paco was a bit shy at first, but then became interactive when his caretaker brought his breakfast…speaking both in English and Spanish. 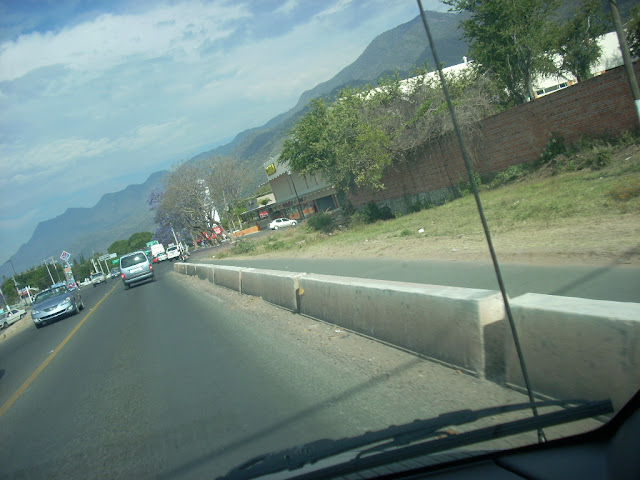 We have a dedicated bicycle-walkway, separated from the highway by a 3 foot concrete  median.  The bike-walkway runs around 1 entire side of the lake.  This is presently the biggest lake in latin America so that is a long trail.  I can’t wait to collect my mountain bike from the Guadalajara house and take my first ride along the lake this trip.


We attended our first yard sale today….Brad found a wonderful pair of green overalls for his landscaping work…we also scored some choice DVDs for a few pesos.


Since we do not watch TV, DVD’s and Netflix will be very treasured here.

Tonight is Good Friday and around this area fireworks have been exploding all evening.


The people here honor the Lady of Sorrows and today is Good Friday.  In Chapala there are religious tributes to La Dolorosa—Our Lady of Sorrows—which will mark the start of traditional Easter season observances in the Lake Chapala area. 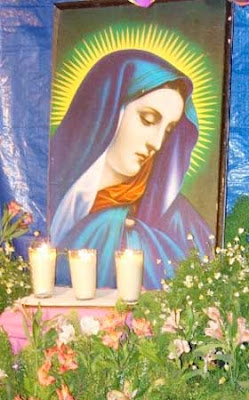 Traditional Easter season observances will commence Friday, April 3 when many faithful Roman Catholics set up shrines honoring Our Lady of Sorrows.
On the last Friday in Lent, this year on April 3, many local families display artistically-designed doorstep shrines centered on an image of the Virgin Mary dressed in mourning garb. It is a centuries-old national custom to represent the suffering of the mother of Jesus Christ and the hope for human redemption.
The pained countenance of La Dolorosa and the cross make up the focal points. Cloth drapes or strips of papel picado (tissue paper cutouts) are hung as a background for the display. The common color scheme is deep purple, the hue of mourning, and white, signifying purity.

Natural elements may include fresh flowers, especially red blossoms symbolizing the blood of Christ, and pine boughs or other types of greenery to represent the Mount of Olives.

Newly sprouted plants grown from corn, barley, wheat, alfalfa or chia seeds that were blessed and planted on Candlemas (February 2) are symbolic of rebirth. Bitter oranges or grapefruit stand for the bittersweet sacrifice of the Savior.

Copal incense and aromatic herbs such as chamomile and rosemary suggest the treatment of corpses in Biblical times. A cage containing a mourning dove or other songbird may be included as a source of soothing sounds to help heal a mother’s broken heart.

Sometime objects associated with the Passion of Christ are placed in the display – a crown of thorns, a lash, a ladder, a vinegar-soaked sponge and nails. A rooster represents the crowing that accompanied the denials of the Apostle Peter. A mirror may be added to reflect the human soul.

Some people refer to the altars as incendios, a term derived from the long-held practice of illuminating the shrines with many devotional candles.

Making the rounds to different households where the altars are displayed is another integral part of the Viernes de Dolores tradition. Visitors announce their arrival with a question to the host: “¿Ya lloro la Virgen?” (Has the Virgin cried yet?), they ask. This is the prompt for the host to ladle out a glass of agua fresca, a refreshing beverage served as a symbol of the Virgin’s spilled tears. Lime with chia seeds, jamaica flowers or tangy seasonal fruits are the most typical.

And so we’ll celebrate this year.  Easter week is a big deal here, with families and businesses taking time off to reflect and rest.  I hope you too find some time in your busy schedules to do the same.