Almost as if on cue, we awoke to the first non-sunny day in Chapala.  It was beautifully overcast this morning, so what better time to take the ole bicycle out on its maiden lago ride?  I dusted off my Specialized mountain bike, pumped up the tires, which amazingly still held and oiled up the chain...then rode and rode and rode around the lake, past Ajijic and into San Tomas, the next town. 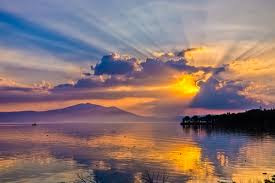 It's a funny thing...kilometers seem much shorter if you are driving a car...on a bicycle they seem to stretch and stretch...what took me 5 mins. to drive now took me 15 mins. to ride.  But it was a lovely ride, so I didn't mind.  On the way back home I stopped to buy 1/2 kilo of freshly made corn tortillas and freshly 'squoozen' orange juice for breakfast.

We opted for oatmeal with fresh raspberries, bananas and dates, which Brad had conveniently made while I was out riding.  The fruit here is too good to pass up, so we stocked up at the farmer's market and are enjoying the bounty.

Today was Guadalajara day...and it being a holiday week, the traffic was light.  We arrived in 20 mins.  Our mission was to find our old blender for our use in the Chapala house, pick up my artwork and folkart, a few towels and return lakeside.  We were successful and packed the van with my treasures. 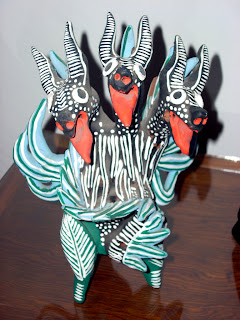 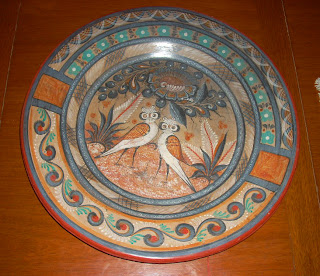 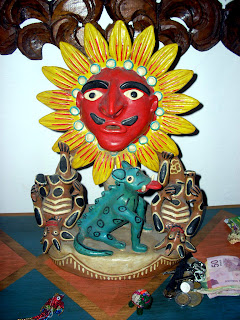 CCC - It always seems time to eat here...so hunger led us to El Farrallon del Tepic, an amazing seafood restaurant right around the block from the Guadalajara house.  We feasted on seafood ceviche, a la mexicana, grilled seasoned salmon and pescado filette a la Cordon Bleu, which was a beautiful, thick white fish filette stuffed with seafood in a cream mushroom sauce.  The food was so good that I forgot to take pictures...but just let your tastebuds run wild...imagine a perfectly cooked meal compelete with Michelada....ah, what perfection!  For dessert Brad had a Flan Nepolitano...a twist on traditional flan.  Flan Nepolitano is a whipped, fluffier version of the original...just as tasty. 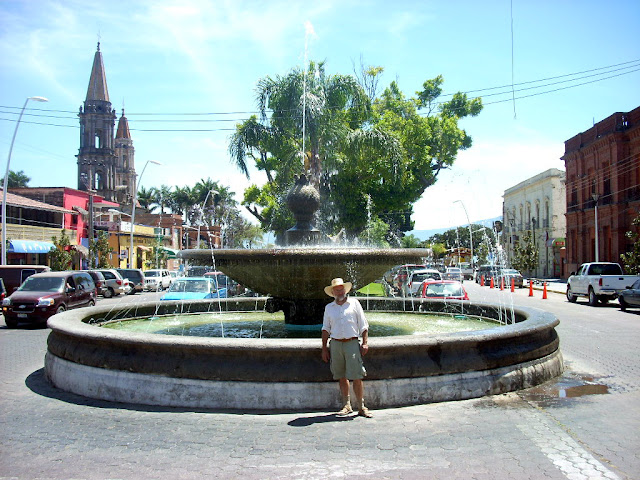 Our plan was to drive to Tlaquepaque, an old artisan town just south of Guadalajara, on the way back to the lake, but our siestas were calling so we headed back to the lake.

In search of a specific water, we detoured through parts unknow of the city and happened upon the old railroad station. The story behind the old train station goes back to the beginning of the century. President Porfirio Diaz, who was Mexico's dictator for 35 years, often visited the Chapala area spending Easter Week, accompanied by Mexico City high society, in El Manglar (The Mango Grove), which was owned by his brother-in-law who people called "El Chato." Presently the property is divided in thirds and is owned by Jorge Dipp, Jorge Salcedo, and Jose Manuel Gomez.

That Porfirian time was called "The Belle Epoque," since Diaz benefited the elite and there were foreigners in the Mexican government. "They flocked in from the four corners of the world, and during this era Chapala became the watering hole and resort of the upper classes. 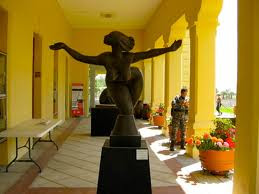 The former golf course of the estate is now a huge public park which runs right up to the lake...called Parque Christina.

As we arrived home lakeside, we felt small drops of rain...ever so slight...fall.  This would be our first rain here...a baptism of sorts....and it made my heart happy. 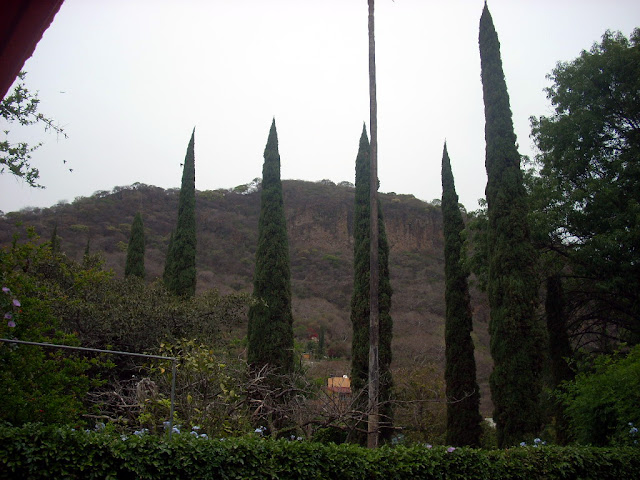 Perhaps this weather is fitting, it being Maundy Thursday.

Maundy Thursday (also known as Holy Thursday, Covenant Thursday, Great and Holy Thursday, Sheer Thursday and Thursday of Mysteries) is the Christian feast, or holy day, falling on the Thursday before Easter. It commemorates the Maundy and Last Supper of Jesus Christ with the Apostles as described in the Canonical gospels.[1] It is the fifth day of Holy Week, and is preceded by Spy Wednesday and followed by Good Friday.[2]


Most scholars agree that the English word Maundy in that name for the day is derived through Middle English and Old French mandé, from the Latin mandatum, the first word of the phrase "Mandatum novum do vobis ut diligatis invicem sicut dilexi vos" ("A new commandment I give unto you, That ye love one another; as I have loved you"), the statement by Jesus in the Gospel of John 13:34 by which Jesus explained to the Apostles the significance of his action of washing their feet.

So as I write, the rain is falling so beautifully, watering our garden and filling the lake again.
We have our rain barrels out and filling nicely...with tequila in hand I sign off.