Organic Market Tuesday Again!  How did that happen, that it has been a week already since we attended our first Organic Farmers Market in Ajijic?  "Hijole" as they say here....time has volado!

Regardless, we decided to meet our dear friends Charis and Craig at the market at 10 a.m. which is a push for us...anything before 11 a.m. is just not Mexican civil...but we managed to get our behinds in gear and made the market, where we found lovely produce, quesos, samosas, kefir, seeds, babaganosh and hummus.  What a bounty.  Charis' holistic healer was present, as well as the Mexcian young lady who is creating our local Seed Exchange Network.  We were able to ask about our healing and seed needs all in one place...this is the definiton of efficiency. 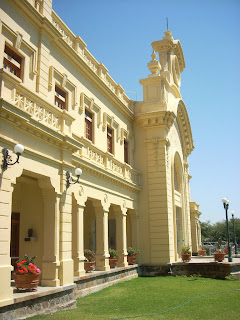 Our plan after the market was to go agave shopping and leaf collecting.  I opted out of the original plan.  I've been itching to take a long bike ride out to the country by way of Mezcala, an indigenous town south of the lake.  On the way is the local Cultural Center and Museum, so I packed my backpack with freshly sliced coconut and a beautiful spinach and requeson quiche for lunch.  Water bottle in hand I was off. 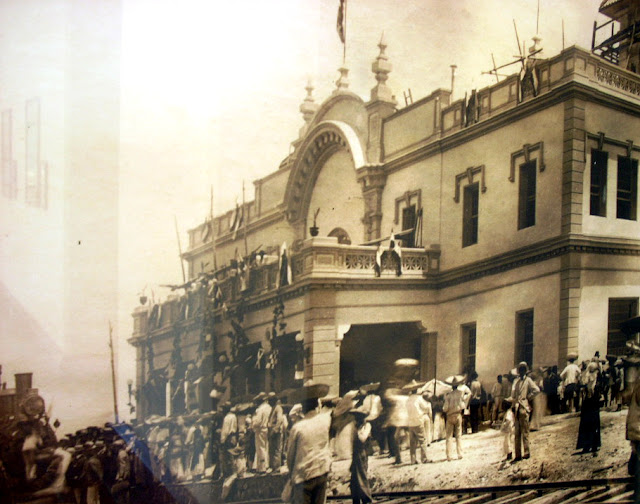 The Gonzalez Gallo Cultural Center is housed in the old railroad station that was inaugurated in 1920 and which was used by President Porfiio Diaz when he frequently visited Chapala.

From 1904 to 1909 Chapala was the chosen sprintime vacation destination for the president and his family and friends.  His brother-in-law Lorenzo Elizaga was the owner of a house called "El Manglar" (The Mangrove) where Diaz and his entourage stayed.

Our house here in Riberas butts up right next door to "El Manglar".  The estate is still a beautiful haven for flora and fauna, and the occasional human. 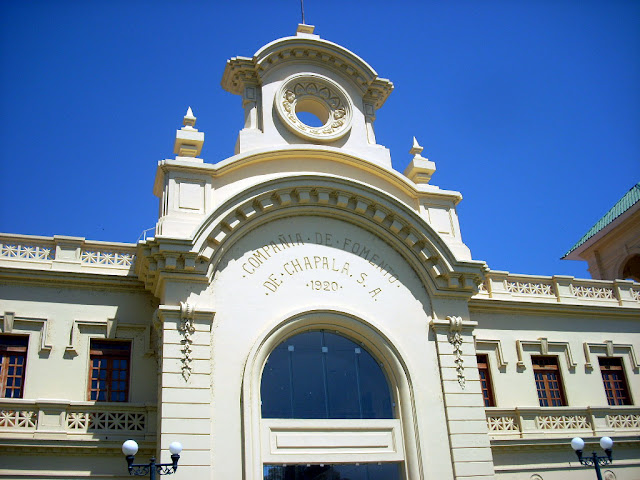 In 1917 The Chapala Development Company (Compania de Fomento de Chapala S.A.) was created and 16.2 miles of railrod tracks were installed.  For 5 years the railroad ran between Guadalajara and Chapala.  In 1925 the water of the lake rose dramatically and flooded the Station.  Soon after, the development company went bankrupt and sold its assets, including the building.  At the same time the automobile highway between Guadalajara and Chapala was inaugurated and it was quicker and cheaper to drive the route.

The building fell into disrepair and ruin.  It was restored in 1977 and christened as the Centro Cultural, which I visited today. 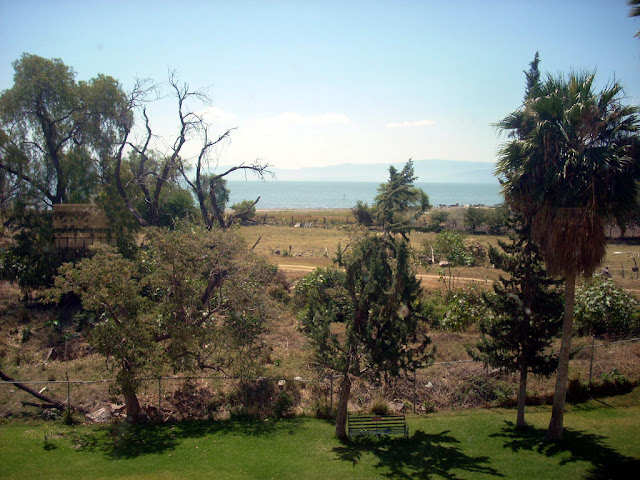 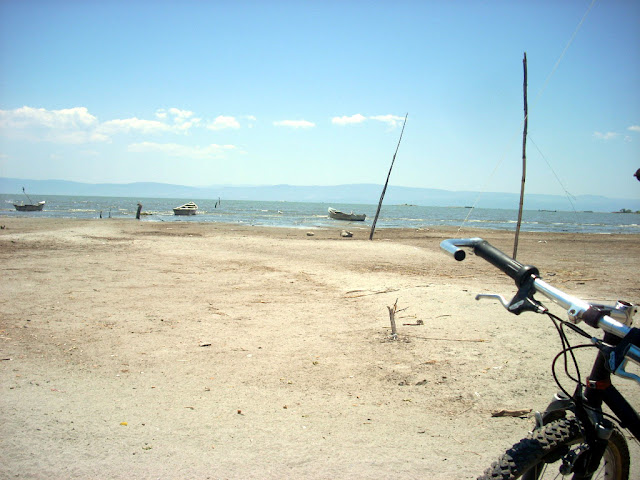 
Continuing out of  town on the road to Mezcala I arrived at the small town of Sn. Nicholas.  From the highway you could see a stretch of white sandy beach along the lakeside, which was so inviting I took my mountain bike off roading a bit and headed to the water's edge.

When I arrived I found campers on the beach complete with tents.  It was a family that had taken some time off for Easter Week and were enjoying the water, the view, the calm winds and sun.  It proved to be the perfect place for lunch.  I found a tarped, shaded area on the beach and parked my carcass for a while.  Above is the view during lunch.

After a yummy lunch and peaceful rest I explored the area and found a caballero and his caballo doing a bit of riding work...and I thought of my sister-in-law Linda, who would have been so impressed with this horse and it's barebacking rider.  Both were very accomplished and the horse truly stunning. 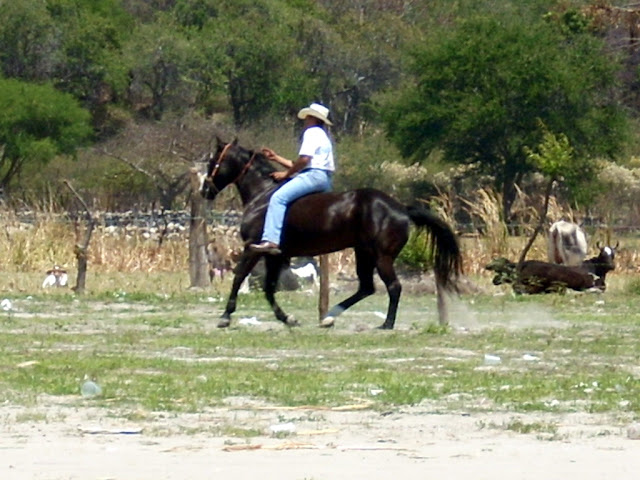 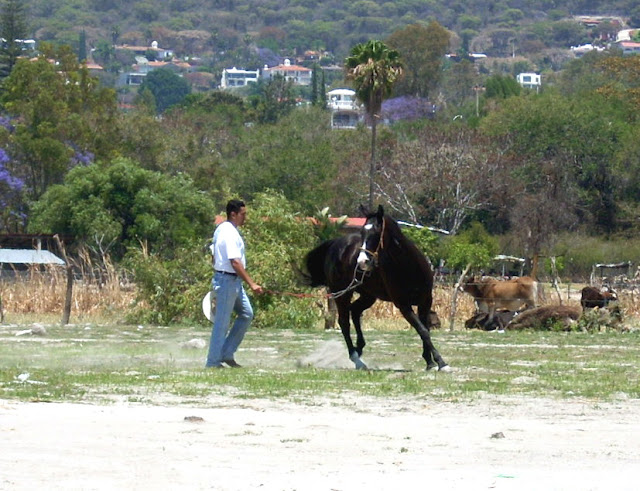 Sn. Nicholas proved to only be approximately 10 kilometers from town...and Mezacal was still a good 13 kilometers beyond, so I decided to call it a day and return to Chapala, saving Mezcala for another day when my stamina was higher and the sun not so hot.

Here is to many more surprisingly beautiful afternoons.